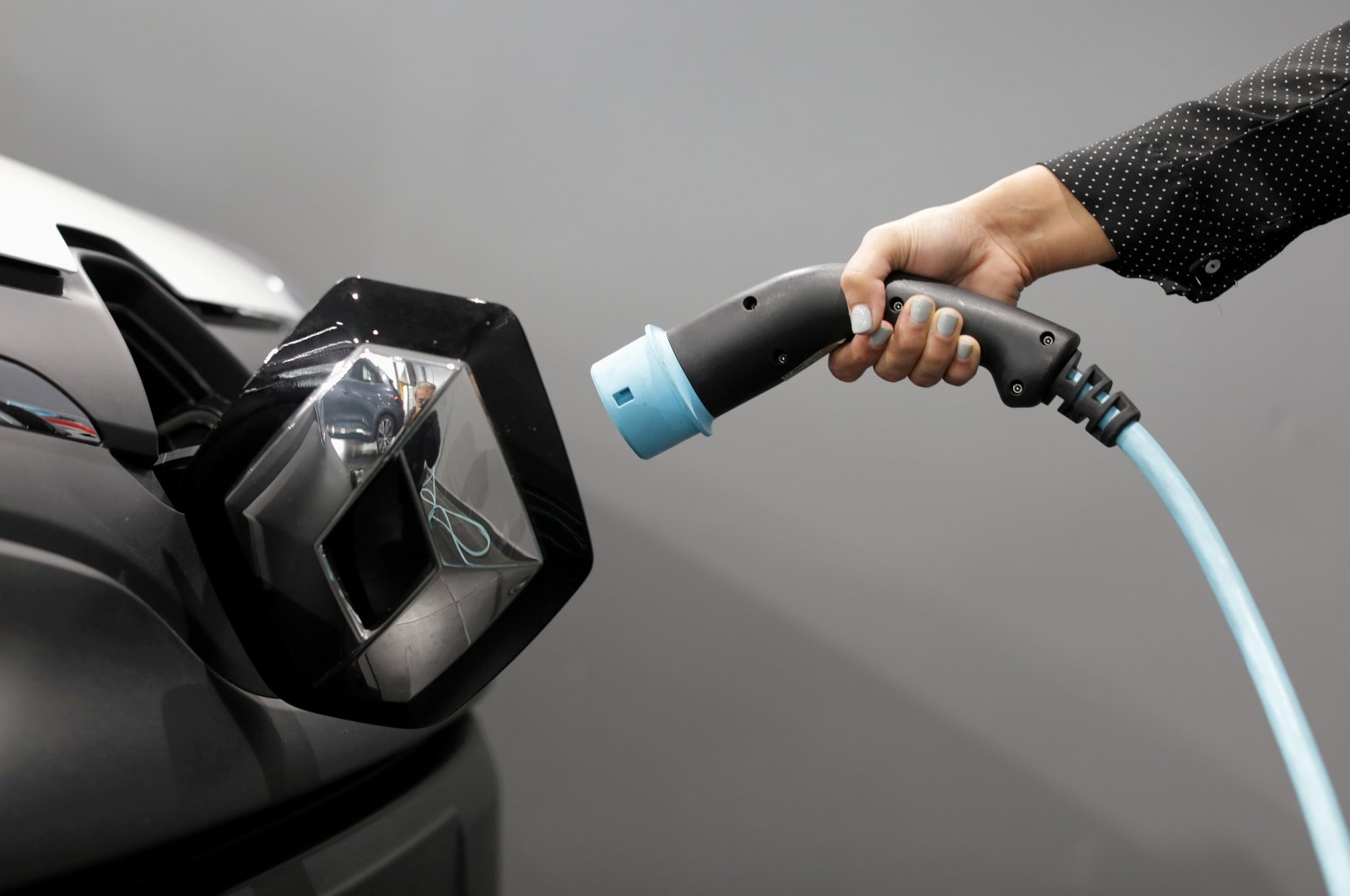 Electric vehicles (EVs) are simply not convenient enough for mass-market acceptance because they take excessive amounts of time to charge and consumers fear running out of juice before the next station, according to the auto industry.

Automakers have sought to quell those concerns by developing EVs that go farther per charge and fill up faster. Problem is, most public charging stations now fill cars much too slowly, requiring hours – not minutes – to provide enough electricity for an extended trip.

Concerned that such prolonged waits could turn away potential EV buyers and keep them stuck on gas-burning vehicles, automakers are trying to cut charging times to something close to the five or 10 minutes of a conventional gasoline fill-up.

"It’s absolutely the target to get faster and faster,” said Brett Smith, technology director at the Center for Automotive Research, an industry think tank. "It’s not there yet, but it’s one of those things that moves the needle more toward a competitive vehicle for a lot of people, this ability to fast charge.”

The latest generation of EVs, many with ranges around 300 miles per charge, can accept electricity at a much faster rate than previous models could. So fast, in fact, that most charging stations cannot yet accommodate the vehicles' advanced technology.

It can now require hours to fully charge an electric vehicle because most stations operate on a home-like alternating current. Direct-current fast-charging stations, by contrast, are hours faster. But they can cost tens of thousands of dollars more.

The high cost is something the Biden administration will have to consider as it develops incentives to encourage companies and governments to build 500,000 charging stations nationwide by 2030. Among the possibilities being discussed are grants, with $15 billion in spending over five years to build the network, including fast chargers along highways and in communities. Details are being worked out as the administration negotiates its infrastructure plan with key members of Congress.

Of the roughly 42,000 public charging stations in the United States, only about 5,000 are considered direct-current fast chargers, according to the Department of Energy. The rest are like home chargers and they require roughly eight hours to fully charge longer-range batteries, longer than anyone wants to wait to charge a vehicle on a road trip.

And most fast chargers can pump out only about 50 kilowatts per hour – requiring roughly an hour to charge an average EV to 80% – even though newer EVs are capable of being charged must faster than that.

"It’s one of the big barriers for someone who is not living with a battery-electric vehicle yet,” said Alex Tripi, who head’s Volvo’s electric vehicle marketing. "It will continue to be for a while.”

Limited by technology, early electric vehicles charged at ridiculously low speeds when compared with recent models. When Nissan's Leaf first went on sale more than a decade ago, for example, it could take in only 50 kilowatts per hour from a fast charger. That meant it took a half hour to charge it to 80% of its small battery, just 58 miles.

Newer EVs can be charged even faster. But they far exceed the capacity of most fast chargers. Ford's Mustang Mach-E and F-150 Lightning can take in 150 kilowatts per hour. Hyundai's Ioniq 5 and Porsche's Taycan are over 200 kilowatts.

The Hyundai, with 300 miles of range, can go from a 10% charge to 80% in just 18 minutes, much closer to gasoline fill-up times. Hyundai knows there aren't many chargers now that can fill the Ioniq that fast. But it says it's ready for a future when more quick chargers are more widely available.

Automakers tend to quote charging times to 80% of battery capacity because it takes much longer to go from 80% to 100%; the final 20% is often slowed down to prolong battery life.

"Hopefully the infrastructure will improve across the U.S. for this to be a whole lot more viable," said John Shon, senior manager of product planning.

Tesla, which has its own private charging network of 25,000 plugs worldwide, leads in nearly every measurable category and just posted its seventh straight profitable quarter. Its newer chargers can crank out up to 250 kilowatts and 175 miles of range in about 15 minutes.

Electrify America, a charging network funded with money paid by Volkswagen as punishment for its emissions cheating scandal, says it's ready for the newer EVs. Having installed fast chargers since 2018, it runs more than 600 stations with 2,600 plugs nationwide. All can pump out 150 kilowatts. That means they can charge a typical EV with 300 miles of range to 80% of battery capacity (240 miles) in roughly 45 minutes. Electrify America is adding 350-kilowatt stations, which can charge twice as fast.

A fast-charge fill-up to 80% of battery capacity varies by state but typically costs around $16.

Even Tesla owners, who can access the nation’s biggest fast-charging charging network, risk running out of juice on road trips, especially in rural areas. On Monday, one such driver, Dan Nelson, said he had to stop at a Tesla station near Ann Arbor, Michigan, for more than 20 minutes to make sure his Model 3 had enough charge to reach his rural home 25 miles away.

"There’s definitely improvements that can be made,” said Nelson, who charges at home most of the time.

Bruce Westlake, president of the East Michigan Electric Auto Association, suggested that such anxiety tends to ease as people gain more experience with EVs. He said he is now comfortable running his two Teslas as low as 5% of battery capacity to go farther between charges on trips.

Research by J.D. Power and Associates shows that most people think charging stations are needed at locations where gas stations are now. But in fact, according to the Energy Department, most EV owners charge at home more than 80% of the time.

That means super-fast chargers, which can cost close to $100,000, should be built mainly along highways where people are traveling long distances and need to charge quickly, experts say. They also may be needed in urban areas where people live in apartments with no access to a home charger.

It's far from clear that the automakers can depend on a proliferation of fast chargers across the country to build customer confidence and propel EV sales in the years ahead. The high cost and heavy load on utility grids likely will limit the number of fast chargers to areas where they're needed for quick fill-ups, said Jessika Trancik, an associate professor at the Massachusetts Institute of Technology who studies EV charging.

"As we're approaching this transition," she said. "It's important to be more strategic than just putting them everywhere.”

Charging companies have time to figure out where to build fast chargers because it would take more than 17 years to convert the entire U.S. fleet of 279 million passenger vehicles from petroleum to electricity – even if every motorist were willing to make the switch, said Pasquale Romano, CEO of ChargePoint, a charging station company.

But the chargers can't come fast enough for automakers, who want more people to buy their EVs to spread development costs over more vehicles. In 2020, global electric car sales jumped 41% despite pandemic restrictions.

Romano says fast chargers will be needed about every 75 miles on roads that connect metro areas, and that the United States should get there in about two years. As more EVs are sold, he said, more stations will be built.

"You don't want to put all the infrastructure in for 20 years starting with vehicle zero,” Pasquale said. "This is about the natural organic growth.”

EVs are getting ahead of the public charging network, which isn't ready to handle the higher kilowatts that the parade of new vehicles can handle. Adding to the urgency – EVs will be cheaper to produce than fossil fuel cars by 2027.

Experts, however, say there's time for the chargers to catch up as long as EV sales don't take off too fast, and if charging networks are willing to invest in faster systems.