Elon Musk unloads $5B of Tesla stock after Twitter poll 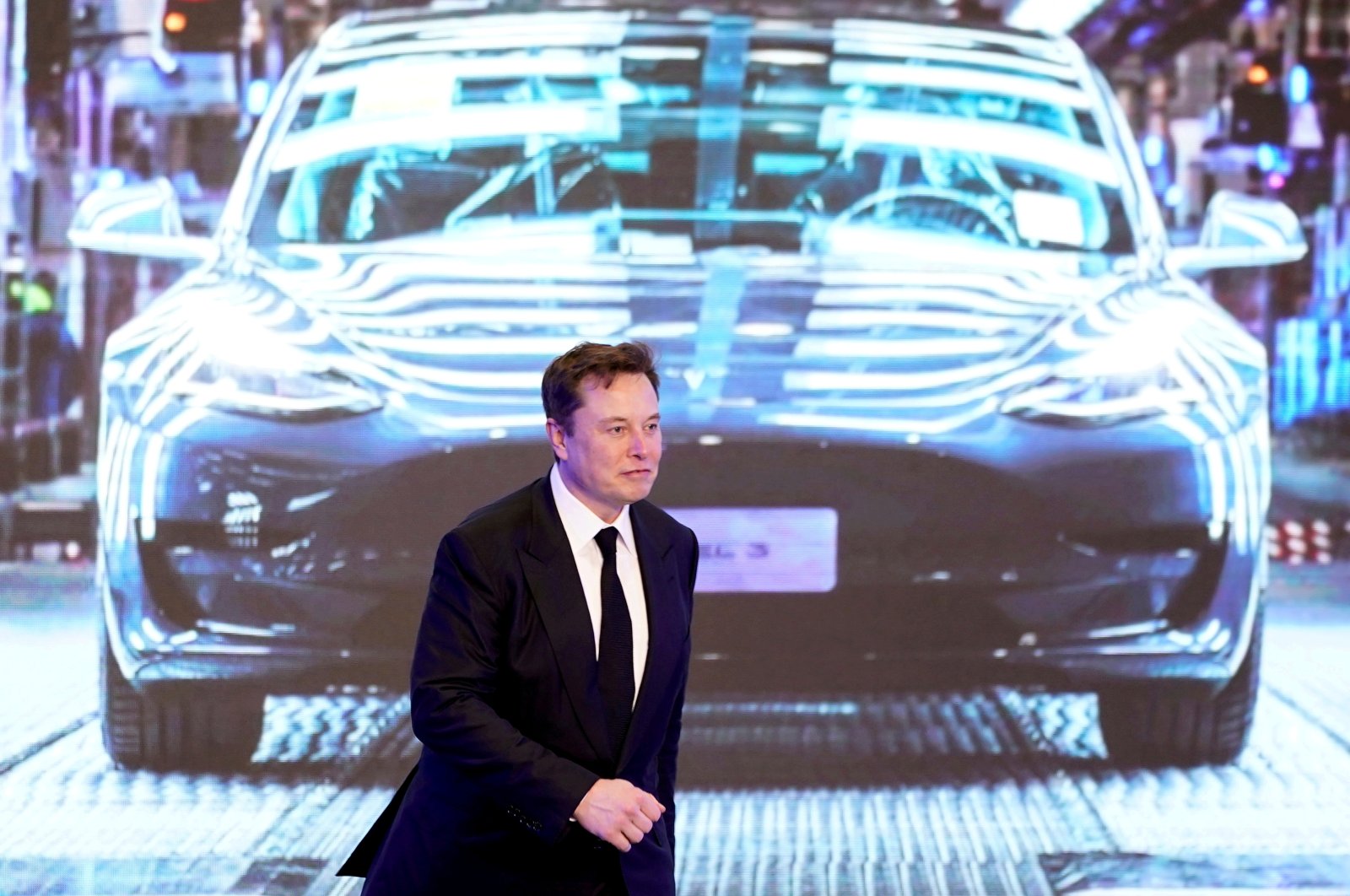 Tesla CEO Elon Musk walks next to a screen showing an image of the Tesla Model 3 car during the opening ceremony of the Tesla China-made Model Y program in Shanghai, China, Jan. 7, 2020. (Reuters Photo)
by Agencies Nov 11, 2021 9:09 am
RECOMMENDED

Tesla CEO Elon Musk has sold about $5 billion in shares of his electric carmaker, filings showed late Wednesday, just days after he asked Twitter users about selling his 10% stake.

In his first share sale since 2016, Musk’s trust sold nearly 3.6 million shares in Tesla, worth around $4 billion, while he also sold another 934,000 shares for $1.1 billion after exercising options to acquire nearly 2.2 million shares.

The 4.5 million shares equate to about 3% of his total holdings in the electric vehicle manufacturer, which makes up the vast part of his fortune.

Musk on Saturday polled Twitter users about selling 10% of his stake, helping to push down Tesla's share price after a majority on Twitter said they agreed with the sale.

The stock sank 12% on Tuesday in a multi-day selloff that endangered the company's position in the $1 trillion club but recovered 4.3% on Wednesday.

The options-related sales were set up in September through a trading plan that allows corporate insiders to establish preplanned transactions on a schedule, the filing said. The sales of the option-related shares are paid for associated taxes. It was not clear how or whether the trading plan related to Musk’s Twitter poll. Tesla did not respond to a request for comment.

The additional share sales were separate and provided Musk with sizeable cash reserves, given his wealth is largely tied to his stakes in Tesla and SpaceX.

Musk has more than 20 million further stock options that will expire in August of next year.

After the transactions, Musk still owns about 167 million Tesla shares. Musk was Tesla’s largest shareholder as of June, owning about 17% of the company, according to data provider FactSet. He’s the wealthiest person in the world, according to Forbes, with a net worth of around $282 billion, most of it in Tesla stock.

If Musk carried out the 10% stock sale plan, it would be a slight negative near term, said Mark Arnold, chief investment officer at Hyperion Asset Management in Brisbane, where Tesla is the top holding in its global fund.

“But the stock is pretty liquid and it's not a huge percentage of total issued shares, so it shouldn’t have that much of an impact ... we’re quite comfortable with the outlook for the business,” he said.

While Tesla has lost close to $150 billion in market value this week, retail investors have been net buyers of the stock. Some 58% of Tesla trade orders on Fidelity’s brokerage website on Wednesday were for purchases rather than sales.

Retail investors made net purchases of $157 million on Monday and Tuesday, according to Vanda Research.

Tesla is now up more than 51% in 2021, thanks largely to an October rally that was fueled by an agreement to sell 100,000 vehicles to rental car company Hertz.

“The company itself is on fire, with strong results,” said Tim Ghriskey, a senior portfolio strategist at New York-based investment management firm Ingalls and Snyder.

Bullish sentiment returned to Tesla's options on Wednesday, with about 1.1 calls traded for every put. Calls are typically used for bullish trades while buying puts shows a bearish bias.

The company’s options accounted for about $109 billion in premium changing hands over the last two weeks, or about one in every three dollars traded in the U.S.-listed options market, according to a Reuters analysis of Trade Alert data.