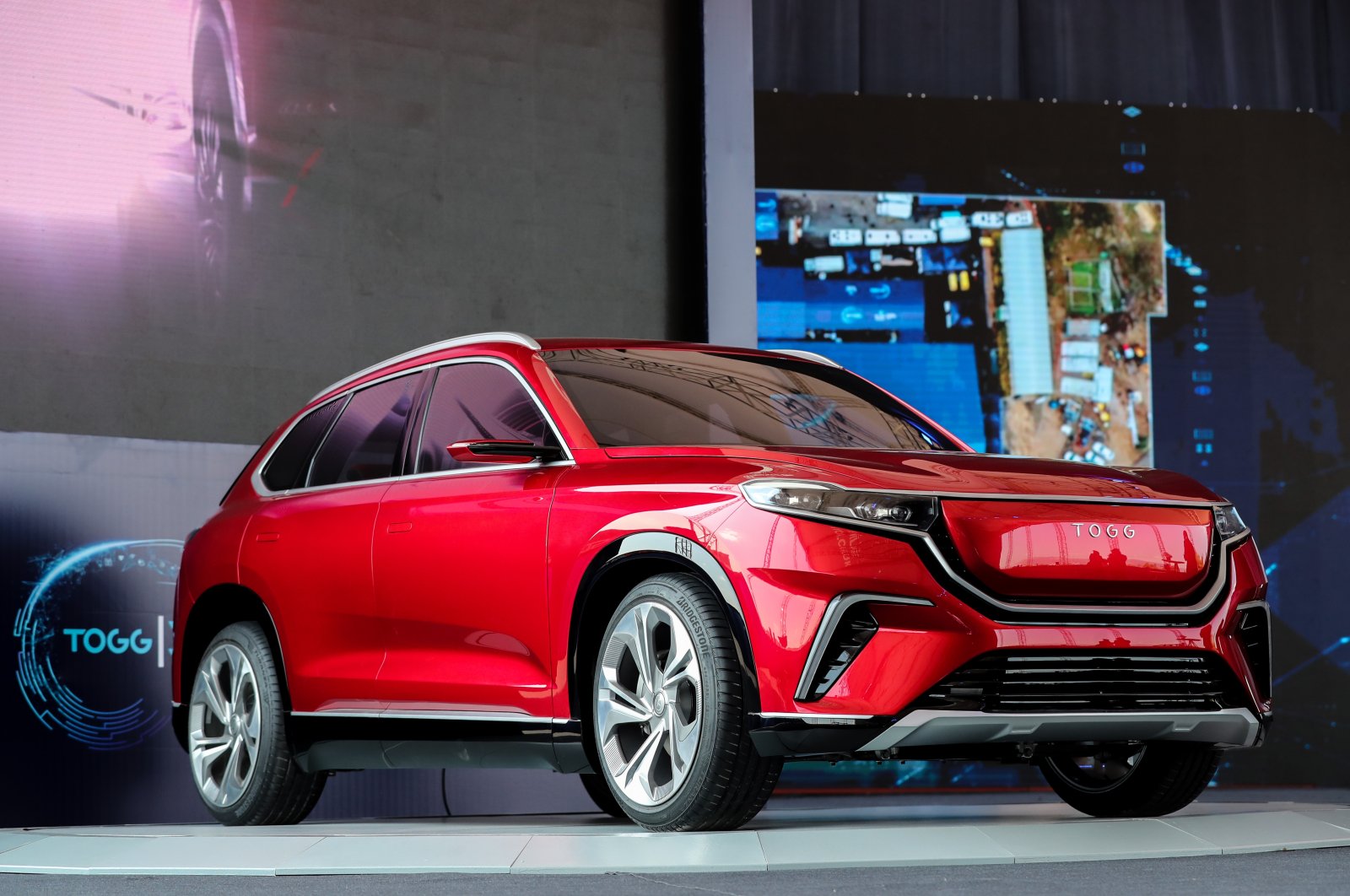 A prototype of Turkey's first domestically developed car is on display at the groundbreaking ceremony for its factory in the Gemlik district of northwestern Bursa province, Turkey, July 18, 2020. (AA Photo)
by DAILY SABAH Jul 18, 2021 4:41 pm
RECOMMENDED

The consortium developing the nation’s first domestically produced automobile showcased the integrated body assembly in a post on Twitter.

TOGG was launched on June 25, 2018. It is led by former tech-giant Bosch executive Mehmet Gürcan Karakaş, who was appointed chief executive officer in 2018.

President Recep Tayyip Erdoğan in December 2019 unveiled prototypes for a sport utility vehicle (SUV) and a sedan, both fully electric and C-segment models.

Construction of TOGG’s engineering, design and production facilities began on July 18, 2020. The facility, built on an area of 1.2 million square meters (12.9 million square feet) in the Gemlik district of northwestern Bursa province, is planned for completion in early 2022.

As for suppliers, TOGG has reached deals with 10 global corporations – 75% of them from Turkey and the remaining 25% from Europe and Asia.