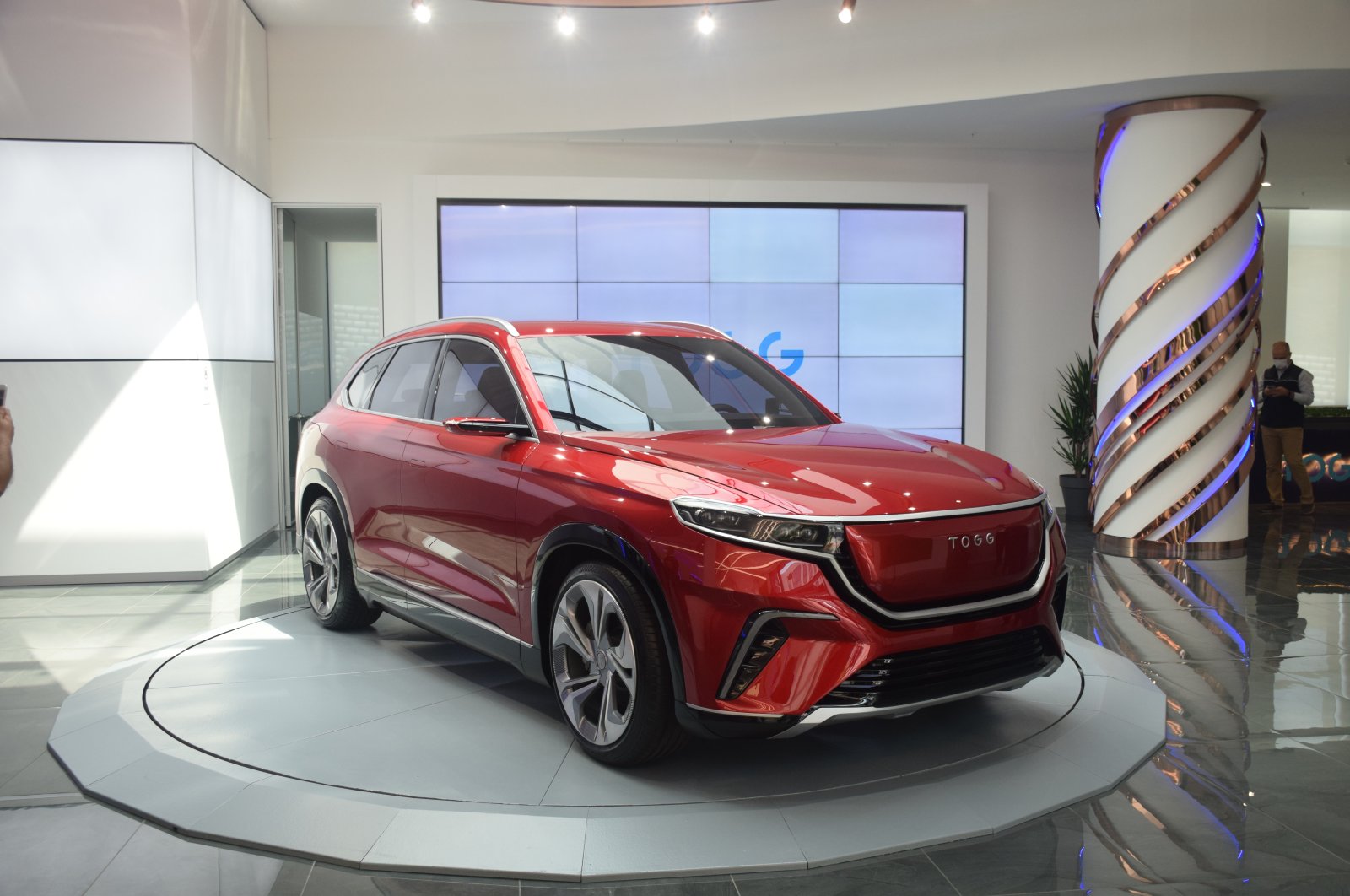 A prototype of an SUV model of Turkey’s first domestic car is seen during an event in the northwestern province of Kocaeli, Turkey, Aug. 24, 2021. (AA Photo)
by DAILY SABAH Nov 02, 2021 1:21 pm
RECOMMENDED

Turkey’s first domestically produced automobile rolled off the assembly line and hit the track in Istanbul in what appeared to be an acceleration test as part of the latest work on the project.

The video shared on Twitter on Monday features engineers building a prototype of TOGG’s fully electric sport utility vehicle (SUV) from scratch, before it performed what appears to be an acceleration test at the Istanbul Park circuit.

“We are achieving our goals step by step,” read the tweet. “Our journey to the New League continues without slowing down.”

During the lap of the Istanbul track, the SUV accelerated from zero to 100 kilometers per hour (km/h) in a whopping 4.8 seconds, according to the video. The milestone was achieved with four passengers in the car with the driver.

“Our smart SUV vehicle, whose functional prototype production processes have been completed in Turkey with the approval of electronic and mechanical systems, has been pre-approved,” the consortium said.

TOGG was launched on June 25, 2018. It is led by former tech-giant Bosch executive Mehmet Gürcan Karakaş, who was appointed CEO in 2018.

Construction of TOGG’s engineering, design and production facilities began on July 18, 2020. Built on an area of 1.2 million square meters (12.9 million square feet) in the Gemlik district of northwestern Bursa province, the facility is scheduled to be complete in early 2022.