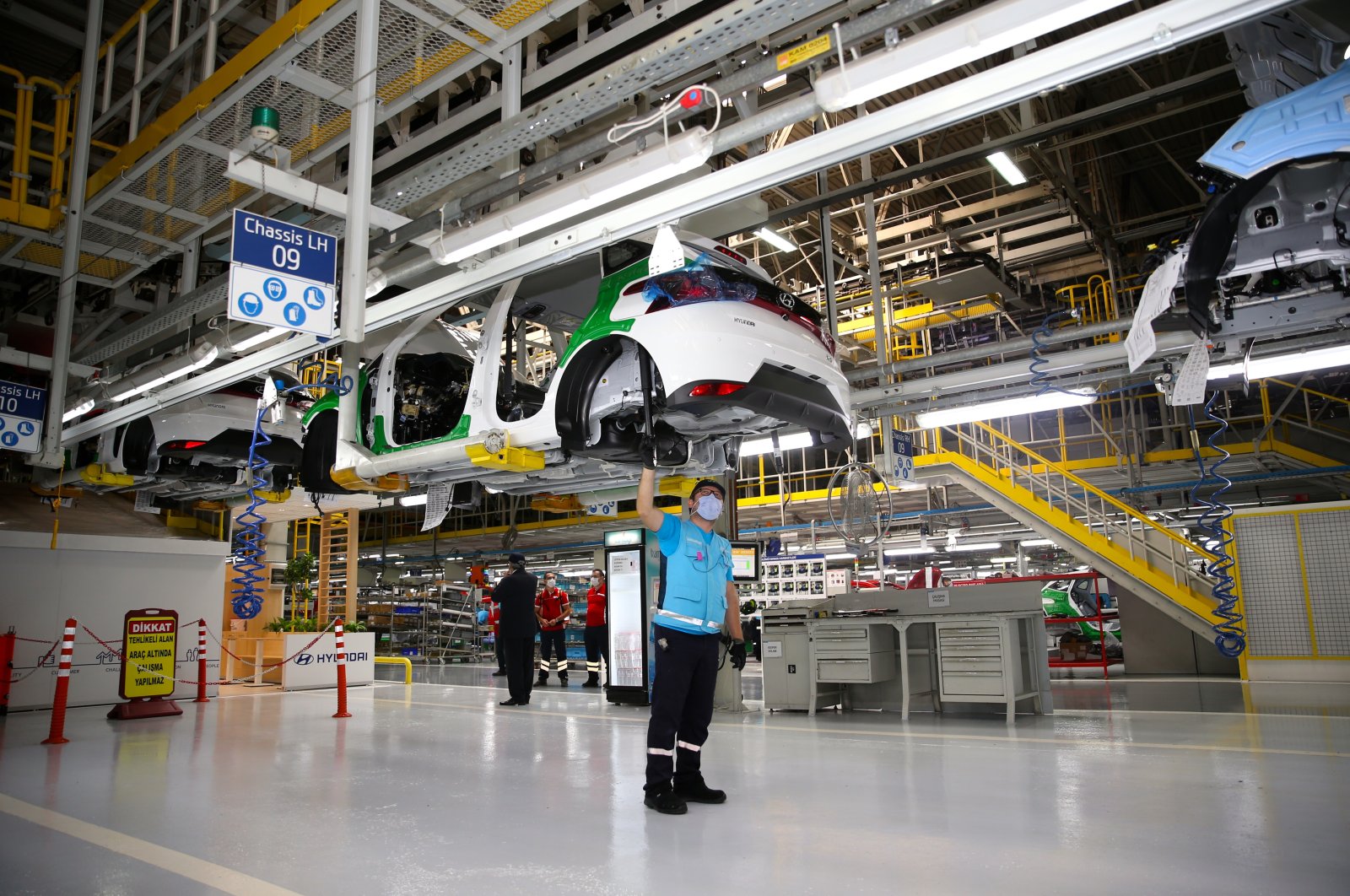 Production in Turkey's automotive industry increased from January through July this year but slowed last month, a sectoral report revealed on Monday, amid the global semiconductor shortage that has been hindering output.

Automobile production rose by 2.1% year-on-year to 449,550 in the seven-month period, the data showed.

The overall auto sales market, including light trucks and other vehicles, grew by 31.4%, reaching 461,730 in the same period.

Coronavirus pandemic lockdowns caused a shift in consumer spending toward electronics and a spike in demand for the semiconductor chips that run them.

Many of the Turkish top carmakers such as Ford Otosan, Tofaş and Oyak Renault had to temporarily pause their outputs in their factories in the past months.

A report by the OSD also revealed that automotive industry exports jumped 26.8% on a dollar basis to $16.7 billion between January and July.

Turkey exported 512,320 vehicles, of which 322,874 were passenger cars, during these months. The capacity utilization rate in the sector was around 62% in January-July.