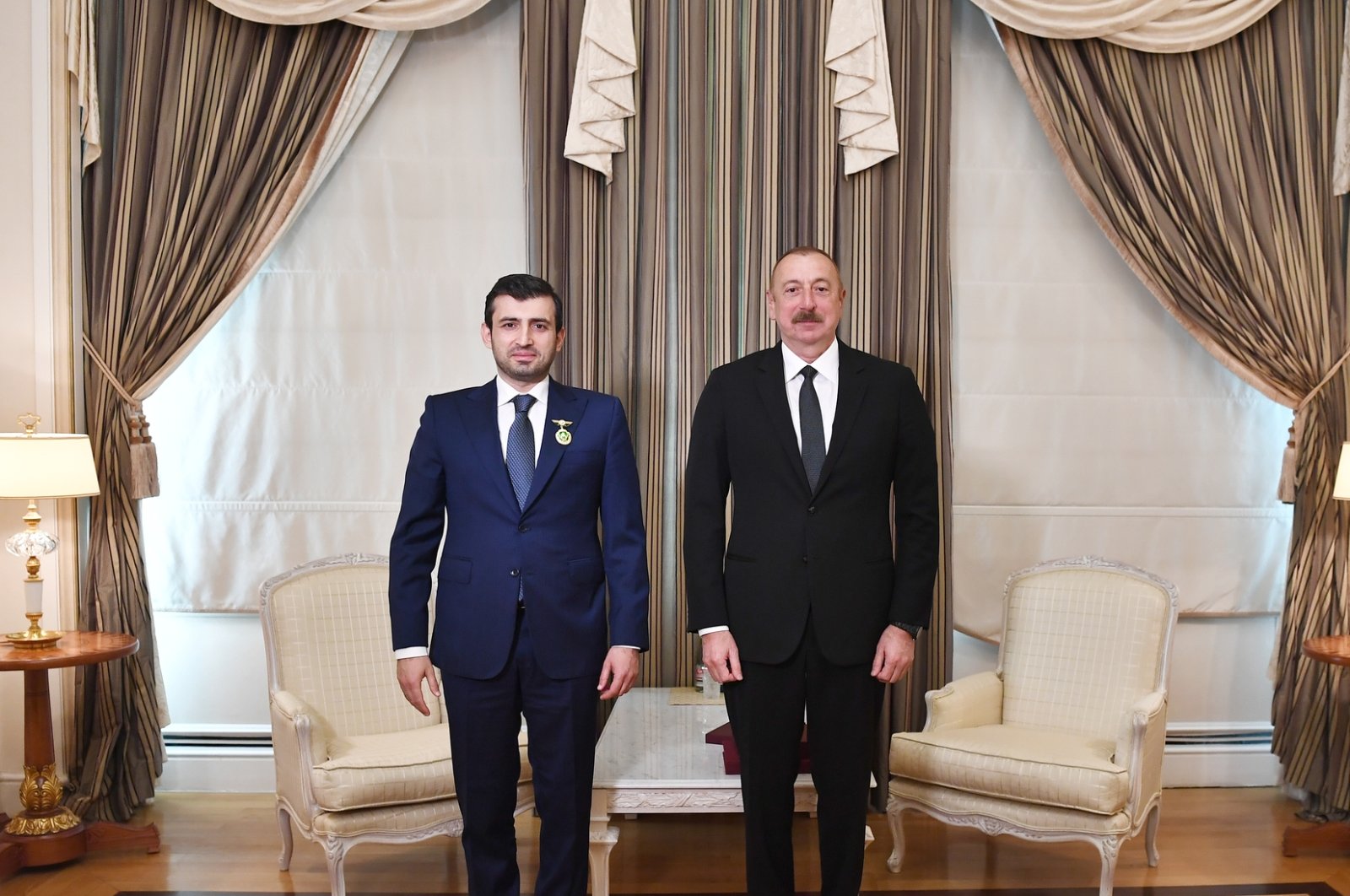 Aliyev received Bayraktar and leading Turkish defense company Aselsan General Manager Haluk Görgün on their arrival to Baku and presented the Baykar CTO with the order.

The Karabakh Order is awarded to soldiers and civilians who played a role in regaining control of Nagorno-Karabakh and its surrounding lands which were under Armenian occupation and recently liberated by Azerbaijan.

Bayraktar shared a statement on his Twitter account, expressing his gratitude to Aliyev, accompanied by a photo of the two men.

“I am, together with my father Özdemir Bayraktar and brother Haluk Bayraktar, is very honored and proud to be awarded the Karabakh Order by the President of Azerbaijan, Mr Ilham Aliyev,” the tweet read.

He also added that they will continue to work for the common future of “one nation, two-state,” a commonly used phrase describing brotherly ties between Turkey and Azerbaijan.

Baykar’s Bayraktar TB2s played a vital role during the recent conflict that erupted between Azerbaijan and the fellow ex-Soviet republic of Armenia.

The Azerbaijani Ministry of Defense released several pieces of footage, captured by the state-of-the-art drones showing destroyed tanks, artillery and missiles that the Turkish Bayraktar TB2s demolished with ease.

Following the heavy toll on Armenian forces, a Moscow-brokered truce was reached between Armenia and Azerbaijan, after more than six weeks of deadly clashes over Nagorno-Karabakh, a region that lies within Azerbaijan but has been illegally occupied by ethnic Armenian forces backed by Yerevan since a separatist war there ended in 1994. Following the truce Nagorno-Karabakh’s separatist leader, Arayik Harutyunyan acknowledged that "had the hostilities continued at the same pace, we would have lost all of Artsakh (an Armenian name for Nagorno-Karabakh) within days.”