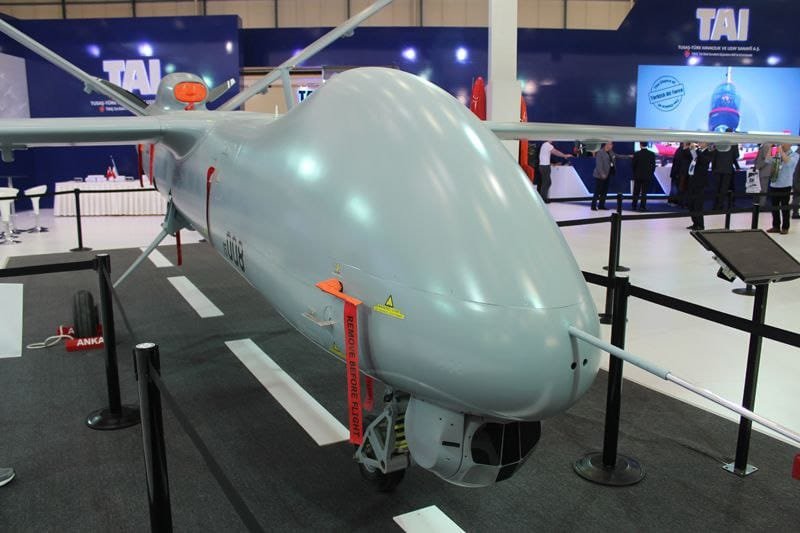 According to the article, the embargo imposed by Canada over Turkey’s military operations in Syria and Azerbaijan caused Telemus to lose its main customer, Turkish Aerospace Industries (TAI), ultimately leading to the firm’s bankruptcy.

Products that the company was selling to the TAI include wide array of electronic intelligence and electronic support systems tailored for the company's Anka medium-altitude long-endurance (MALE) unmanned aerial vehicle (UAV).

“Despite the company’s repeated attempts to reach a resolution with Global Affairs Canada, including explaining the material adverse impact on the company’s financial situation and solvency, the company’s Turkish export permits remained suspended,” the MEE cited a KPMG report as saying.

“As a result of the government sanctions, the company was no longer able to generate any revenue."

In April, the Canadian government canceled Telemus Systems' existing Turkish export permits as part of the arms embargo. The company had already posted a net loss of $360,000 in 2020 and $1.1 million in 2021, before shutting down its operation on July 31.

Last October, Canada suspended exports of some defense products to Turkey over allegations that its technology was being used in the conflict in Nagorno-Karabakh, which the country said had violated an end-user license agreement. The move came after Canada's initial restriction on exports in 2019 during Turkey's counterterrorism activities in Syria. Restrictions were then eased but reimposed during the Nagorno-Karabakh conflict.

The parts under Canadian embargo include camera systems that initially used on another Turkish drone, Baykar's Bayraktar TB2, which was used both in Syria and Azerbaijan.

Turkey used the drone in its military operations in neighboring Syria which targeted Daesh and PKK-YPG terrorists as well as against Bashar Assad's forces in retaliation to the Syrian regime's attacks on Turkish posts. In Nagorno-Karabakh, the drones helped Turkey's ally Azerbaijan defeat Armenia-backed occupying forces.

Relations between the former Soviet republics of Azerbaijan and Armenia have been tense since 1991 when the Armenian military occupied Nagorno-Karabakh, a territory internationally recognized as part of Azerbaijan, and seven adjacent regions. New clashes erupted on Sept. 27, 2020, with the Armenian army launching repeated attacks against civilians and Azerbaijani forces, thus violating several humanitarian cease-fire agreements. During the 44-day conflict, Azerbaijan liberated several cities and some 300 settlements and villages that were occupied by Armenia for nearly three decades. The fighting ended on Nov. 10, 2020, after the two countries signed an agreement brokered by Russia.