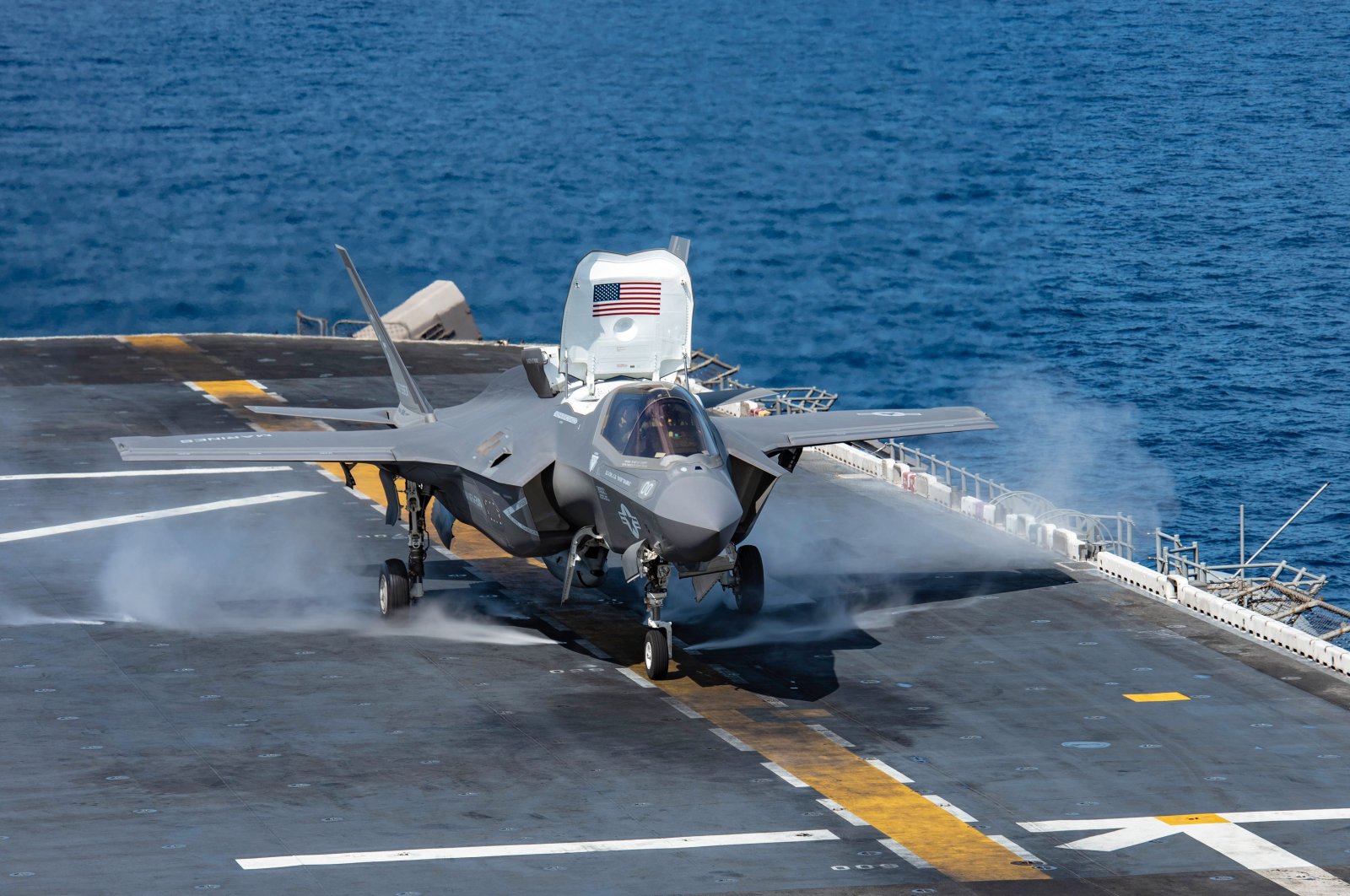 The estimated development costs of the ongoing modernization of F-35 fighter jets have increased by $1.9 billion since 2019, and amid delays, it is not yet certain whether the program will be extended through 2027, according to a new report by the U.S. congressional auditors.

In its Thursday report, the Government Accountability Office (GAO) said the Pentagon and the Lockheed Martin program for “Block 4” upgrade work on the next generation joint strike fighters are behind schedule, while there are some positive signs, such as finding alternative producers of parts for the jets.

The report stressed that the Pentagon has identified alternative suppliers for 1,005 parts produced by Turkish companies as of December 2020. The reason why they were in search of alternatives was the U.S.’ unilaterally expelling NATO-ally Turkey from the program over Ankara purchasing Russian-made S-400 air defense systems.

From then on, new manufacturers have been required, while Turkey continued to produce the components after the country was unfairly expelled from the program. Ankara has reiterated various times that the removal was illegal and uniliteral, demanding a fair approach and saying that it is open to negotiations with Washington.

The Block 4 modernization program, which officially began in 2018, envisages the U.S. Defense Department’s upgrading of the Lockheed jet’s hardware and software, adding new weapons capabilities and computing systems. The GAO report said software defects weren’t being caught before they were installed on the aircraft and that it was taking longer than planned to develop each new capability.

The fact that the Block 4 upgrade program has now cost at least $14 billion makes it more expensive than many Army, Navy and Air Force acquisition programs.

Among the reasons for the $1.9 billion excess cost in the GAO report include:

The GAO report highlighted that not only the timeframes were missed and the costs ballooned, but the estimates for the future deliveries of the stealthy jet were not updated yet by the Pentagon and the Lockheed company.

“The F-35 program is more than three years into Block 4 development, but it has not delivered new capabilities as planned,” the congressional auditors said in the report.

The auditors’ report said that the completion of the modernization program may not be achieved even in 2027, one year after the scheduled delivery date of 2026, since this is the estimation “formulated at the start of the Block 4 effort” and not based on Lockheed’s demonstrated performance.

Meanwhile, several other issues have started to bite amid rising voices on whether the U.S. – the largest customer of the jets – should buy a fewer number of F-35 jets.

Among them, there is the completion of the Joint Simulation Environment combat testing that has been indefinitely delayed but was supposed to be wrapped up in December.

The shortage of engines is just another problem the $398 billion F-35 program faces that the Pentagon, under President Joe Biden must deal with.

The GAO report disclosed a partial reason for this as that the simulator “did not fully represent F-35 capabilities and could not be used for further testing until fixed.”

The Pentagon, as cited by an earlier report by Bloomberg, said that it may be several months before it can even say when the last and most critical stage of combat testing can begin.

“The program office continues to work on a revised acquisition program” schedule and “will deliver it when completed,” Pentagon spokesperson Laura Seal was cited as saying regarding the report. “We expect this to be in the coming months. Our focus is on building an executable plan that addresses previous schedule overruns.”

Staying ahead of “our adversaries in the high-end fight is inextricably linked to our ability to deliver high-quality software to the F-35 air system” in a timely fashion, Seal also said in an email to Bloomberg.

“Today, software quality is missing the mark, which is driving increased cost and delays,” she noted, adding: “More than 620 aircraft have been delivered to date, 10 services in seven countries have declared initial operational capability, and six services from five countries have conducted F-35 operational missions.”

Despite the negative highlights of the GAO report, some positive developments were also recorded, one of them is the “slightly improved” production metrics that allow aircraft to take less time on average to be built.

The sourcing of alternatives for Turkish manufacturers was also among the positive highlights of the report. Washington argues, as a reason for Turkey being expelled from the program, is that the S-400 air missile systems acquired by Turkey could be used by Russia to covertly obtain classified details on the jets and is incompatible with NATO systems. Turkey, however, insists that the S-400 would not be integrated into NATO systems and would not pose a threat to the alliance.

Ankara has most recently inked a consultation agreement with a Washington-based law firm to lobby to protect its rights in the F-35 fighter jet program.

The military’s most expensive program raised questions in the U.S. as well. Most recently, Air Force Chief of Staff Gen. Charles Brown acknowledged a tactical aircraft study to explore whether the U.S. should buy fewer F-35s.

House Armed Services Committee Chairperson Adam Smith, meanwhile, said during an event on March 5 that the nation should “stop throwing money down that particular rathole.”