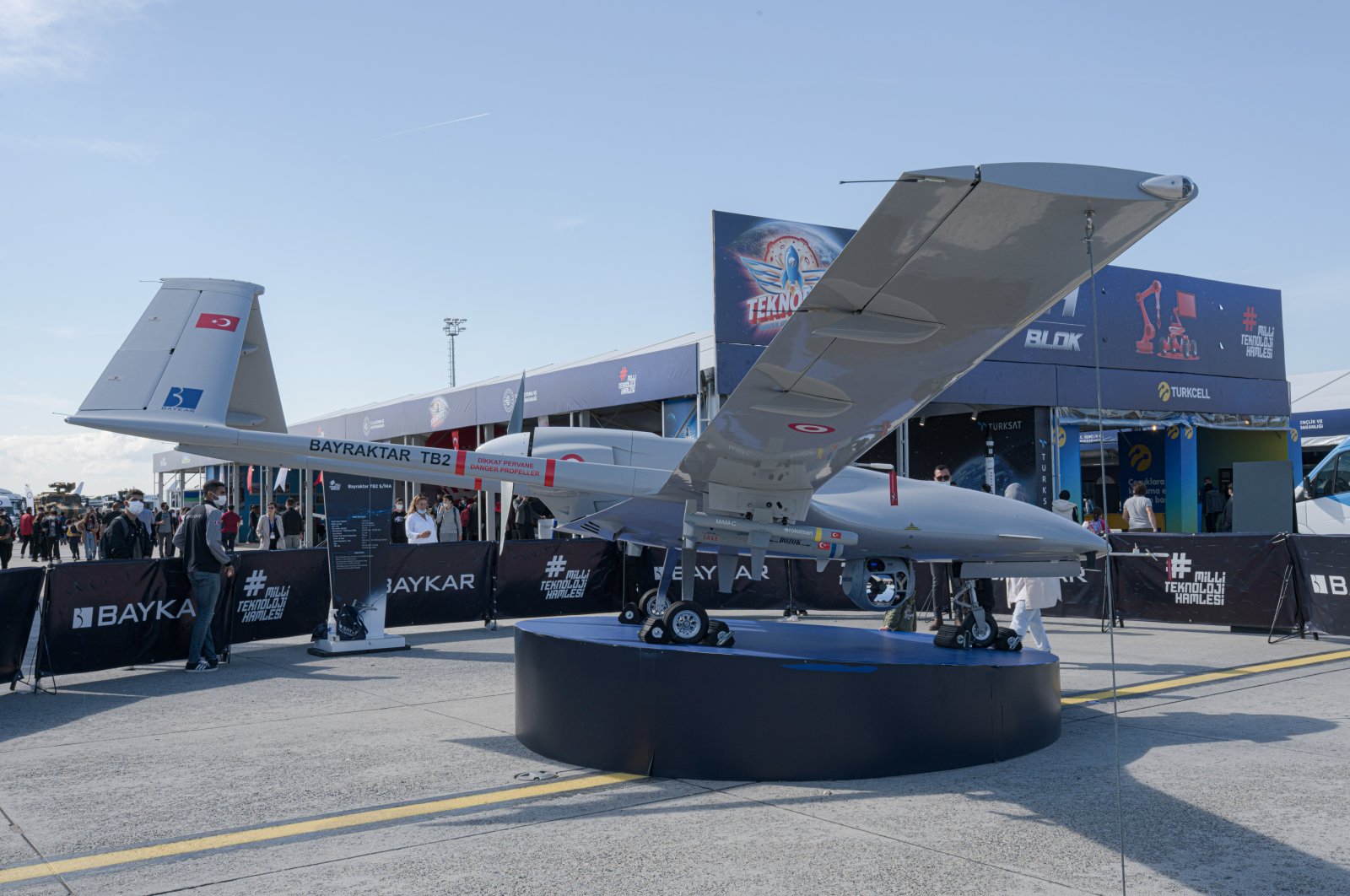 The Bayraktar TB2 UCAV is at display during the aerospace and technology festival Teknofest in Istanbul, Turkey, Sept. 24, 2021. (Reuters Photo)
by DAILY SABAH WITH AGENCIES Oct 22, 2021 2:15 pm
RECOMMENDED

Kyrgyzstan is becoming the latest buyer of renowned Turkish combat drones in an effort to rev up its defense industry capabilities, a senior official announced late Thursday.

The Central Asian nation will be taking the delivery of the drones soon, Tashiev told reporters.

“We purchase military equipment to boost our troops. The relevant funds have been already allocated from the budget. Turkey is currently constructing Bayraktar drones for us,” he noted.

Noting that a limited number of countries in the world possess Turkish armed drones, Tashiev said “Kyrgyzstan will be one of them.”

The Bayraktar TB2 is a medium-altitude long-endurance aerial vehicle capable of remotely controlled or autonomous flight operations. It is manufactured by one of the leading Turkish defense companies Baykar.

“The drones will soon arrive in our country,” Tashiev said. He noted that Bishkek also purchased Orlan-10 drones from Russia.

Kyrgyzstan’s purchase comes amid growing interest in the Turkish UCAVs after their successful use in international conflicts.

Earlier this week, Turkey announced Angola had requested to acquire its drones, a week after it was reported to have expanded the export of the aerial vehicles by negotiating deals with Morocco and Ethiopia.

This was followed by a statement from Industry and Technology Minister Mustafa Varank, who also last week said Turkey had presented options to the U.K., which is “very interested” in buying Turkish-made armed drones.

Ukraine and Turkey’s NATO partner Poland have also ordered the UCAVs, which military experts say are cheaper than market rivals made in Israel, China and the United States.

The Bayraktar TB2 entered the Turkish army’s inventory in 2014 and is currently used by several other countries including Qatar and Azerbaijan.

The cutting-edge vehicles were effectively used over the years in cross-border counterterror military operations such as Euphrates Shield, Olive Branch and Spring Shield to liberate areas near the Syrian border from terrorist groups.

Turkish drones are also said to have played a crucial role in last year’s six-week conflict between Armenia and Azerbaijan.