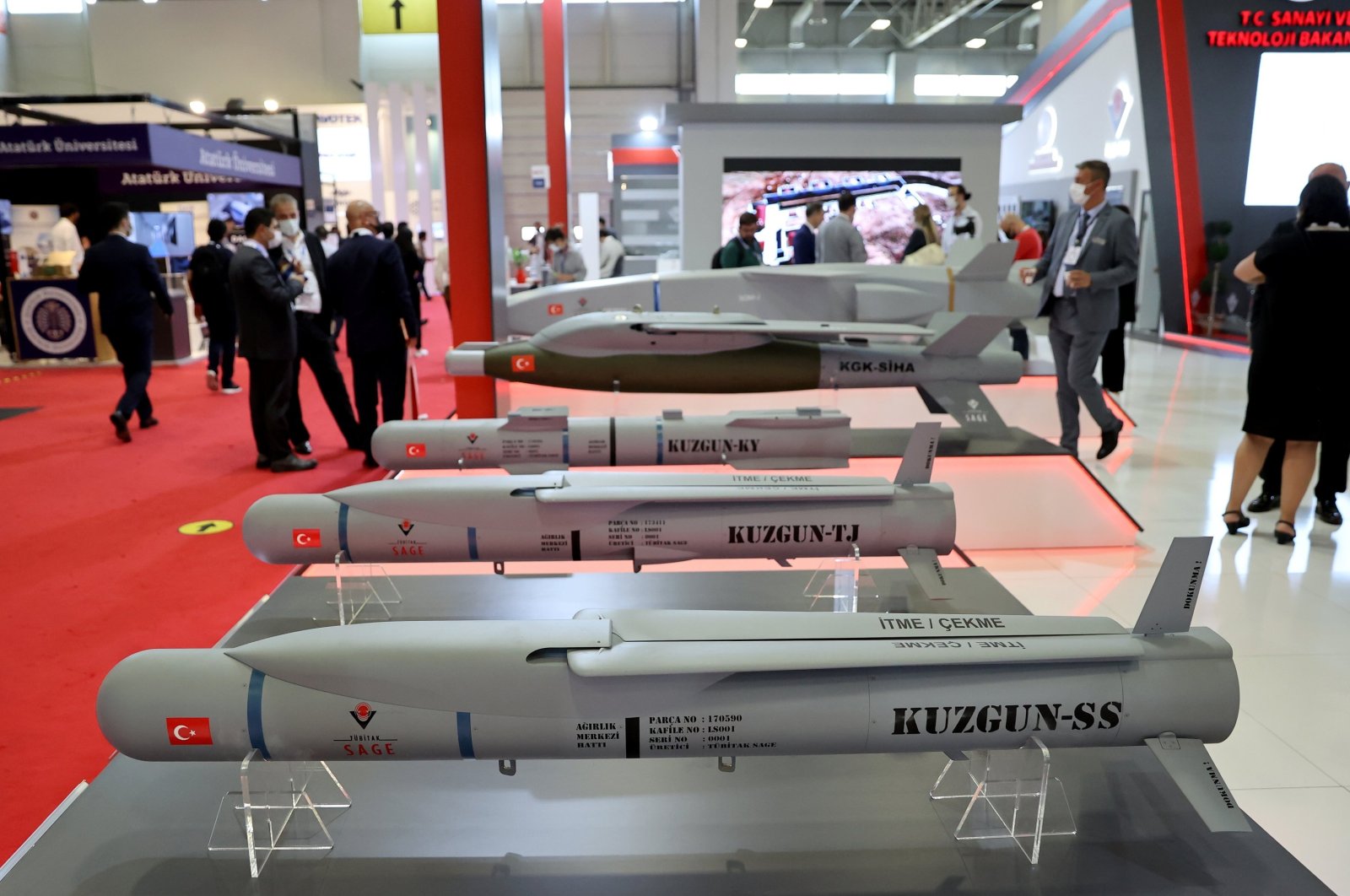 Turkey’s defense industry has initiated pivotal projects in recent years under the leadership of the Presidency of Defenses Industries (SSB), covering huge ground on its mission to cut the country's dependency on others and become a major competitor among the world's largest arms exporters.

SSB head Ismail Demir, speaking on the 36th anniversary of the SSB’s establishment, told Anadolu Agency (AA) that the institution became an official state body during the Republican era after the country faced many internal and external obstacles.

In 1985, when Turgut Özal was prime minister, the Defense Industry Development and Support Administration (SAGEB) was established to develop the domestic defense industry and modernize the Turkish Armed Forces (TSK). The institution, which later changed its structure and became the Undersecretariat for Defense Industries, focused on international joint programs with domestic production and offset projects until the 2000s.

The Defense Industry Executive Committee meeting held in May 2004, when now-President Recep Tayyip Erdoğan was prime minister, was a turning point for the implementation of domestic and national projects, Demir said, noting that the restructuring into the Presidency of Defense Industries marked the beginning of a new era for the sector and the institution.

He said that external pressures and arms embargoes particularly increased after Turkey's 1974 Cyprus Peace Operation and once again revealed the need for a self-sufficient defense industry.

The pioneering companies and products that have been established and produced are the result of this process, he explained.

Embargoes, something the country now faces, are nothing new for Ankara and have never stood in the way of it developing its defense industry; on the contrary, they fuel the process. Turkey had an arms embargo imposed on it by its NATO ally, the U.S., during its 1974 operation in Cyprus to save Turkish Cypriots from Greek Cypriot militias' attempts at genocide.

During the embargo, from February 1975 to September 1978, Turkey was unable to receive the jets it paid for and could not retrieve its planes that were under maintenance, even spare parts for the platforms provided by allies were not delivered. This embargo cost Turkey billions of dollars and, in order to avoid experiencing a similar situation again, the country mobilized its industrial capabilities to bolster its defense industry.

Demir stated that the Turkish defense industry continues to work in the fields of land, air, sea, space and cyberspace for the security of the country, emphasizing that the industry's wealth of knowledge and experience in cutting edge technology helps make important contributions to studies in civilian areas including health, energy and transportation.

Noting that the defense industry has reached a certain level when it comes to the design, development and production of platform and weapon systems after experiencing a breakthrough in recent years, Demir said: “We are one of the leading countries in the world in some areas, and we develop competitive products in others.

“However, we always say; our goal is full independence in the defense industry. In other words, we need to own whatever technology is critical and strategic,” the defense official said.

Demir stressed that Turkey did not have an air defense system to speak of until just five years ago, and now “today we put our Korkut, Sungur, Hisar A+, Hisar O+ systems into service.”

“We have advanced a new era in missile technology with our high-precision TRLG missile with a 150-kilometer (93-mile) range, our first naval cruise missile with a 200-kilometer range, Atmaca, and our 280-kilometer-range land-to-land missile Bora."

In addition to the MAM-C and MAM-L smart munitions, Demir said the country has made its domestic unmanned combat aerial vehicles (UCAV) more effective with the addition of new munitions such as Teber, MAM-T, KGK, HGK and LGK.

“We have made significant progress not only in drone systems but also in anti-drone technology. We provided practical solutions to our soldiers in the field with portable munition systems, ergonomic grenade equipment, foldable mine detectors, and effective mixer-blunting systems against improvised explosive devices (IEDs).”

Noting that they started about half of these projects within the last five years, Demir said that they increased the project volume from $5.5 billion (TL 53.3 billion) to over $60 billion.