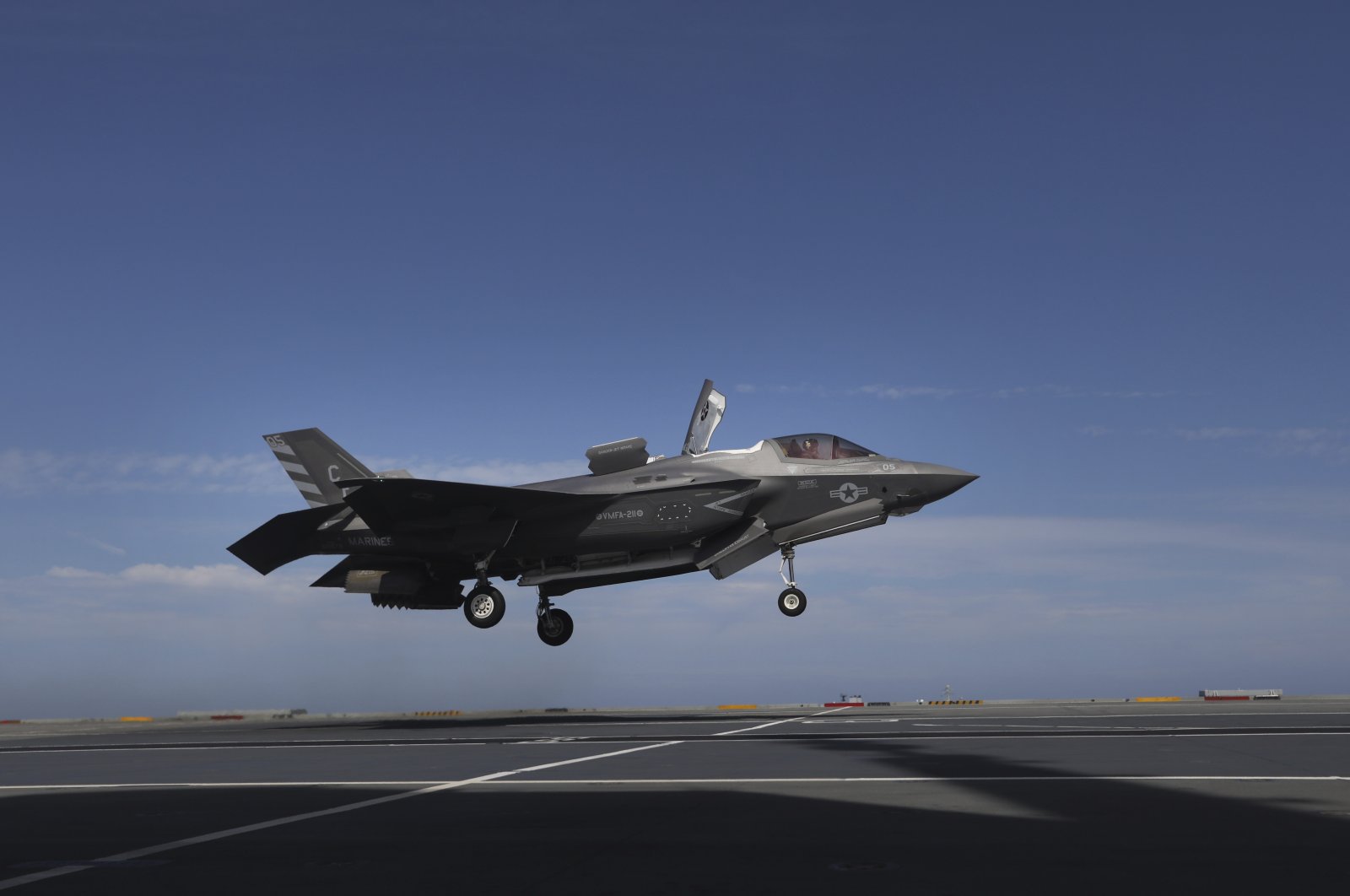 A pilot maneuvers an F-35 jet as military personnel participate in the NATO Steadfast Defender 2021 exercise on the aircraft carrier HMS Queen Elizabeth off the coast of Portugal, May 27, 2021. (AP Photo)
by Daily Sabah with Reuters Sep 23, 2021 9:59 am
RECOMMENDED

Turkey has extended its lobbying contract with a United States law firm over its participation in the F-35 fighter jet program, according to newly disclosed U.S. Justice Department records.

Turkey first hired Arnold & Porter in February for six months to lobby for readmission to the fighter-jet modernization program after the Trump administration suspended the country’s participation. Turkey was removed from the program in 2019 by the U.S. Department of Defense on the pretext of purchasing a Russian missile defense system, a move regarded as “unilateral and unlawful” by Ankara.

In March, Turkey’s defense industry chief said the country was not necessarily seeking to rejoin the jet program but rather had set a primary goal of compensation for losses.

Washington argues that the S-400 air missile systems acquired by Turkey could be used by Russia to covertly obtain classified details on the Lockheed Martin F-35 jets and is incompatible with NATO systems. Turkey, however, insists that the S-400 would not be integrated into NATO systems and would not pose a threat to the alliance.

Ankara has reiterated various times that the removal from the jet program was illegal and unilateral, demanding a fair approach and saying that it is open to negotiations with Washington.

The lobbying contract requires Arnold & Porter to “advise on a strategy” for Turkey to “remain within the Joint Strike Fighter Program” while “taking into consideration and addressing the complex geopolitical and commercial factors at play.”

Arnold & Porter said it would “undertake a targeted outreach to the U.S. commercial partners and stakeholders” within the program to “sound out and understand their interests” in Turkey’s “continued involvement as a strategic ally and valued partner.”

Other international partners in the F-35 program include the United Kingdom and Canada.

A report in July from the U.S. Government Accountability Office (GAO) said the F-35 program was “more than 8 years delayed and $165 billion over where it originally expected to be at this point.”

More than 600 aircraft have been delivered as part of the program “to the U.S. services, allied partners and foreign military sales customers,” the report said.

The congressional watchdog earlier warned that the U.S. decision to expel Turkey from the F-35 program was likely to compound its already beleaguered supply chain issues from a production increase. The program has faced many problems since then, including engine shortages.