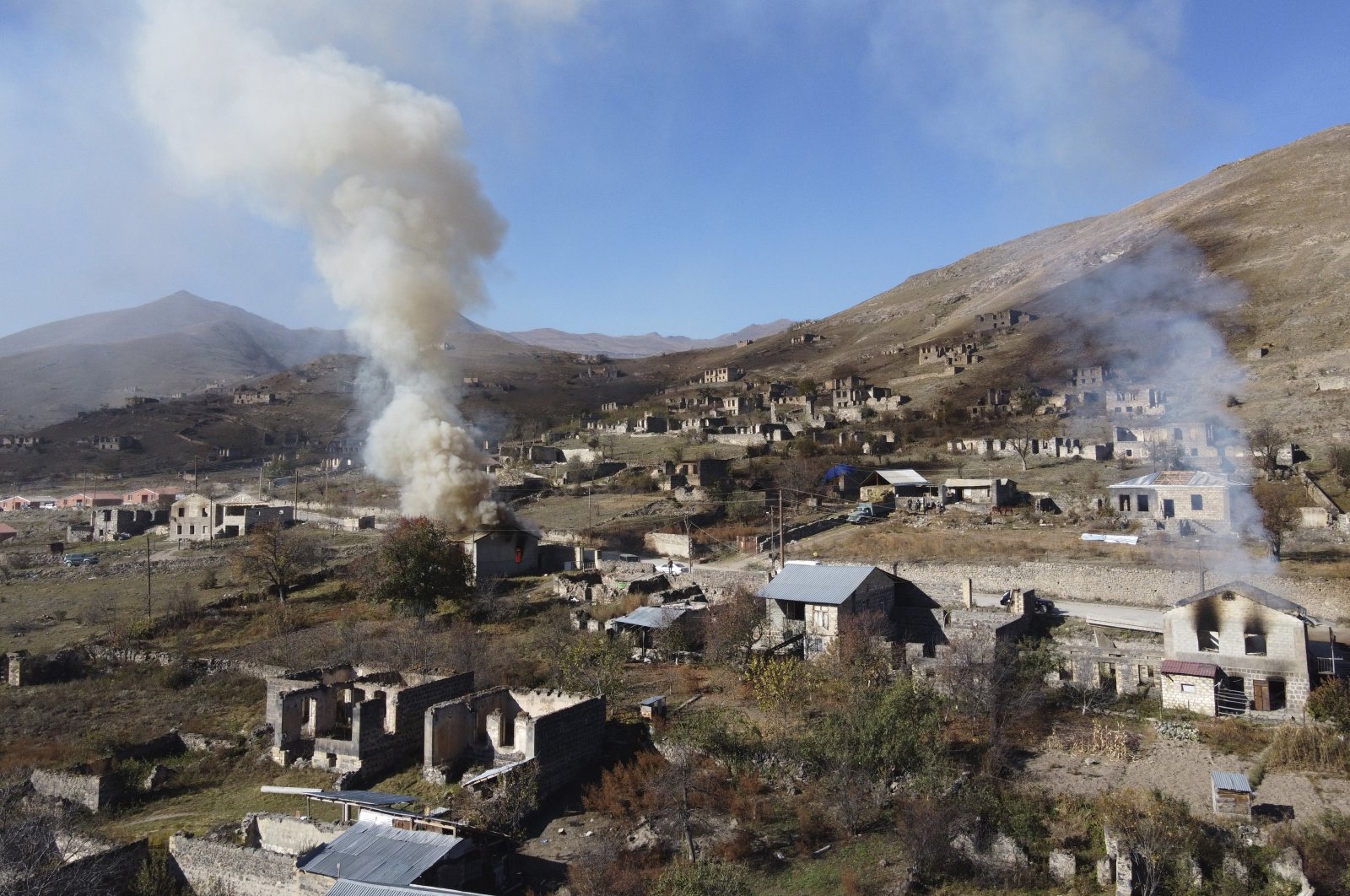 In this photo taken with a drone, smoke rises from houses burnt by Armenian residents as they leave the Armenian-occupied region of Nagorno-Karabakh, Azerbaijan, Nov. 14, 2020. (AP Photo)
by Agencies Apr 12, 2021 6:43 pm
RECOMMENDED

In a phone call, Çavuşoğlu and his Canadian counterpart Marc Garneau spoke about bilateral relations, with Turkey voicing its "discomfort" over the embargo, said the sources, who asked not to be named due to restrictions on speaking to the media.

"He conveyed concerns about Canada's stance on defense industry restrictions imposed on Turkey and requested their review," the sources said.

The parts under embargo include camera systems for Baykar armed drones. Export licenses were suspended in 2019 during Turkish military activities in Syria. Restrictions were then eased but reimposed during the Nagorno-Karabakh conflict.

Turkey's foreign ministry at the time described it as a double standard and President Recep Tayyip Erdoğan said it was not in line with the spirit of their alliance.

Turkey's military exports to its ally Azerbaijan jumped six-fold last year. Sales of drones and other military equipment rose to $77 million in September alone before fighting broke out in the Nagorno-Karabakh region, data showed.

Last October, Canada suspended exports of some defense products to Turkey over allegations that its technology was being used in the conflict in Nagorno-Karabakh.

During a six-week conflict, Azerbaijan liberated several cities and nearly 300 settlements and villages, while at least 2,802 of its soldiers were killed.

On Jan. 11, the leaders of Russia, Azerbaijan and Armenia signed a pact to develop economic ties and infrastructure to benefit the entire region. It included the establishment of a trilateral working group on Nagorno-Karabakh.