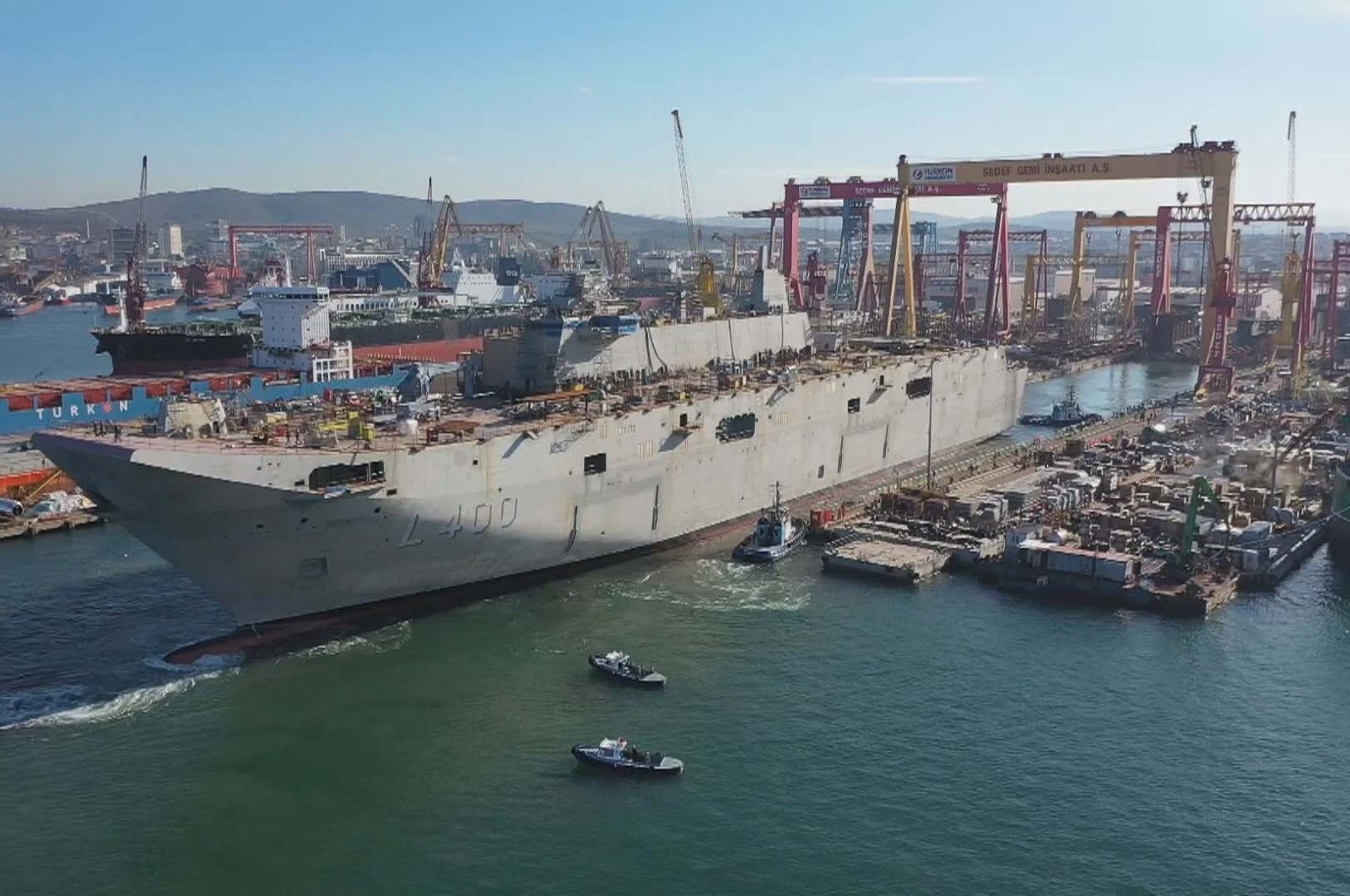 The landing helicopter dock (LHD) type vessel will be used in multipurpose operations, according to Demir, and is to allow the takeoff and landing of unmanned systems.

The SSB chief's remarks came during a defense industry event organized within the scope of a university organization on Wednesday.

Regarding the TCG Anadolu being added to the Turkish Naval Forces’ inventory, the SSB head noted that it would be included by the end of the year or in 2022.

Answering journalists’ questions, Demir said that the TCG Anadolu will be the first of its kind in the world as a vessel allowing the landing of UCAVs on its dock.

He also said that in line with the country’s targets revealed previously by President Recep Tayyip Erdoğan, the goal is to manufacture another type of aircraft carrier next.

At the beginning of March, Demir told Turkish broadcaster NTV that a particular variant of drone magnate Baykar’s Bayraktar TB2 UCAV systems will be deployed to TCG Anadolu.

He said at the time that there are possibilities regarding UAVs landing and taking off from the TCG Anadolu with specially designed TB2s for this purpose and other fixed-wing platforms.

Demir noted that it is on their agenda to make the TCG Anadolu a UAV carrier.

According to the statements of Baykar's chief technology officer (CTO), Selçuk Bayraktar, the combat drones, including the Akıncı and Bayraktar TB3, will be powered by domestic engines manufactured by Turkish Aerospace Industries (TAI) subsidiary TUSAŞ Engine Industries (TEI).

Akyol said the local AESA radar, developed by leading defense industry company Aselsan, will be a radar as capable as the one in the F-16 Vipers.

“We have developed our radar to accommodate many capabilities such as air-air, air-ground, electronic support, electronic attack and multi-target capabilities, that have the radar capabilities of at least the Viper,” he said, reiterating that the use of the radar in UAVs is also a concept they “are working on.”

The AESA radar is scheduled for initial use in the modernized F-16 Block 30 fighter jets, while it is expected to be used on the Akıncı UCAV as well but with a different configuration.