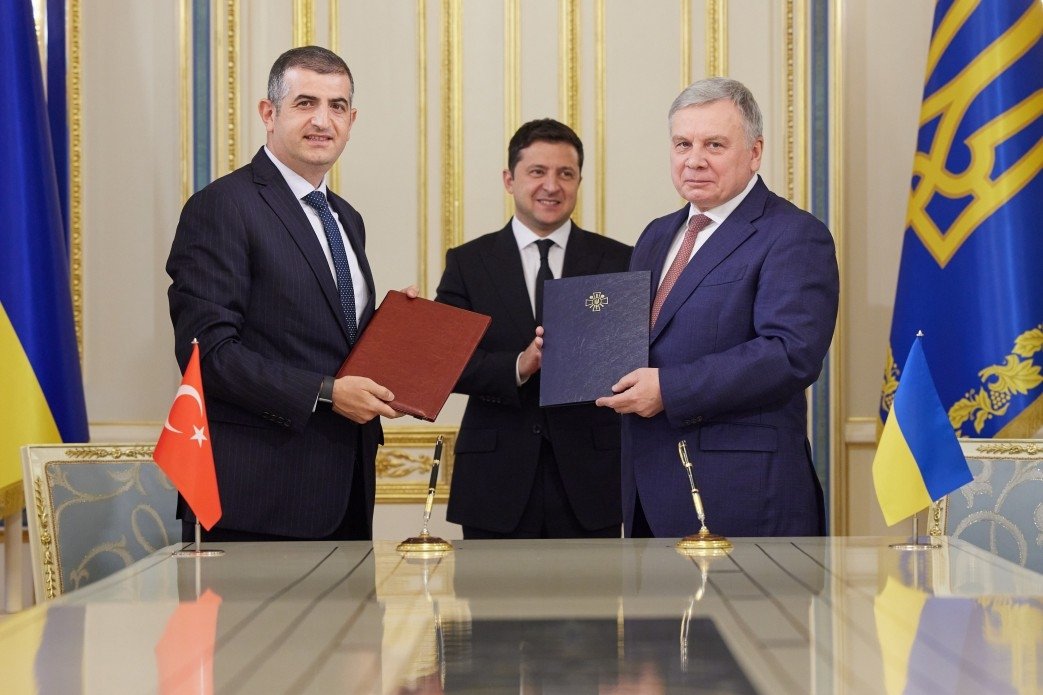 “We have been waiting for this moment for a long time. This is an important event for us,” Zelenskyy said after the signing of the memorandum with Baykar on Wednesday.

The memorandum was a step toward joint Ukrainian-Turkish production of the drones, the statement said.

Ukraine has previously bought the landmark drones from Baykar to bolster its armed forces in their fight against Russian-backed separatists in the war in the eastern Donbass region.

Baykar has also sold its armed drones to Qatar, Azerbaijan and Poland. In May, Poland became the first European Union and NATO member state to acquire UAVs from Turkey.

Interest remains high. Saudi Arabia is also said to have been interested in buying Turkish drones. Latvia also hinted that it could be the second European Union and NATO member state to acquire the UAVs. Albania is also interested in striking a deal to procure Bayraktar TB2s.

The drones had devastated Bashar Assad regime ground forces during clashes in Idlib province in February-March 2020.