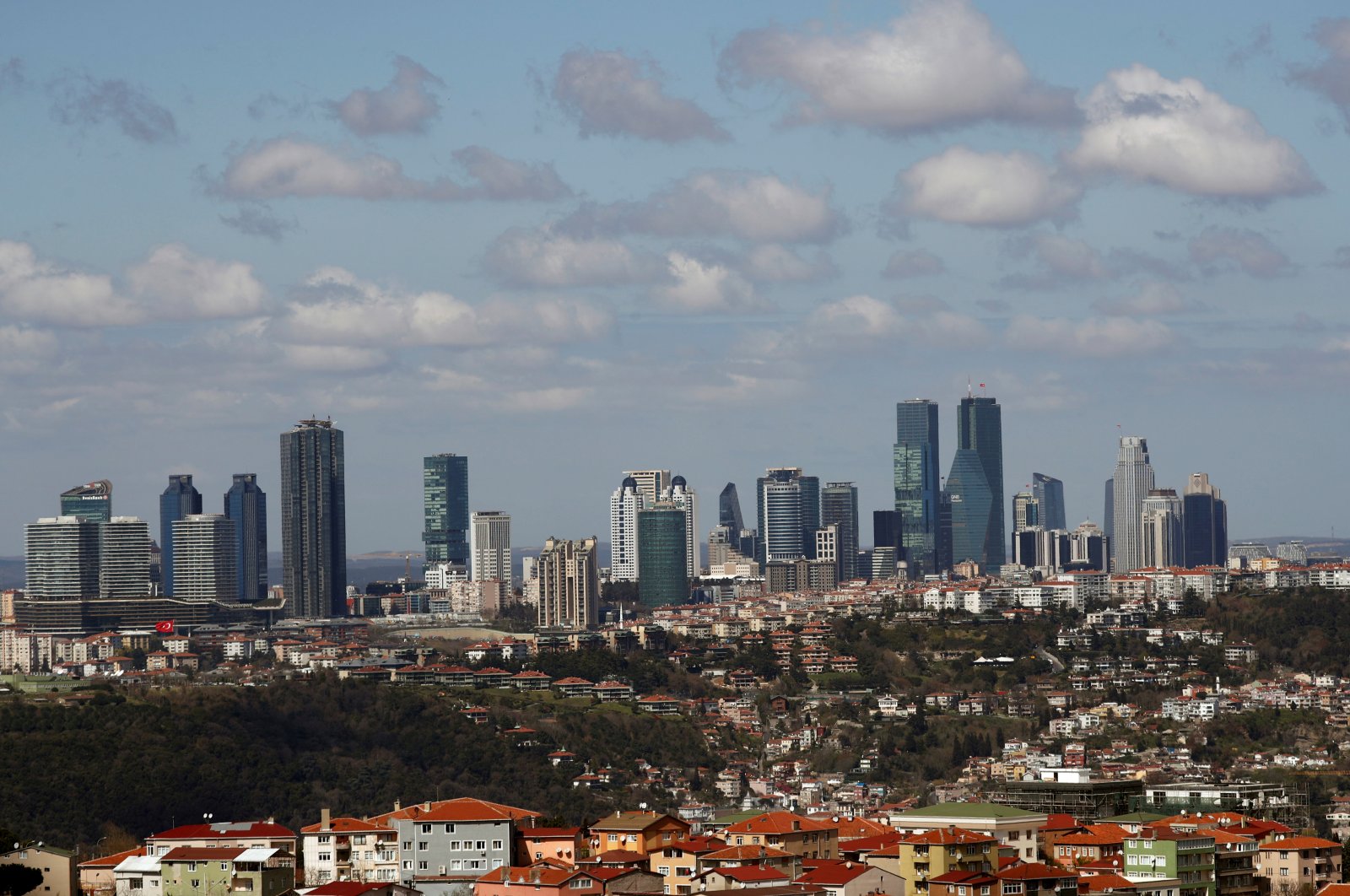 Skyscrapers are seen in the business and financial district of Levent, which comprises of leading banks' and companies' headquarters, in Istanbul, Turkey, March 29, 2019. (Reuters Photo)
by DAILY SABAH Sep 24, 2021 3:37 pm
RECOMMENDED

Abu Dhabi wealth funds boasting billions of dollars in investment plans have been closely eyeing sectors in Turkey for investment opportunities, a Bloomberg report said Friday, citing sources with knowledge on the issue.

The investment talks would be the latest sign of thawing relations between Ankara and Abu Dhabi after a yearslong rift that came as a result of regional disputes. Chief among those is the conflict in Libya, where the UAE and Turkey have backed opposing sides in recent years.

The Abu Dhabi Investment Authority (ADIA), the biggest wealth fund in the oil-rich emirate that has assets estimated at $686 billion, and the ADQ, whose assets are said to be worth $110 billion, are among the funds that have been conducting talks, the report said.

ADQ alone is considering spending as much as $1 billion on health care and fintech targets, one of the sources told Bloomberg. It ranks as the third-largest sovereign wealth fund in the UAE following ADIA and Mubadala Investment Co.

“Turkey has (some) of the most significant food-processing facilities, which can be a great investment opportunity for us,” its spokesperson said.

Abu Dhabi’s Royal Group-owned private investment firm, Chimera Investments LLC, is also eyeing investing in Turkey, which may allocate as much as $1 billion, according to a person familiar with the talks who spoke to Bloomberg.

The two countries were at odds for various reasons before recent steps to enhance cooperation.

Turkey also sided with Qatar in the recent Gulf dispute, putting it at odds with the UAE, Saudi Arabia and Egypt, while Turkish support last year helped Libya’s U.N.-backed government in Tripoli drive back UAE-supported forces trying to seize the capital.

In Somalia, Turkey and the UAE have competed for influence. In Syria, Turkey still supports fighters opposed to the Bashar Assad regime, while the UAE, which once backed the opposition fighting the regime, has opened an embassy in Damascus.

In the phone call, the two discussed their countries’ relations and regional issues and reviewed what was reported to be prospects of reinforcing bilateral ties.

The UAE’s biggest investment to date is the acquisition of Istanbul-based lender Denizbank from Russian Sberbank by the Emirates NBD for $2.75 billion.

Most recently in early September, Dubai-listed logistics and courier company Aramex, partly owned by the state investor ADQ, confirmed that it is in talks to buy Turkish delivery company MNG Kargo.

In a Reuters story at the time, one of the sources familiar with the matter had said the potential deal could be worth as much as $500 million (TL 4.23 billion).