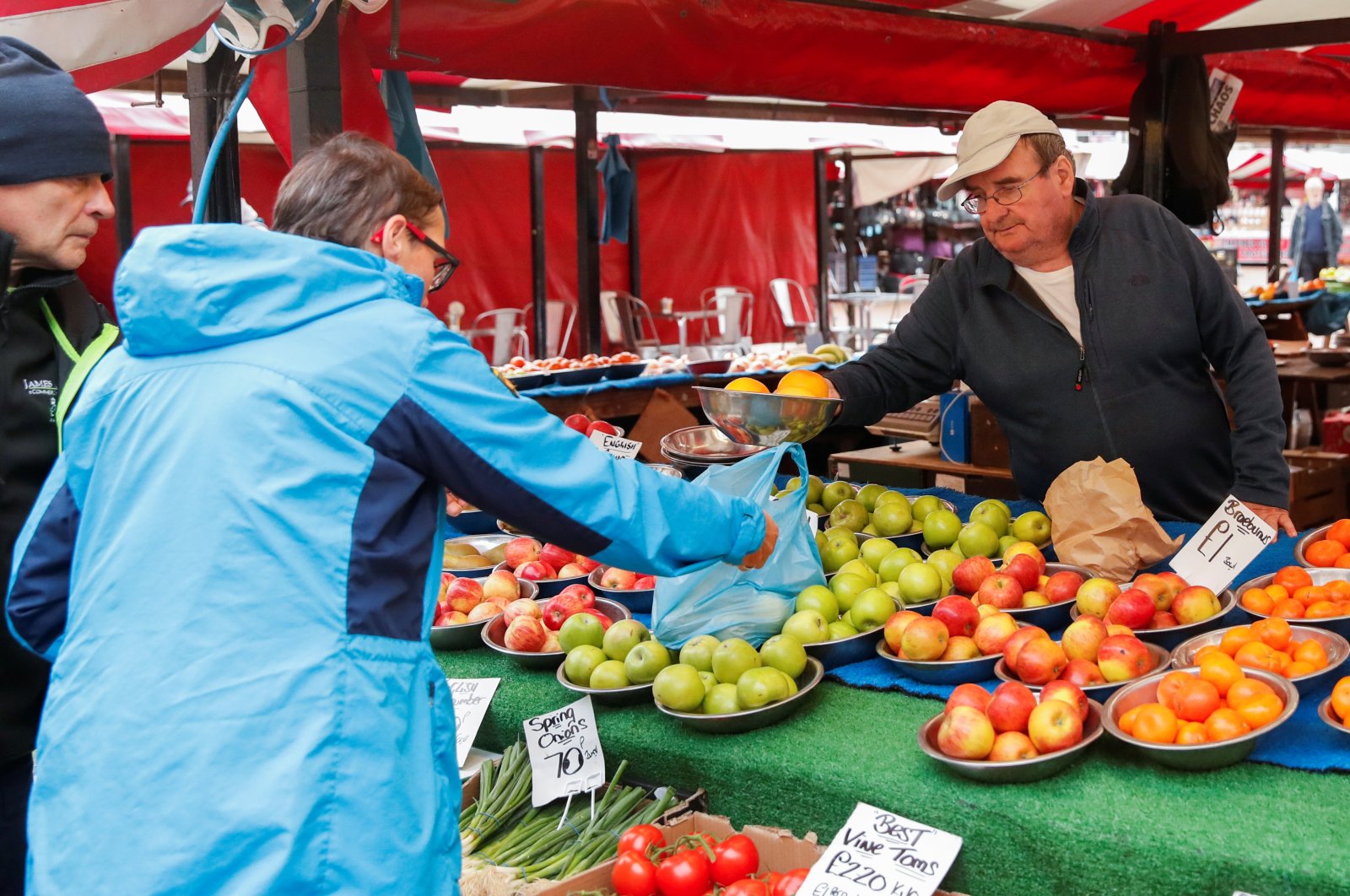 Economic confidence in Turkey down for 2nd month in row

The United Kingdom’s annual inflation slowed unexpectedly in September, official data showed Wednesday, yet it still remains close to a nine-year peak and is unlikely to deter the central bank from raising interest rates, possibly as soon as next month.

Consumer prices rose by 3.1% in annual terms in September, easing back from August’s 3.2% increase, which was the highest level since early 2012, the Office for National Statistics (ONS) said.

A Reuters poll of economists had pointed to inflation of 3.2% in September although 11 of the 34 analysts who took part predicted a slowdown.

Overall, the figures did little to change expectations that the Bank of England (BoE) will become the first of the world’s major central banks to raise rates, with investors increasingly betting it will do so on Nov. 4 after its next policy meeting.

Yael Selfin, KPMG U.K.’s chief economist, said despite the slight slowdown in inflation it had topped 3% for two months in a row, hurting the spending power of households, some of whom could also face higher mortgage costs if BoE hikes rates.

“We expect further increases in inflation from October, which could reach around 4% by the end of the year, with the recent rise in wholesale energy prices passed on to households,” Selfin told Reuters.

“As the dip... still left inflation above the 3% rate the BoE forecast back in August, it’s unlikely to significantly reduce expectations that the BoE will raise interest rates before the end of the year,” said Paul Dales, chief U.K. economist at Capital Economics.

Hospitality was the largest drag on inflation last month – the result of the “Eat Out to Help Out” restaurant meal subsidy scheme launched in August 2020 dropping out of the annual comparisons. Prices for diners rose sharply in September last year after the scheme expired.

But prices for consumer goods continued to rise, while food prices fell more slowly than in September last year.

“Global shocks have pushed up prices around the world, and we are working with businesses and international partners to address these pressures,” British Finance Minister Rishi Sunak said following the latest U.K. inflation data.

Last month the BoE said it expected inflation to rise slightly above 4% in the last quarter of 2021 but since then energy prices have continued to rise sharply.

On Sunday, BoE Governor Andrew Bailey sent the latest signal that the British central bank was gearing up to raise rates for the first time since the onset of the coronavirus crisis as the risks from inflation mounted.

The ONS data suggested more inflation pressure is on the way.

Prices of goods produced by factories rose again, led by a jump for metals and machinery as well as surging energy prices.

Some economists think the BoE risks making a mistake if it raises rates now because many of the inflation pressures in the British economy are global in nature and beyond its influence.

He said the strain on prices was likely to ease in the second half of 2022.

The increase in inflation in the year to September was driven by a relatively small number of items, with motor fuels and secondhand cars accounting for about a quarter of the annual inflation rate.

“The big questions for policymakers now are just how temporary these price pressures will be, and whether they’ll translate into stronger pay growth,” said Jack Leslie, senior economist at the Resolution Foundation think tank.

“Britain’s recent history suggests that high inflation feeds through into real wage falls instead – a lesson families can ill-afford to learn for a third time in a decade.”

Meanwhile, energy prices, in particular, are surging, in some cases causing companies to reduce or even temporarily pause operations.

“The latest (U.K. inflation) numbers don't include the petrol pump crisis or the most recent surge in energy prices, or indeed the knock-on effects across the economy, so inflation will still get worse before it gets better,” said Laith Khalaf, head of investment analysis at AJ Bell.

“Inflation is also being broadly felt, seeing as the biggest drivers are housing and transport costs, which are unavoidable for almost everyone in the country,” said Khalaf.

Economic confidence in Turkey down for 2nd month in row