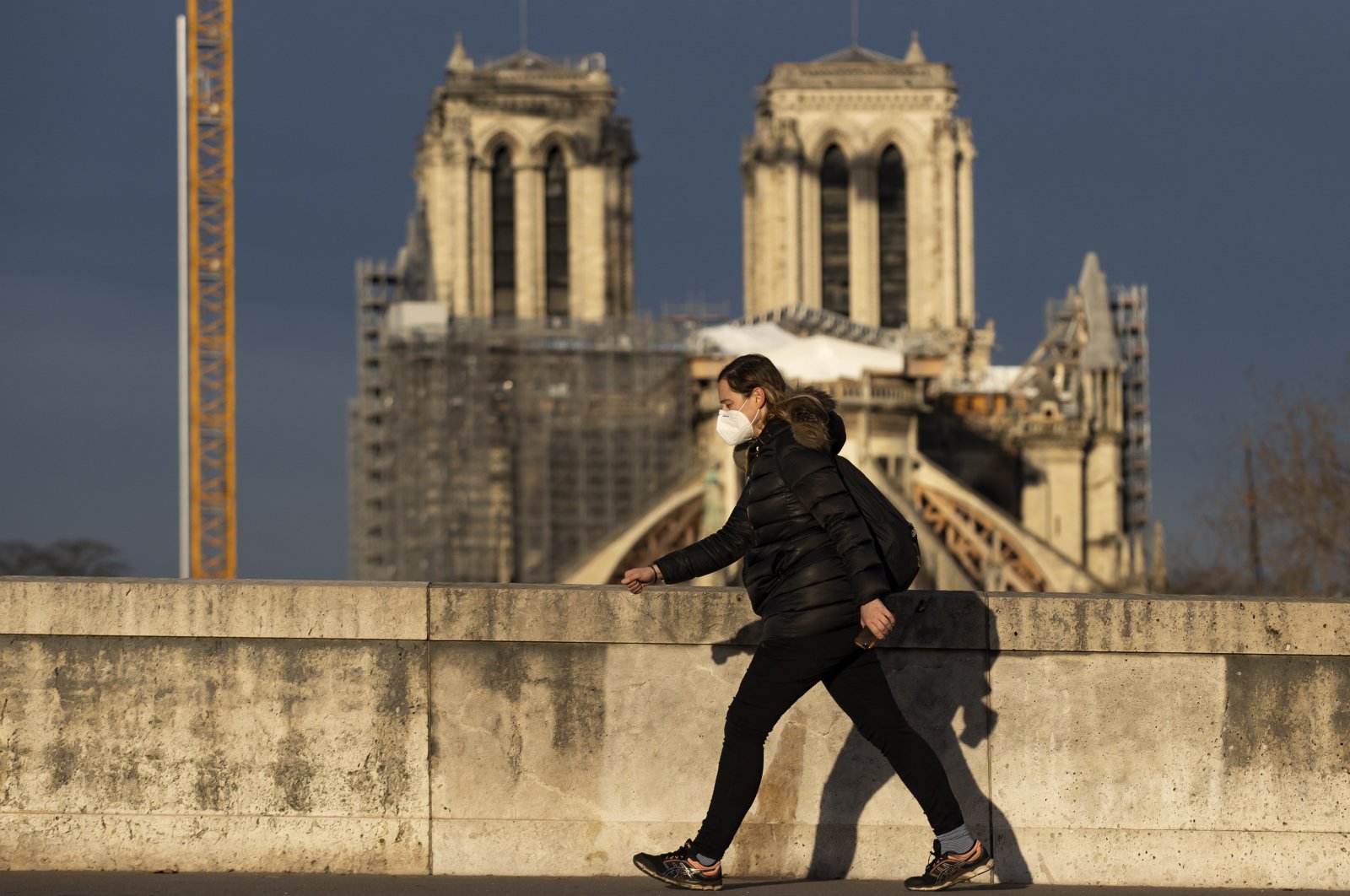 Türkiye's inflation dips to 84.39% as price pressures start to ease

As French and German businesses weathered the second round of COVID-19 lockdowns somewhat better than expected, Europe’s economy as a whole shrank by a less-than-expected 0.7% in the last three months of 2020.

That consolation in official figures released Tuesday couldn’t erase a gloomier outlook for this year, as the 19 countries that use the euro are expected to lag China and the U.S. in bouncing back from the worst of the pandemic.

For the year, the eurozone shrank 6.8%, according to the EU statistics agency. The figure underscores a rollercoaster year of freakish economic data, with a plunge of 11.7% in the second quarter, the biggest since statistics started in 1995, followed by a rebound of 12.4% in the third quarter in late summer.

The winter wave has meant new restrictions on travel, business and activity, but companies in some sectors such as manufacturing have been better able to adjust than services businesses such as hotels and restaurants.

The German economy, Europe’s biggest, grew by a scant 0.1% in the fourth quarter while France saw a smaller than expected drop of 1.3%. Overall, economists had expected a drop in the eurozone of as much as 2.5%.

The eurozone is expected to reach 2019 levels of economic output only in 2022, say officials from the European Central Bank. That contrasts with China, the only major economy to grow in 2020 with a 2.3% increase in output, and with the U.S., where Congressional budget experts foresee a rebound to 2019 levels by the middle of this year. The International Monetary Fund last month cut its forecast for eurozone growth this year to 4.2% from 5.2%

The figures arrive amid disenchantment and finger-pointing over the slow pace of vaccine rollouts in the European Union, while the U.K., which has left the EU, started earlier and has been vaccinating its population at a faster pace.

“While the eurozone GDP data were better than what we were expecting only a week ago, the short-term prospects for the European economy remain clouded by a challenging health situation in several countries and an underwhelming start of the vaccination roll-out,” said Nicola Nobile, lead eurozone economist at Oxford Economics.

Across Europe, lockdowns are being implemented and gatherings restricted in an attempt to bring down the devastating number of cases and deaths caused by the virus. Most recently last Friday, Fench Prime Minister Jean Castex said the country would close its borders to all arrivals from outside the European Union, except for essential travel, holding back on announcing an anticipated nationwide lockdown.

Türkiye's inflation dips to 84.39% as price pressures start to ease