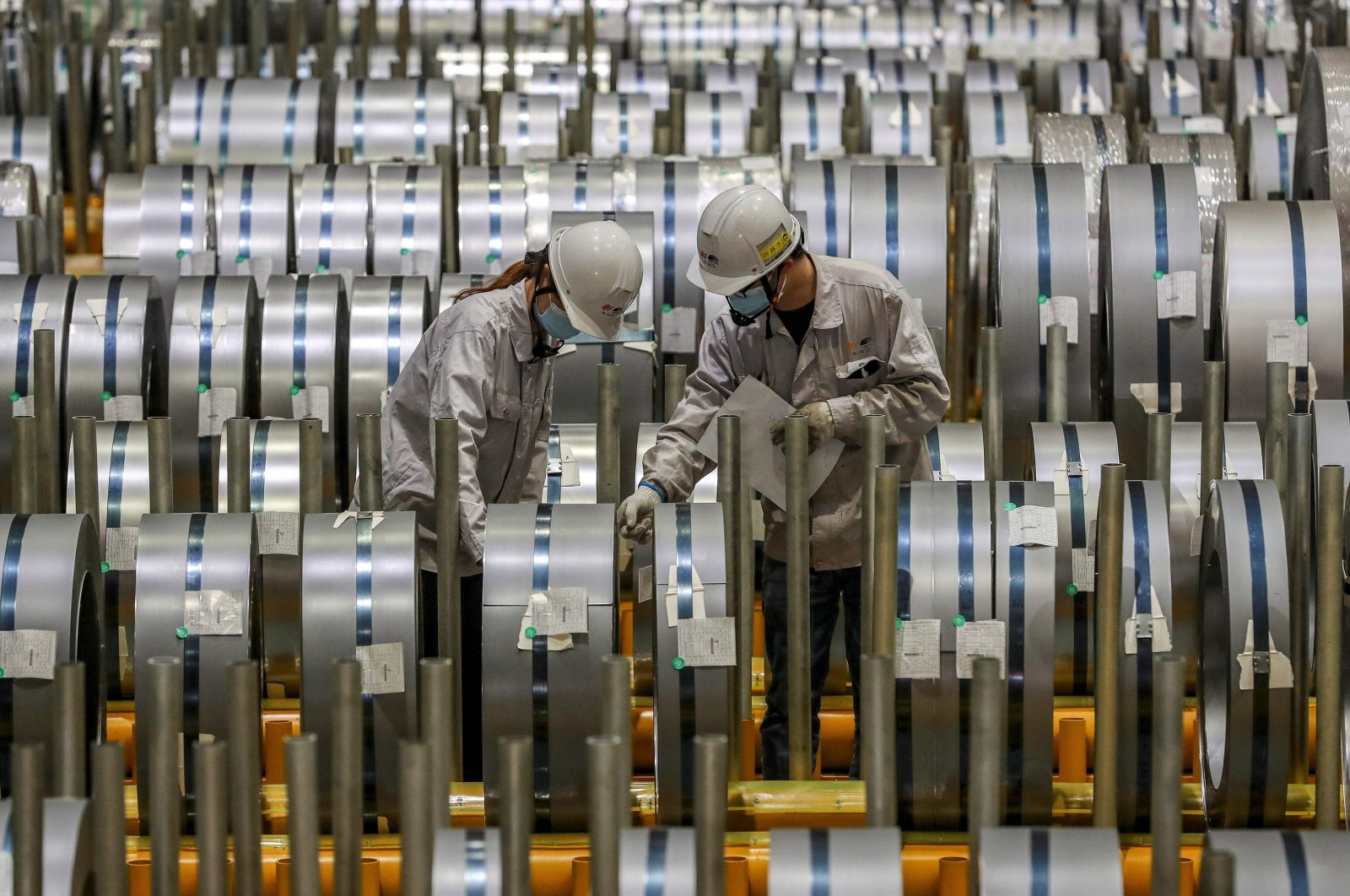 Factory output grew 9.8% in April from a year ago, in line with forecasts but slower than the 14.1% surge in March, National Bureau of Statistics (NBS) data showed on Monday. Retail sales, meanwhile, rose 17.7%, much weaker than a forecast 24.9% uptick and the 34.2% surge in March.

"The foundations for the domestic economic recovery are not yet secure," Fu told a news briefing in Beijing Monday.

"For companies as a whole, price increases are conducive to the improvement of corporate efficiency, but the pressure on downstream industries needs to be paid attention to," he added.

China's factory price inflation hit its highest pace since October 2017 in April. That could rise further in the second and third quarters, according to a report from the central bank last week.

The slower growth rates in the April activity indicators were also partly due to the fading base effects as year-on-year comparisons rolled away from very sharp declines seen when the coronavirus shut down much of the country in early 2020.

In the factory sector, motor vehicle production growth fell sharply to 6.8% from 69.8%, due in part to the base effect as well as critical shortages of semiconductors used in car systems.

Growth in the production of cement slowed in April, and coal production fell on year, although aluminum and crude steel output hit record highs, helped by firm demand.

"China's economy shows signs of unbalanced recovery: strong exports and domestic investment on one hand, but weak consumption on the other," said Zhiwei Zhang, chief economist at Pinpoint Asset Management, in a note.

Sectors related to travel, leisure and entertainment are large employers and still held back by COVID-19 uncertainty, he said.

Home appliances sales growth dropped particularly sharply in April from the month before, falling from 38.9% growth on year in March to 6.1%, NBS data showed.

"Looking ahead, we think the rebound in consumption should gather pace again in the coming months as the labor market continues to tighten," he said.

China's economy expanded by a record 18.3% in the first quarter and many economists expect growth will exceed 8% this year.

Exports accelerated in April, thanks to strong demand for Chinese goods amid a brisk U.S. economic recovery and stalled factory production in other countries.

However, April also saw factory activity slow amid supply bottlenecks and rising costs and policymakers have acknowledged some of the recent weaknesses seen in the economic recovery.

"The cost of production has definitely increased, leading to a decrease in profits," said the manager of an automobile accessories factory in China's eastern Zhejiang province, surnamed Xu.

Sales are increasing but relatively slowly, and the factory plans to decrease production accordingly, he said.

A top decision-making body of the ruling Communist Party said last month the country will encourage manufacturing and private investment to recover as quickly as possible.

The Politburo meeting chaired by President Xi Jinping also warned China's economic recovery remained uneven and that its foundation was not yet solid.

"The government may put the monetary policy tightening on hold for now and observe the pace of recovery," Zhang from Pinpoint Asset Management said.