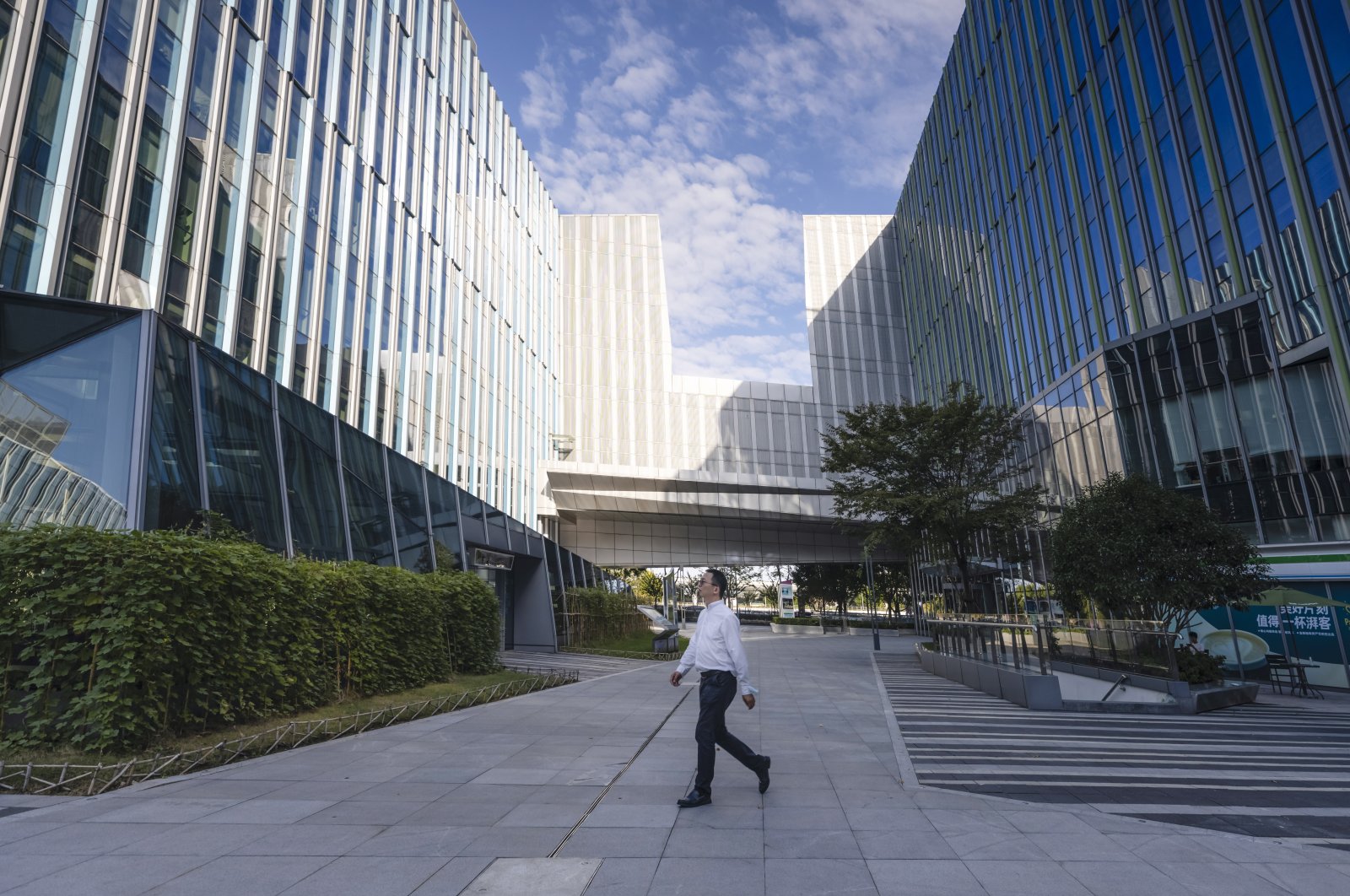 Bonds and shares issued by Chinese developers slumped Friday as onshore markets returned from a weeklong holiday with few clues as to how regulators propose to contain the contagion from cash-strapped China Evergrande Group's debt problems.

Evergrande, whose shares remain suspended since it requested a trading halt on Monday pending a major transaction announcement, is facing one of the country's largest defaults as it wrestles with more than $300 billion of debt.

The company last month missed coupon payments on $2 bond tranches and faces three more early next week totaling nearly $150 million. The possible collapse of one of China's biggest borrowers has triggered worries about contagion risks to the property sector in the world's second-largest economy, as its debt-laden peers are hit with rating downgrades on looming defaults.

On Friday, onshore bonds caught up to the selling. The Shanghai Stock Exchange suspended trading of two bonds issued by smaller developer Fantasia Group China Co, with one dropping more than 50%, after controlling shareholder Fantasia Holdings Group missed the deadline on a $206 million international market debt payment on Monday.

"Typically, a default by a small firm will be viewed as idiosyncratic. However, given tight liquidity for many Chinese developers now, market participants are questioning if this may be a precursor for voluntary defaults by other developers with healthy short-term liquidity positions, but large unsustainable longer-term debt," Chang Wei Liang, Credit & FX Strategist at DBS Bank, said in a note.

In a statement Thursday evening, Fantasia Group said its operations were normal and it was maintaining close contact with investors. It also said it was "actively promoting debt service protection measures."

China Aoyuan Group on Friday said in a statement that it had deposited funds for the payment of an onshore bond maturing Oct. 12, after another of its onshore bonds dropped more than 7.5% in morning trade.

Worries around Evergrande contagion also hit mainland share prices, pulling an index tracking the property sector down 1.75% in afternoon trade, against a rise of around 1% for blue-chip shares

In Hong Kong, the Hang Seng Property and Construction index fell more than 0.6%, versus a 0.1% drop for the broader Hang Seng index.

Bloomberg reported on Thursday that some dollar bondholders were invited by advisers to a call on Friday at 6:30 a.m. EST (10:30 a.m. GMT) to discuss strategy and how to broaden the group.

Furthermore, Evergrande dollar-bond trustee Citi has hired law firm Mayer Brown as counsel, according to a source familiar with the matter. Citi and Mayer Brown declined to comment.

A group of bondholders previously selected investment bank Moelis & Co and law firm Kirkland & Ellis as advisers on a potential restructuring of a tranche of bonds, two sources close to the matter said in September.

Chinese regulators have not made any comments specifically on Evergrande during the weeklong holiday from Oct. 1, although the central bank last Wednesday urged financial institutions to cooperate with relevant departments and local governments to maintain the "stable and healthy" development of the property market and safeguard housing consumers' interests.

In a commentary late on Thursday, the state-backed Global Times said that authorities' adherence to debt caps known as the "three red lines" indicated that "China has its own set of priorities and maintains the focus on deflating the real estate bubble and reducing risks."

Investors have been waiting to hear from the company after it requested a halt in the trading of its shares in Hong Kong on Monday pending an announcement about a major transaction. Evergrande Property Services Group, a spin-off listed last year, also requested a halt and said it referred to "a possible general offer for shares of the company."

While a sale of assets would temporarily ease concerns around Evergrande's cash flows, analysts also reckon the indebtedness of Evergrande and some other Chinese property firms is too large to be resolved quickly.

An index of China's high-yield debt, which is dominated by developer issuers, has been sliding through the week and on Friday morning hit its lowest level in more than five years. It could soon see spreads at their widest on record.