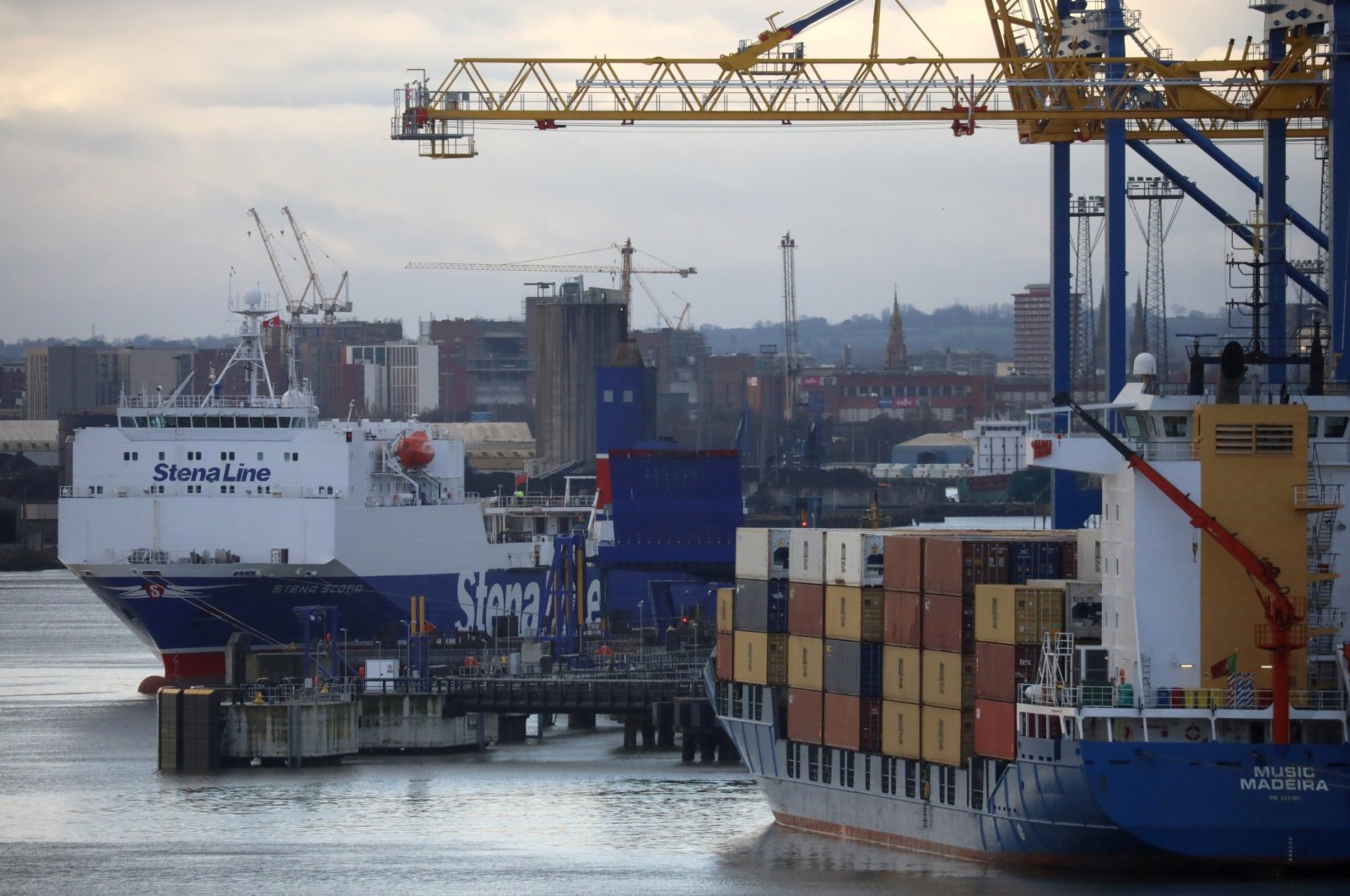 A "very bright future" could be on the horizon for British-Turkish trade and investment ties if the sides can secure a more comprehensive agreement to follow their free trade deal signed late last year, according to the United Kingdom's ambassador in Ankara.

The populations of Germany and Turkey are roughly the same size at about 80 million, he said. Yet, the U.K.'s trade with Germany is eight times bigger than its trade with Turkey.

Chilcott said part of the reason for this was that Germany has a lot of very high-tech companies, though even this could not justify such a wide gap.

Touching on the lessons learned from the pandemic conditions, he said many countries including the U.K. came to realize that they had become too dependent on China as a supplier.

"The U.K. wants to find other suppliers. It happens in our locality, there is a relatively low-cost supplier with a wide manufacturing base, which manufactures to European standards. And that's called Turkey."

Chilcott said the U.K. could source more of its needs from Turkey as an initial course of action while diversifying from China.

During the last few days of 2020, Turkey and the U.K. signed a free trade deal to keep up the existing flow of goods. “This is a historic day for Turkey-U.K. relations,” Turkish Trade Minister Ruhsar Pekcan said just before she signed the agreement with her British counterpart in a televised videoconference call. The landmark deal was described as Turkey’s most important trade agreement since its 1995 customs union with the EU that allows goods to travel between the two entities without customs restrictions.

With the U.K. committing itself to net-zero carbon emissions by 2050, the British envoy underlined that this ambitious target would have a huge impact on its foreign trade relations.

"We're going to have to start now buying the equipment. We need to get down to zero emissions and decarbonize our economy."

According to Chilcott, British companies will be looking for good places to invest where they can manufacture the equipment that they need.

These firms, he added, will want their company's reputations to stay untarnished and will be influenced by the nature of the countries they invest in.

"And I think Turkey has an opportunity now if it gets behind the Paris (climate) treaty, and joins the international consensus – emerging consensus – on setting an ambitious emissions reduction target."

It will be up to the Turkish government whether it does these things, he emphasized.

"But if it were to do those things, I think it would generate a lot of momentum, and draw a lot of attention to itself by companies looking to invest in the new green technologies of the future."

To maximize the potential in its trade with the EU, Turkey also needs to take account of the bloc's Green Deal carbon adjustment tariffs for countries they trade with, Chilcott said.

On whether Brexit could have an impact on Turkey's approach to EU membership, he said: "If you look at the public statements by members of the Turkish government, they're very clear. Membership is still the long-term objective."

But, some people are interested to see what kind of future relationship the U.K. will have with the EU, in case that provides a model for Turkey in some way, he added.

"I'm not sure it will do because, you know, one of the big consequences of Brexit is we're outside the customs union and Turkey wants to stay in and indeed expand its relationship within the customs union," he stressed.

According to him, Turkey and the U.K. are in different places in this case.