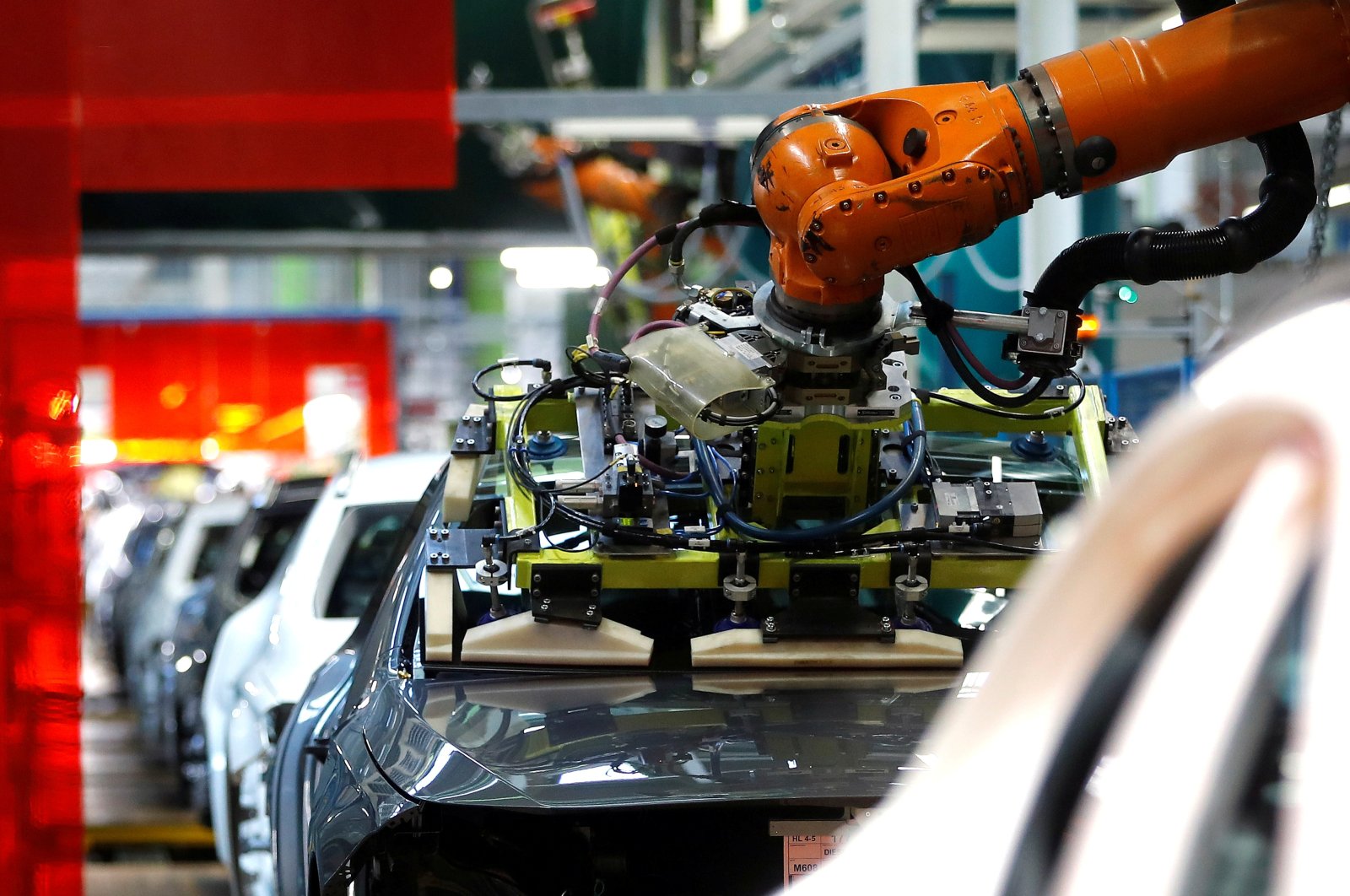 A robot engineered by Kuka adjusts a windscreen in a fully automated process on a model of the A-class production line of German car manufacturer Mercedes Benz at the Daimler factory in Rastatt, Germany, Feb. 4, 2019. (Reuters Photo)
by REUTERS May 03, 2021 12:29 pm
RECOMMENDED

While a third wave of coronavirus infections in Europe has forced some governments to shutter much of their dominant service industries, factories have largely remained open.

IHS Markit's final Manufacturing Purchasing Managers' Index (PMI) rose to 62.9 in April from March's 62.5, albeit below the initial 63.3 "flash" estimate but the highest reading since the survey began in June 1997.

An index measuring output, which feeds into a composite PMI due on Wednesday and that is seen as a good guide to economic health, edged down from March's record high of 63.3 to 63.2. Anything above 50 indicates growth.

"However, supply constraints are also running at unprecedented levels, leading to a record build-up of uncompleted orders at factories."

With the cost of raw materials rising at a near record pace, factories were forced to raise their own prices at the sharpest pace since IHS Markit began collecting the data.

"The big uncertainty is how long these upward price pressures will persist for, and the extent to which these higher charges for goods and services will feed through to consumers," Williamson said.

Still, inflationary pressures might be welcomed by policymakers at the European Central Bank (ECB) who have not managed to get inflation anywhere near their goal despite ultra-loose monetary policy.