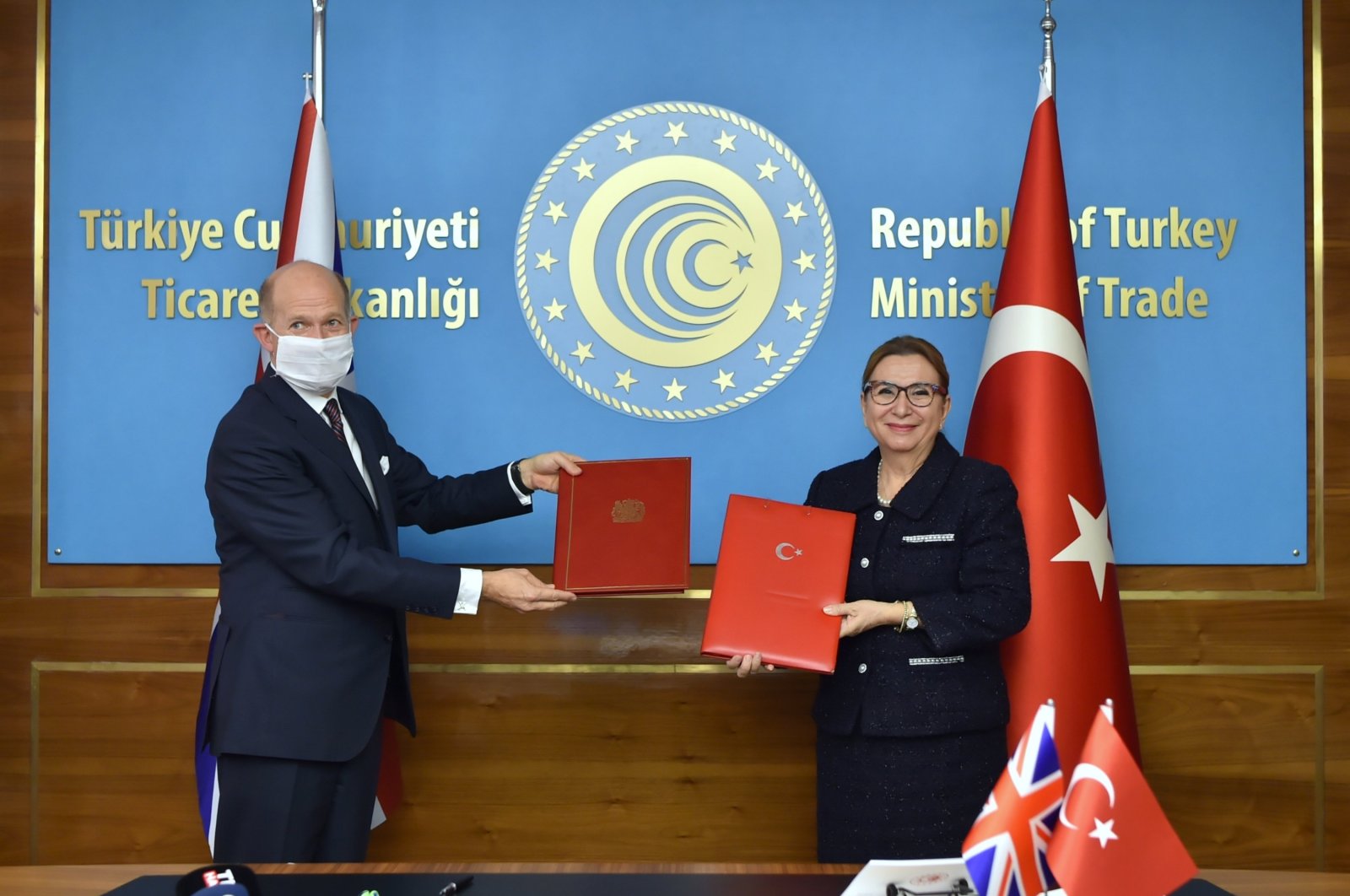 Following the free trade agreement (FTA) inked between Turkey and the U.K., there are now more opportunities to accelerate the two countries' cooperation and to work together on projects in other states, Turkey’s former economy minister and current member of the Presidency's Economic Policies Committee, Nihat Zeybekci, said Wednesday.

Zeybekci was speaking during a panel on how the future relationship between Turkey and the U.K. in the post-Brexit era can pave the way for new partnerships in various fields in the Middle East, Africa and beyond. The online webinar was organized by the Circle Foundation and underlined ways to create a new platform that would be an alternative to the European Union.

Zeybekci said the U.K. has been a very important country for Turkish exports, adding there was a huge volume of trade even in 2020 during the pandemic.

Before Brexit, exports from Turkey to the U.K. were limited because of the customs union, but that hindrance no longer exists, he said.

Underlining Turkish construction companies' recent success across the world, Zeybekci emphasized that Turkey and the U.K. could develop joint projects in many places, including in Africa and the Middle East.

The former economy minister also said the two countries could cooperate in the field of energy.

The panel was also attended by Co-Chair of All Parliamentary Group for Turkey Mark McInnes, conservative Member of Parliament and chief envoy for Eastern Europe Daniel Kawczynski, British Ambassador to Turkey Dominick Chilcott and Yaprak Gürsoy, a senior lecturer on politics and international relations from Aston University.

Moderating the panel, McInnes said that when the U.K. was a member of the EU, it was not allowed to establish and develop relationships at its desired level with other countries, but in the new era, there is a potential to improve ties with many nations, including Turkey.

He also pointed out the Uighur Muslim situation in China and said he was looking forward to a partnership with Turkey to defend human rights across the world.

Kawczynski said the "supremacy of NATO in Europe should be maintained," adding that a proposed European army would undermine the alliance.

He went on to praise Turkey for hosting millions of refugees and pointed out the importance of Ankara for NATO.

"No country in the world has done (more) to help the refugee crisis in Syria" than Turkey, Kawczynski said.

He also noted that London and Ankara are now non-EU members but they belong to NATO, as is the case with Norway and Iceland. He said that an alternative platform to the bloc should be created and hopes that "Turkey would join Britain in doing so."

Presenting an analytical outlook of perceptions in both countries of the other, Gürsoy said they may play a huge part in the future relationship between the U.K. and Turkey and that positive perceptions will pave the way for better cooperation in the future.

Chilcott said the British government is exploring how it can use its new role in the world in the post-Brexit era.

Underlining that Turkey and the U.K. have many common points for cooperation, Chilcott said there is "good ground" to be hopeful for new cooperation between the two countries.

He said the FTA signed with Turkey will cover agendas such as fresh agricultural products and services, digital areas and public procurement. Chilcott went on to note that "if we succeed in signing a comprehensive agreement," the relationship between the nations will grow stronger.

Chilcott said Turkey has been "underappreciated for doing our dirty work," noting the country's significance during the Cold War era.

"Turkey is the last stable democracy when you head east," he said, adding it is able to absorb a lot of the instability from neighboring countries.

The ambassador said that the Turkish military's presence in northern Syria "prevents humanitarian catastrophe" and that Turkey not only protects the lives of millions of refugees within its borders but also of those in Syria. Ankara also helps in counterterrorism efforts as it fights Daesh.

He said there will be benefits for both countries from deeper cooperation in the post-Brexit era.

Chilcott said the U.K. has moved to an Australian-style "point-based" immigration system, and in the future, Turkish people will be judged more fairly in their applications for visas.

He said the number of those traveling from the EU will drop after the end of free movement with Brexit, and countries like Turkey will benefit by receiving more visas for business reasons.

Speaking on the same subject, Kawczynski criticized the U.K.'s visa policies, saying they were "racist" over the last decades. He said the British government had granted Bulgarian citizens an automatic right to travel to Britain because of the country's EU membership but prevented those who wanted to visit from neighboring Turkey.

Gürsoy said it is important for Turkish students and businesspeople to be able to come to the U.K. without a visa and such a move from Britain would help reduce negative perceptions in Turkey.

The Circle Foundation is a London-based nonprofit and independent think tank aiming to empower the Turkish-speaking diaspora by creating a platform for political integration and civic and democratic participation.