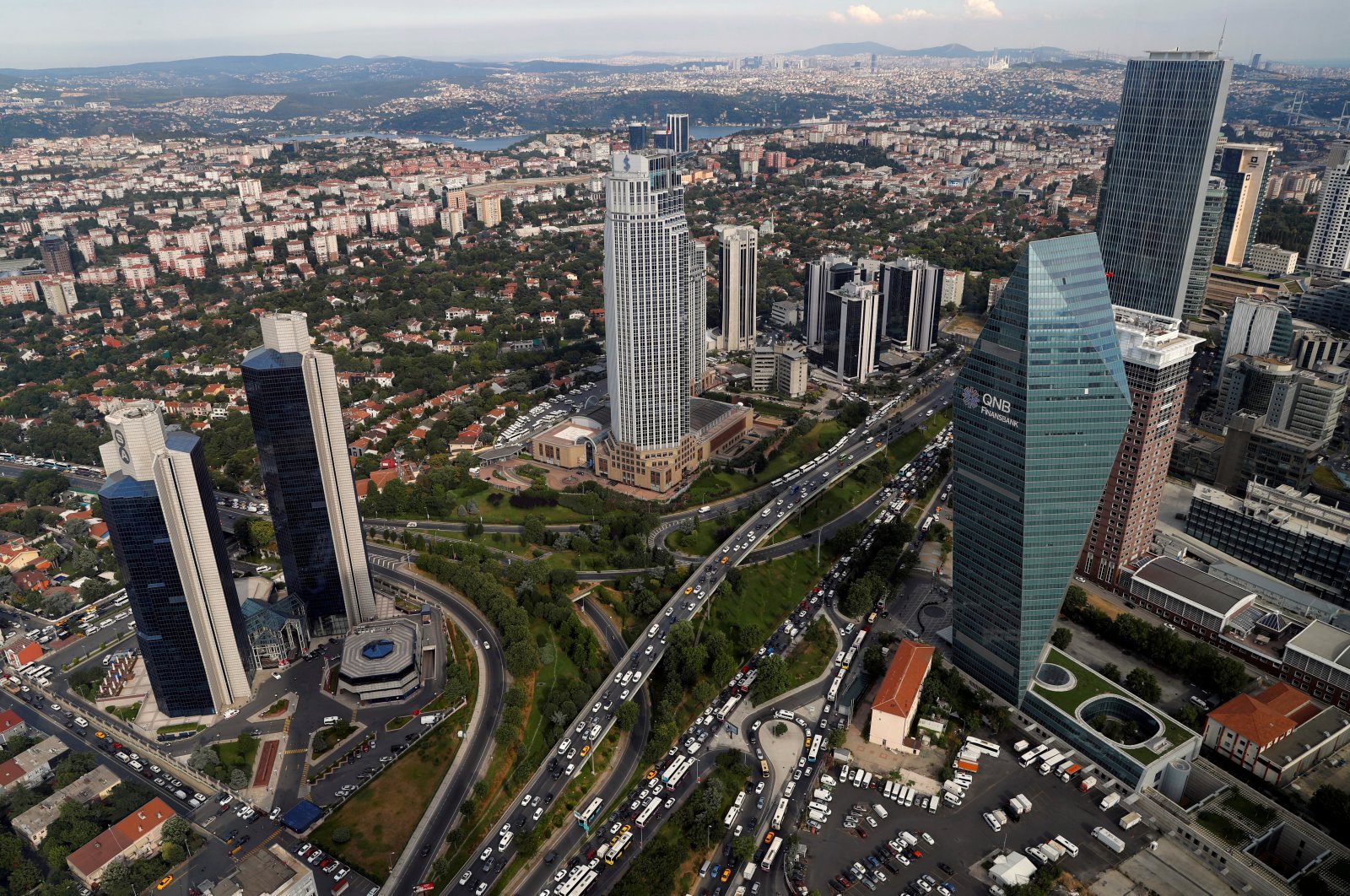 The business and financial district of Levent, which is comprised of bank headquarters and popular shopping malls, is pictured in Istanbul, Turkey, July 9, 2019. (Reuters Photo)
by DAILY SABAH
Sep 29, 2021 1:15 pm

The Milan-based Unicredit said Tuesday it had revised its gross domestic product (GDP) growth estimate to 9.7% from 7.5%, as it said the expansion in the second quarter showed that the first half of the year was stronger than initially expected.

S&P raised its growth forecast to 8.6%, up from its earlier estimate of 6.1% in a fresh report released late on Monday.

Turkey’s economy grew 21.7% year-on-year in the April-June period, rebounding from a sharp slowdown a year earlier driven by COVID-19 restrictions.

Unicredit also upgraded its growth forecast for next year to 5.5% from 3.5%. It cited higher carry-over from 2021 and an earlier and faster than expected start to the central bank’s easing cycle, which it said is to be followed by lending expansion.

The upgrades followed revisions earlier this month by several other financial institutions, including Organisation for Economic Co-operation and Development (OECD), Fitch Ratings and the Wall Street investment banks JPMorgan and Goldman Sachs.

OECD sees the economy expanding 8.4% this year, up from its earlier forecast of 5.7%. It projects the economy would grow 3.1% next year.

Fitch said it expects the growth to come in at 9.2% from its earlier estimate of 7.9%.

The Central Bank of the Republic of Turkey (CBRT) unexpectedly cut its benchmark policy rate by 100 basis points to 18% last week.

The one-week policy rate was widely expected to be held steady at 19%, where it had been since March, given increasing inflation that accelerated to 19.25% in August, the highest level in more than two years.

Unicredit economists said they expect another 300-basis-point rate cut by the end of the year. “We do not see much room for further easing in 2022, beyond a measured cut to 14.5%,” they said.

Unicredit said the headline inflation is expected to decelerate from November onward due to disinflationary base effects.

The group expects annual inflation to peak above 20% in October, if energy price hikes are introduced next month, before easing to 18.5% at the end of the year and to 14.4% in 2022.

S&P sees the consumer price inflation dropping to 15.2% by the end of the year, before declining to 12.3% next year.

Turkey’s economy likely gained momentum in the third quarter, Unicredit said, with the service sector, especially hospitality and leisure activities, benefiting the most from reopening after the country lifted all of the pandemic-related measures as of July.

S&P said emerging markets in Europe, the Middle East, and Asia saw rapid growth in the second quarter of the year thanks to the stronger consumption and exports.

“As a result, we have revised up our 2021 growth forecasts for Poland, Russia, South Africa, and Turkey,” it said.

S&P recalled that while Poland and Russia had reached pre-pandemic growth figures in the second quarter, Turkey’s real GDP exceeded its pre-pandemic level by 9%.

It also underlined that a better than expected tourism season had boosted Turkey’s foreign currency revenues.