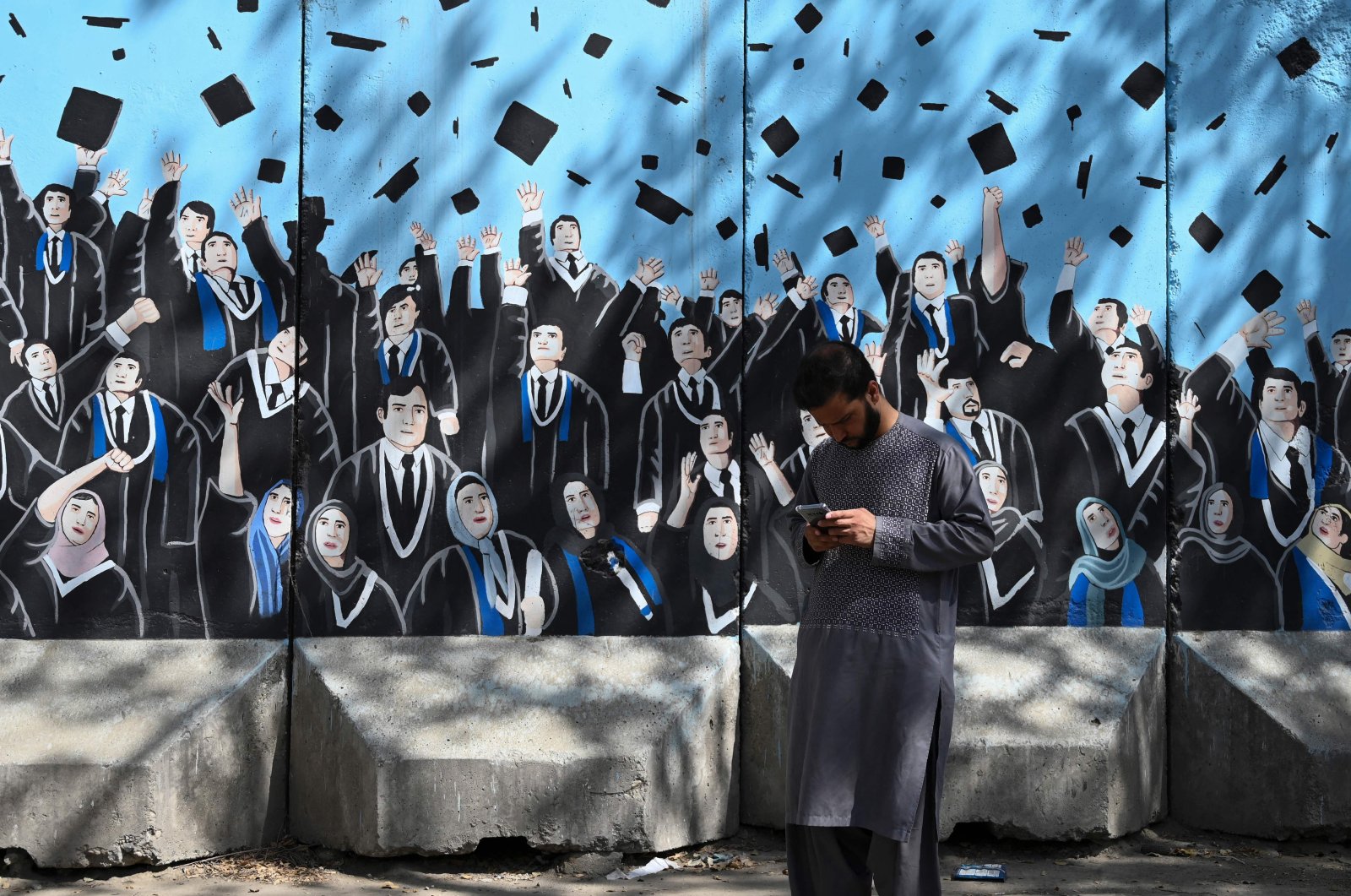 The Taliban have recently announced an acting government for Afghanistan, yet what lies ahead for Afghans remains unknown, as they fear for their future with a lack of jobs, money and economic stability.

As a nurse at one of Kabul's main hospitals, Latifa Alizada was the breadwinner for her family, providing for her three young boys and unemployed husband.

Now – since the Taliban rolled into Afghanistan's capital – she too is jobless, and worried about the future.

The 27-year-old left her role at Jamhuriat Hospital because the hardline group said salaries would not be paid, and imposed rules that would force her to wear a face veil and be segregated from male colleagues.

"If I go there, they say 'do not work with this style of dress. Do not work with men. Work with women.' This is impossible," she told Agence France-Presse (AFP) at a street market in Kabul.

"For us, there is no difference between men and women, because we are medical workers," she added.

Afghans like Alizada worry about what lies ahead under the Taliban.

Food prices have gone up at markets, the cost of fuel has risen and there are fewer opportunities to make money.

The United Nations this week warned prices for essential goods were soaring in Afghanistan, adding: "There are fears of food shortages, higher inflation and a slump in the currency all resulting in an intensification of the humanitarian emergency across the country."

Many government services are no longer functioning, while the international community – which has long propped up the aid-dependent economy – hesitates over funding Afghanistan.

In some sectors that are operating, the Taliban have offered wildly different salaries.

A former customs official, who did not want to be named for security reasons, told AFP he had worked at the Spin Boldak border crossing with Pakistan for more than seven years.

Under the previous government, he earned about $240 per month, but the Taliban said they would pay him just $110.

"It is up to you if you want to continue your job, or quit," the Taliban told him. The official said he resigned after weighing up his salary against the cost of the long commute to work.

The sight of big crowds queuing to get into banks to access cash is now commonplace across Afghanistan.

The country's central bank only has access to a fraction of its usual financing, cut off from the international banking system and access to the country's foreign currency reserves.

It means cash is in short supply and the Taliban are enforcing a withdrawal limit of $200 per person each week.

In the capital Wednesday, about 150 men jostled in the midday sun outside a branch of Kabul Bank, where government employees under the last administration held accounts.

An armed security guard clutched an electric cable to use as a whip in case the crowd grew too boisterous as they queued for one of the two ATMs.

Abdullah told AFP he traveled overnight from the northeastern province of Takhar, which borders Tajikistan, to get to the branch at the crack of dawn – and he was still at the back of the queue at noon.

Worried about the future

"The problem is that after the collapse of the government, all the banks were closed," the 31-year-old former army commando said.

He told AFP that some soldiers like him could not access their salaries in the months leading up to the Taliban takeover in mid-August.

"I was at my post for three or four months. My salary was in the bank and I couldn't get it," he said.

Other members of the security forces complained of not getting paid at all in the months leading up to the Taliban takeover.

A kitchenware shopkeeper in the capital, who did not want to give his name for security reasons, told AFP had no customers. "Since the changes, all business has stopped," he said, sitting on a stool in front of his empty store.

"We are facing lots of problems. People are staying in their homes because there are no jobs. There is no one to buy from us," he said.

With high rents and next-to-no income, he worried about looking after his family of five.

"We cannot find the money to feed ourselves. People are concerned about how to find their meals, morning and night. Everyone is worried about their future," he explained.