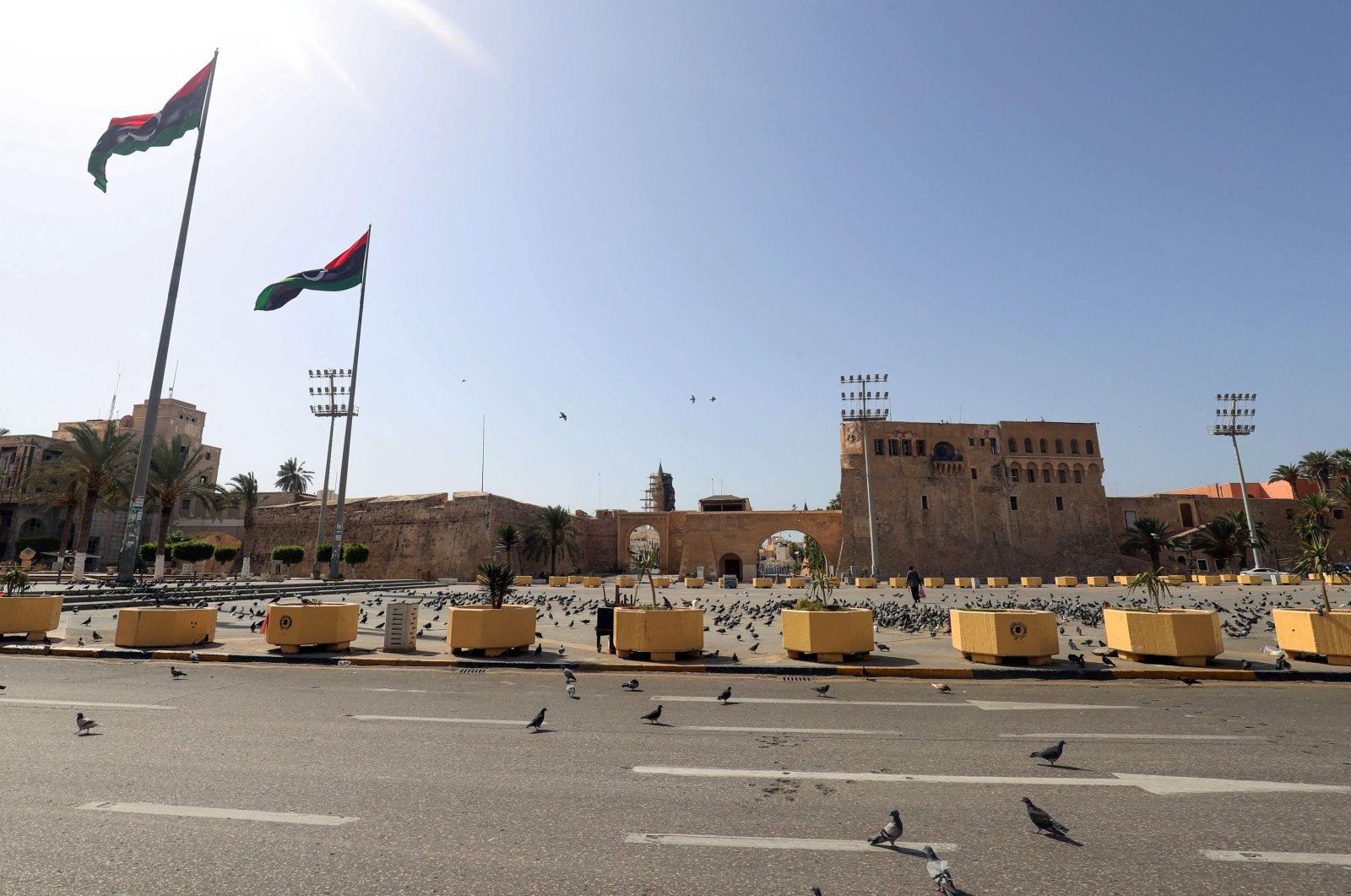 Pigeons fill the almost-empty Martyrs square a day after the authorities announced a total curfew throughout the weekend, to mitigate the spread of the COVID-19 pandemic, in the capital Tripoli, Libya, Aug. 7, 2021. (AFP Photo)
by Betül Usta Aug 10, 2021 3:47 pm
RECOMMENDED

Turkish companies left $19 billion (TL 163.47 billion) worth of projects unfinished in 2011 when they fled Libya due to safety concerns relating to the civil war following the ousting of late dictator Moammar Gadhafi.

Additionally, the receivables of more than a hundred Turkish companies that have been doing business in the Maghreb country for years have not been collected.

There were several initiatives from both Turkey and Libya’s authorities to solve the problems regarding the pending receivables, which haven’t yet yielded concentrated results.

However, bilateral ties and negotiations show that the country’s authorities are willing to both enable the collection of the receivables and invite Turkish companies to do business in their country.

The Turkish business world currently expects a payment of $1.1 billion for these receivables to be made in the near future.

Libyan Prime Minister Abdul Hamid Mohammed Dbeibah paid a visit to Istanbul on Saturday with an accompanying delegation, where he met with President Recep Tayyip Erdoğan.

During the meeting between delegations from both countries, the issue of cooperation with Turkish companies in areas such as electricity, transportation, natural gas and oil production in Libya was on the agenda once more.

Considering the established bonds between Turkey and Libya and the experience of Turkish businesspeople working in Libya, Turkey is one of the leading countries that can help support the rebuilding of the country.

Turkey’s Trade Ministry signed a memorandum of understanding (MoU) with the Libyan Ministry of Planning on Aug. 13 last year that was expected to pave the way to solve the deadlock on the local builders’ contracts in the country, yet the process is not yet at the desired level.

The ongoing conflicts in Libya, which have just recently eased, despite some violations of the cease-fire between the nation's warring rivals, have stalled all the projects, leaving the contractors in the current deadlock.