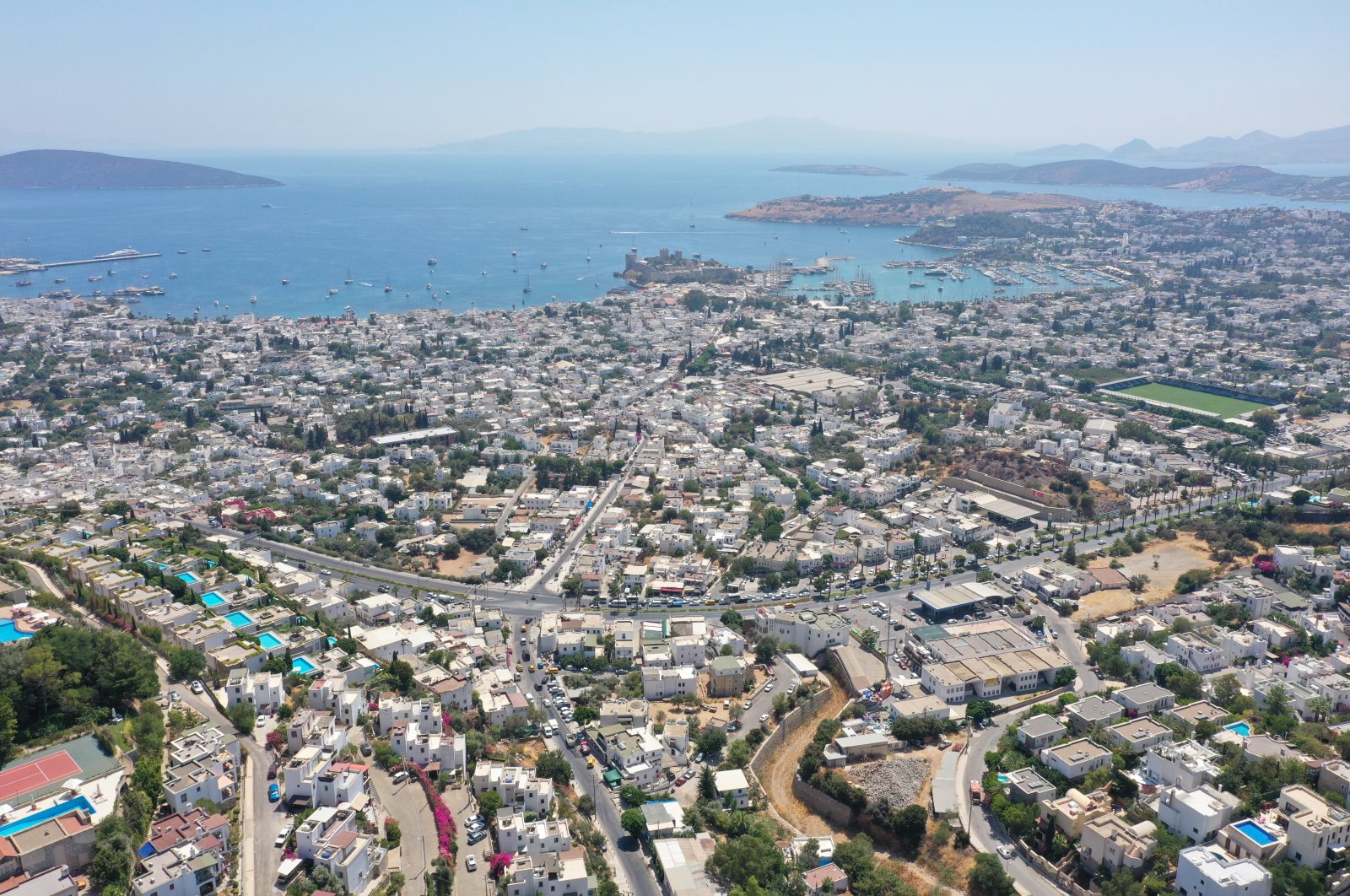 A view of the southwestern Turkish resort town of Muğla, which was overcrowded by locals during the Qurban Bayram holiday, July 23, 2021. (AA Photo)
by Feride Cem - Betül Alakent Jul 28, 2021 2:10 pm
RECOMMENDED

In what could be seen as their brightest days since the pandemic hit, Turkish businesses had a lot to be pleased about during the recent lockdown-free Islamic holiday of Qurban Bayram, also known as Eid al-Adha.

Normally a boon to the economy, the nine-day respite that ended just last Sunday had mobilized every possible sector, from retail and transportation to tourism and local tradespeople.

Hotels and restaurants were packed as hundreds of thousands of people flocked to airports, ports and bus stations to make their way to their hometowns or holiday resorts.

Many headed to malls and markets to do their shopping as the Islamic holiday usually spells large family gatherings replete with mutton cuts, sweets and gifts.

Overall, the holiday between July 17-26 is forecast to have generated as much as a TL 60 billion ($7 billion) boost to the economy. Of this, some TL 18 billion is estimated to have been spent on sacrificial animals, an integral part of the holiday, and some TL 11 billion on travel and accommodation.

Restaurants and cafes are also forecasted to have generated as much as TL 30 billion in turnover.

The demand for rental cars surged by more than 20% in the week through July 17 before the holiday, said Turkish Auto Leasing and Rental Companies Association (TOKKDER) Chairperson Inan Ekici.

“Some 70 out of every 100 vehicles were rented before the holiday, while this figure rose to 85-90 during the holiday period,” Ekici noted.

“Around 6,000 cars were added to the existing vehicle park, prompting an additional turnover of about TL 20 million.”

Ekici particularly stressed the skyrocketing demand in regions such as Antalya, Izmir, Bodrum, Dalaman and Trabzon, saying they “were unable to meet all the demand from time to time in the coastal areas.”

Businesses were overshadowed by the curbs brought along by the pandemic over the past 15 months since COVID-19 hit in March last year.

The country already lifted curfews on July 1, and most restrictions, except for the mandatory mask rule, have ended.

Yet, the recent surge in the daily cases following the holiday has renewed fears of another wave and new lockdowns, with experts warning the rise could signal a major challenge in autumn.

Autumn is a time when more people start spending time indoors, and the current rise in cases will only worsen without measures, experts say.

New COVID-19 cases jumped to 19,761 on Tuesday, the highest since early May, from 16,809 a day earlier, according to health ministry data.

Daily COVID-19 infections surged in recent weeks from a low of 4,418 on July 4 after all restrictions were lifted.

The infections reached a daily peak above 60,000 during a wave in April-May. They then fell to a low of 4,418 on July 4 after a lockdown that ended in mid-May.

Health Ministry statistics also showed that the seven-day average stood at 10,269, a significant increase from the previous week's average at 6,880.

However, unlike in past COVID-19 waves, deaths and hospitalizations have not progressed in lockstep with rising cases, thanks to mass vaccinations since the start of the year.

Turkey has so far administered over 69.4 million doses of COVID-19 vaccines, according to the health ministry. Over 40 million people have received their first dose, while more than 24.93 million are fully vaccinated.