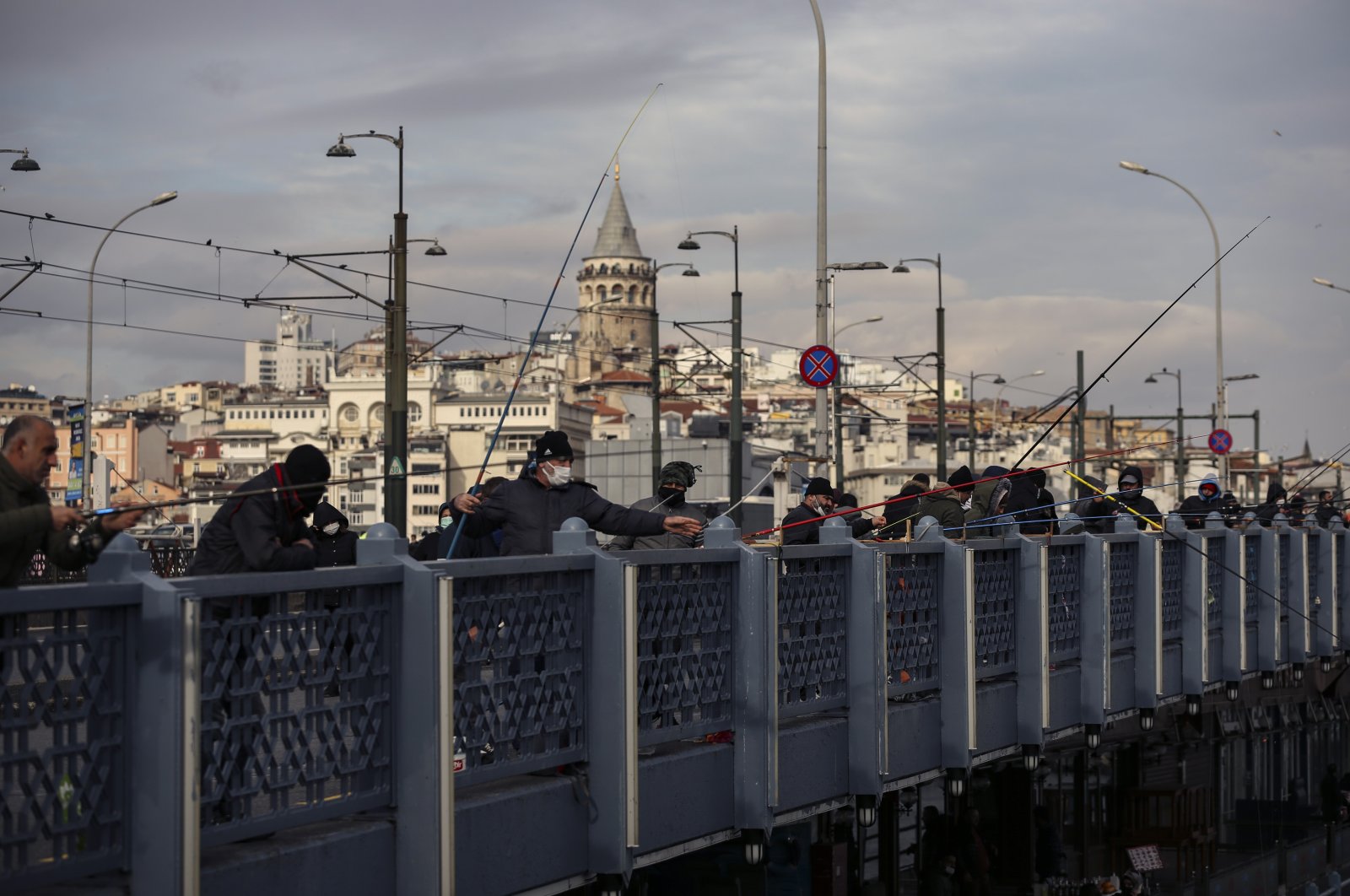 Fishermen wearing masks to help protect against the spread of coronavirus, fish off the Galata Bridge hours before a two-day weekend lockdown, in Istanbul, Friday, Jan. 29, 2021. (AP Photo)
by DAILY SABAH WITH AA Feb 25, 2021 2:22 pm
RECOMMENDED

Slevogt told Anadolu Agency (AA) that Germany’s investments in Turkey totaled $10.2 billion (TL 73 billion) in the January 2002 and October 2020 period, making it the fifth country according to the amount of the foreign direct investment (FDI) made in Turkey.

He stressed that Turkey has very promising market qualifications for German investments, and “a strategic location in addition to being an advantageous production base with skilled labor and a major market with favorable demographics.”

However, he said, the global trade environment has changed in the last 25 years, thus the Customs Union needs modernizing that would include new developments and agendas, as the agreement creates a win-win situation for both Europe and Turkey.

Further commenting on German business presence in Turkey, Slevogt informed that there are currently 7,556 German companies in the country, including medium-scale firms, that employ around 140,000 people.

He stressed that even in a challenging business environment like the one created by the pandemic that affected FDIs in Turkey, German companies went on as usual because they see the strategic advantage the country offers.

"The trend, according to the 2020 spring, is more positive,” he added.

The automotive and machinery sectors attract the most investment from German firms, according to Slevogt who said some “30% of the chamber members are in the industry and manufacturing sector. There are also significant investments in logistics, pharmaceutical and medical industry, chemistry, renewable energy, retail, finance, textile and similar fields.”

Meanwhile, Slevog emphasized that with his experience in the fields of banking, investment and purchasing companies, he can safely say that Turkey remains below its real value. He added that the potential can be achieved through investment incentives, economic reforms that will strengthen Turkey's economy with tight monetary policy and investor relations at both international levels and from the German-Turkish perspective.

The recent monetary policy allowing real interest rate has provided a considerable amount of fund inflows as it reaffirmed the confidence of investors and led to the gaining of value of the Turkish lira, he added.