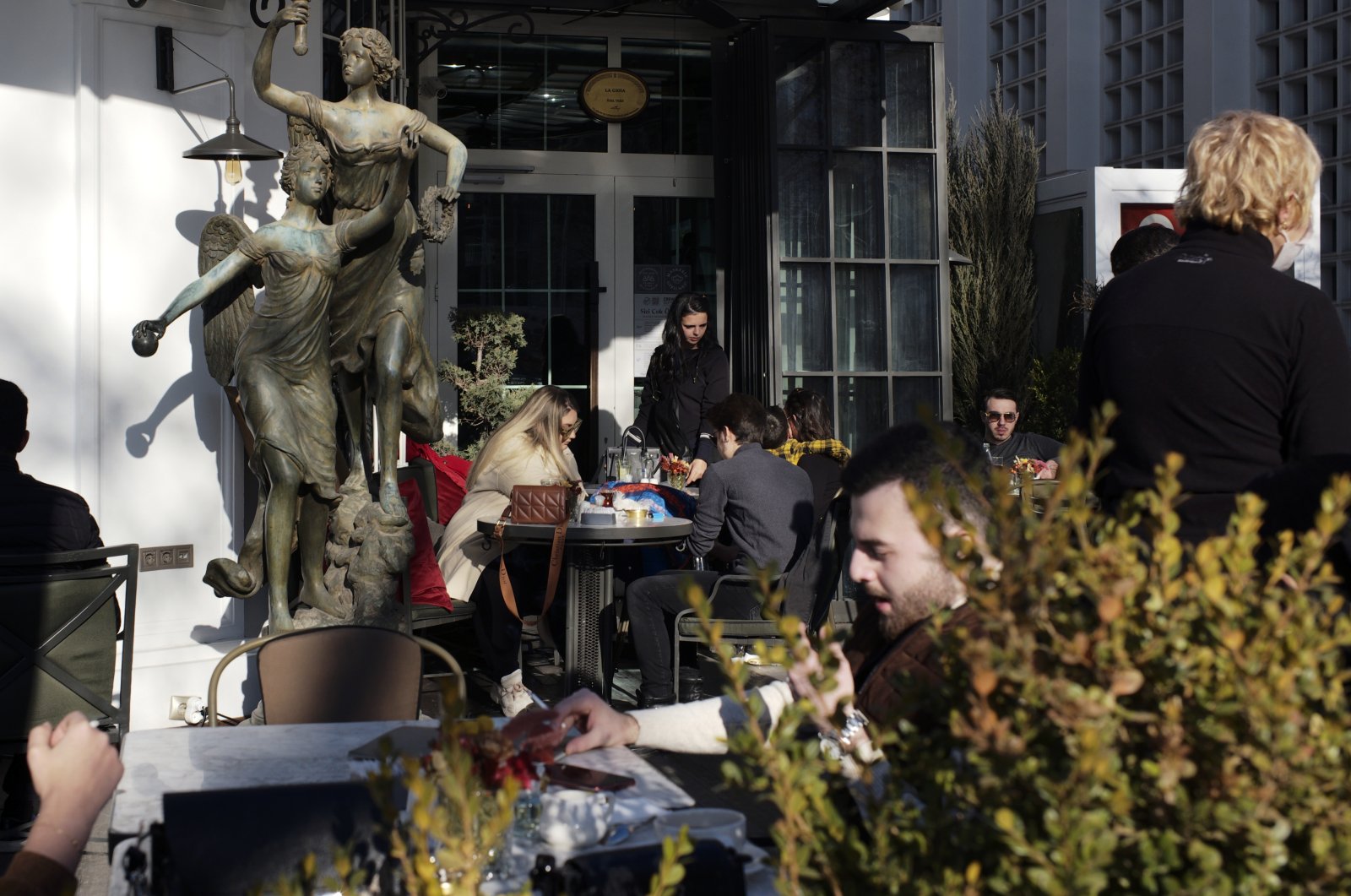 People sit outside a coffee shop as cafes, restaurants and other eateries reopened in some provinces across the country, in the capital Ankara, Turkey, March 3, 2021. (AP Photo)
by DAILY SABAH WITH AGENCIES Mar 09, 2021 1:49 pm
RECOMMENDED

Turkey has extended a ban on layoffs for another two months from March 17, a presidential decision published in the country’s Official Gazette showed Tuesday.

The ban was introduced last year to limit the impact of the coronavirus pandemic on employment and the economy in general.

The measure was first imposed in April for three months. The Turkish Parliament in July approved a law allowing President Recep Tayyip Erdoğan to extend the layoff ban by at most three months each time until July 2021.

Turkey’s unemployment was slightly down to 12.9% in the November period, and participation slipped as the second wave of coronavirus-related curbs started to hit businesses.

Limited to takeaway service for much of last year, restaurants and cafes reopened as of this month as Turkey announced steps to ease pandemic restrictions.

In a Twitter post, Zehra Zümrüt Selçuk, the minister of family, labor and services, said the government is continuing with its measures to protect employees during the normalization process.

In line with Erdoğan’s decision, the government is extending cash assistance as well as restrictions on termination of employment for two more months, she added.