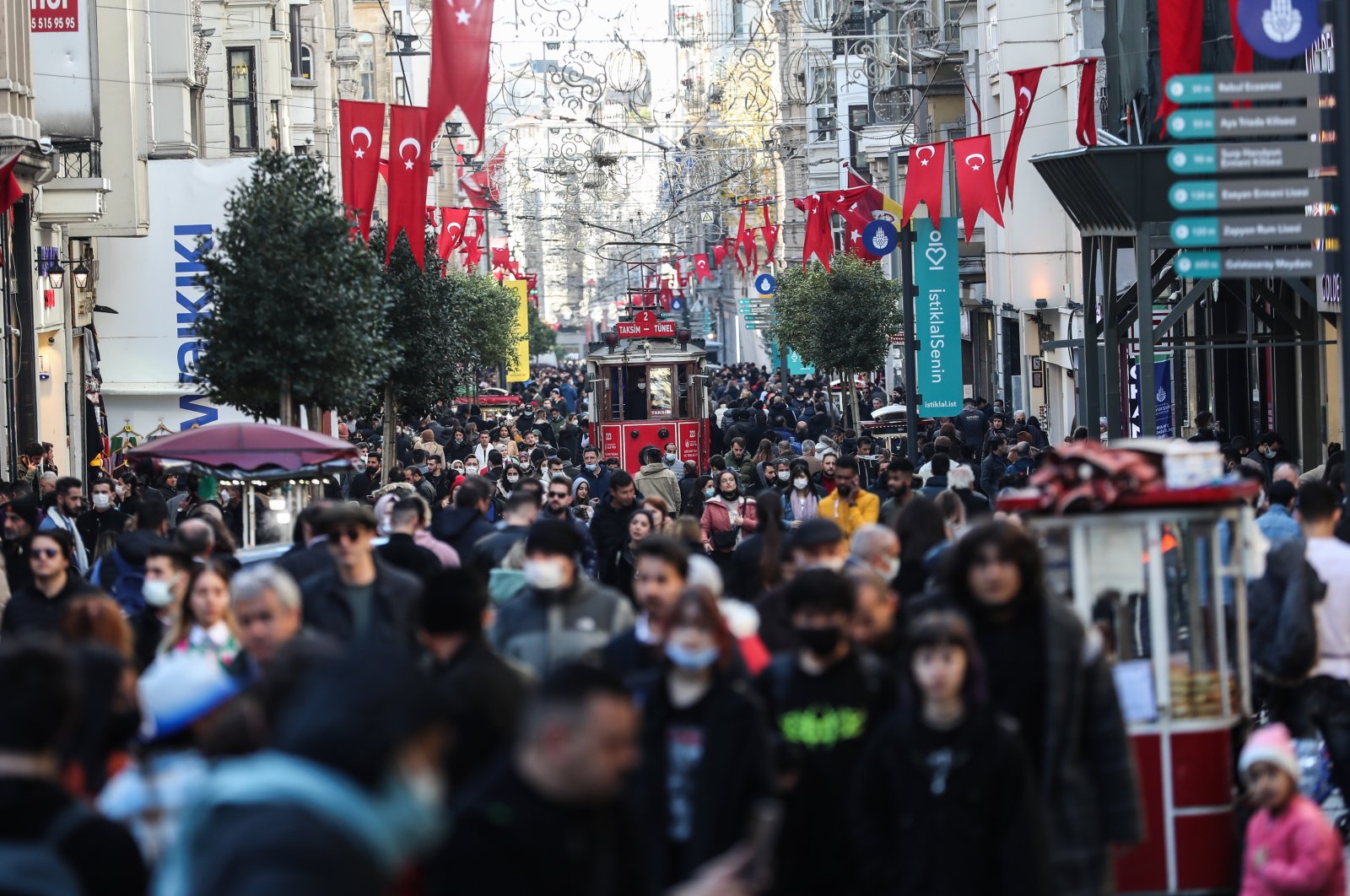 Turkey’s minimum wage has been increased by a massive 50% for 2022, President Recep Tayyip Erdoğan announced on Thursday, also stressing that uncertainty generated by currency volatility and price hikes would end soon.

Becoming effective as of Jan. 1, the wage has been increased to TL 4,250 (around $275.40), Erdoğan told a televised address in the capital Ankara.

“The increase in the minimum wage is 50%, and that is the highest raise in the last 50 years,” Erdoğan said.

“I believe that with this increase, we have shown our determination not to allow our employees to be crushed by the price increases,” he noted. “There are some problems right now, and we will overcome these problems as soon as possible.”

Erdoğan stressed that stability will be ensured with new measures in the coming days, without specifying what they were.

According to the country’s Social Security Institution (SGK), more than 40% of all workers in the country of around 84 million earn minimum wage.

Erdoğan also announced starting next year, the government will abolish both income and stamp tax on the minimum wage “to ease the burden of employers and remove possible effects on employment.”

He was speaking after the Central Bank of the Republic of Turkey (CBRT) cut its key policy rate by 100 basis points to 14%.

It comes amid high volatility in the exchange rate as the CBRT has slashed its benchmark policy rate by 500 basis points since September.

The central bank has also intervened in the forex market four times in the last two weeks, selling dollars to prop up the Turkish lira.

The lira weakened as much as 3.57% after the CBRT’s Monetary Policy Committee (MPC) meeting on Thursday to 15.34 against the U.S. dollar.

Erdoğan reiterated the determination to “put an end to the recent fluctuation in the exchange rate and the associated exorbitant price uncertainty as soon as possible.”

“Our currency is known, and it is the lira, and we will not let it be swallowed.”

Erdoğan last month said the government will protect workers from price increases with a significant hike in the minimum wage.

He said the rise in inflation is temporary and will see positive results on this front toward the year-end.

Annual inflation accelerated to 21.31% last month, the highest reading since November 2018, with staples such as food and gas prices recently jumping.

According to the central bank, inflation pressure is temporary and necessary to expand economic growth and balance the current account.

The 15-member commission that determines the minimum wage is made up of five representatives from the Labor and Social Security Minister and unions representing employers and employees.

Elaborating on the increase, the chairperson of Turkey’s main opposition Republican People’s Party (CHP), Kemal Kılıçdaroğlu, said they were not underestimating the hike, yet added that they did not find it odd either.

The increase in the minimum wage is low considering the depreciation of the lira against the dollar, Kılıçdaroğlu told reporters after visiting Felicity Party (SP) leader Temel Karamollaoğlu in the capital Ankara.

Kılıçdaroğlu said what matters most is getting inflation under control so that people can make ends meet.

For his part, SP’s Karamollaoğlu said what he finds important is not the amount of the minimum wage but whether a family of four can meet their needs with that amount of money.

He said taking the exchange rate into account, the minimum wage seems to have decreased rather than increased, also echoing Kılıçdaroğlu’s view for lower inflation.