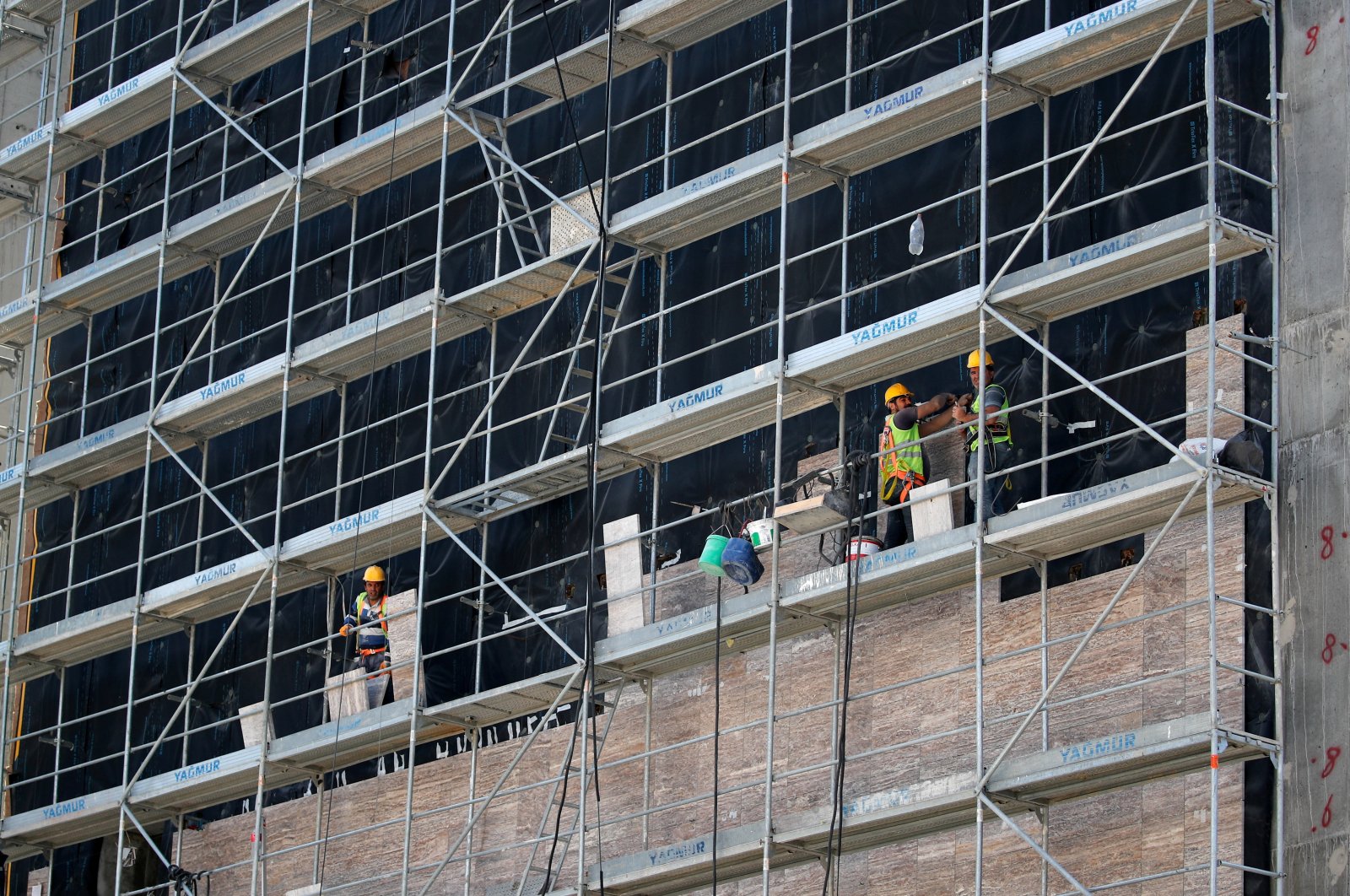 Turkish house sales to foreigners hit an all-time monthly high in November, also taking the 11-month sales to their highest level ever, official data showed Tuesday, as a depreciation of the Turkish lira made purchases cheaper for those buying with hard currency.

The figure topped the previous record of 6,630 units set in September.

By far the highest number of foreign buyers were Iranian citizens, followed by Iraqis and Russians.

The property market was generally buoyant in November, with overall sales rising 59% year-over-year to 178,814 houses, the TurkStat figures showed.

The data comes amid high volatility in the exchange rates after the Central Bank of the Republic of Turkey (CBRT) slashed its benchmark policy rate by 400 basis points to 15% since September. The bank is widely expected to cut rates again on Thursday.

The lira fell to a record near 15 against the United States dollar on Monday, before rebounding after the central bank intervened for the fourth time in two weeks to prop up the currency.

Property sales to foreigners have been strong throughout the year, rising 39.4% in the first 11 months to 50,735 units, exceeding the annual threshold of 50,000 for the first time even before the year-end.

The industry now marches toward a level of up to 57,000 units by year-end, according to sector representatives. The previous annual record was set in 2019 when 45,483 houses were sold to foreigners in 12 months.

“We had set a $7.5 billion revenue target from sales to foreigners for 2022. With the latest developments, we have revised it upward to $10 billion,” said Faruk Akbal, the chairperson of the Real Estate International Promotion Association (GIGDER).

Akbal said they expect foreigners to diversify their portfolios as the dollar appreciates, also stressing that the improving relations with the Gulf countries would trigger greater interest in the real estate market from investors in the region.

Foreigners spent over $196,000 on average per house in the July-September period, he added, just below the $250,000 price tag – the minimum price for Turkey to grant foreigners a passport – a regulation that has driven an increase in sales over the last decade.

The most popular place for house sales to foreigners in November was Istanbul, with 2,922 sales, followed by the southern resort of Antalya and the capital Ankara.

Sales in Antalya have exceeded the threshold of 10,000 units in the first 11 months for the first time, said Helmann Yapı Chairperson Selman Özgün.

Iranians were the top buyers in the January-November period with 8,594 units, followed by Iraqis with 7,622 and Russians with 4,494.

Among others, Afghans purchased 2,508, while Germans and Americans bought 2,062 and 1,265 houses, respectively.

Total house sales in Turkey actually fell 9.2% to 1.26 million units in the 11-month period, compared to a year earlier.

The data also showed November mortgage sales climbed 61% from a year earlier to 39,366, accounting for 22% of the total in the period.

Last year, sales surged due to cheap credit, as the central bank lowered its policy rate to fend off the impact of the coronavirus pandemic and state banks ramped up lending, prompting real estate developers to launch campaigns for buyers.

Low-cost loans drove the 11.2% year-over-year rise in the overall sales in 2020, when nearly 1.5 million houses, an all-time high, changed hands.

Foreigners had purchased around 40,812 properties throughout the year, a 10.3% year-over-year decrease from 45,483 units in 2019. It still marked the second-highest annual figure ever.

Adding to disruptions due to the pandemic-related restrictions earlier this year, tight monetary policy increased the borrowing costs, weighed in on sales.