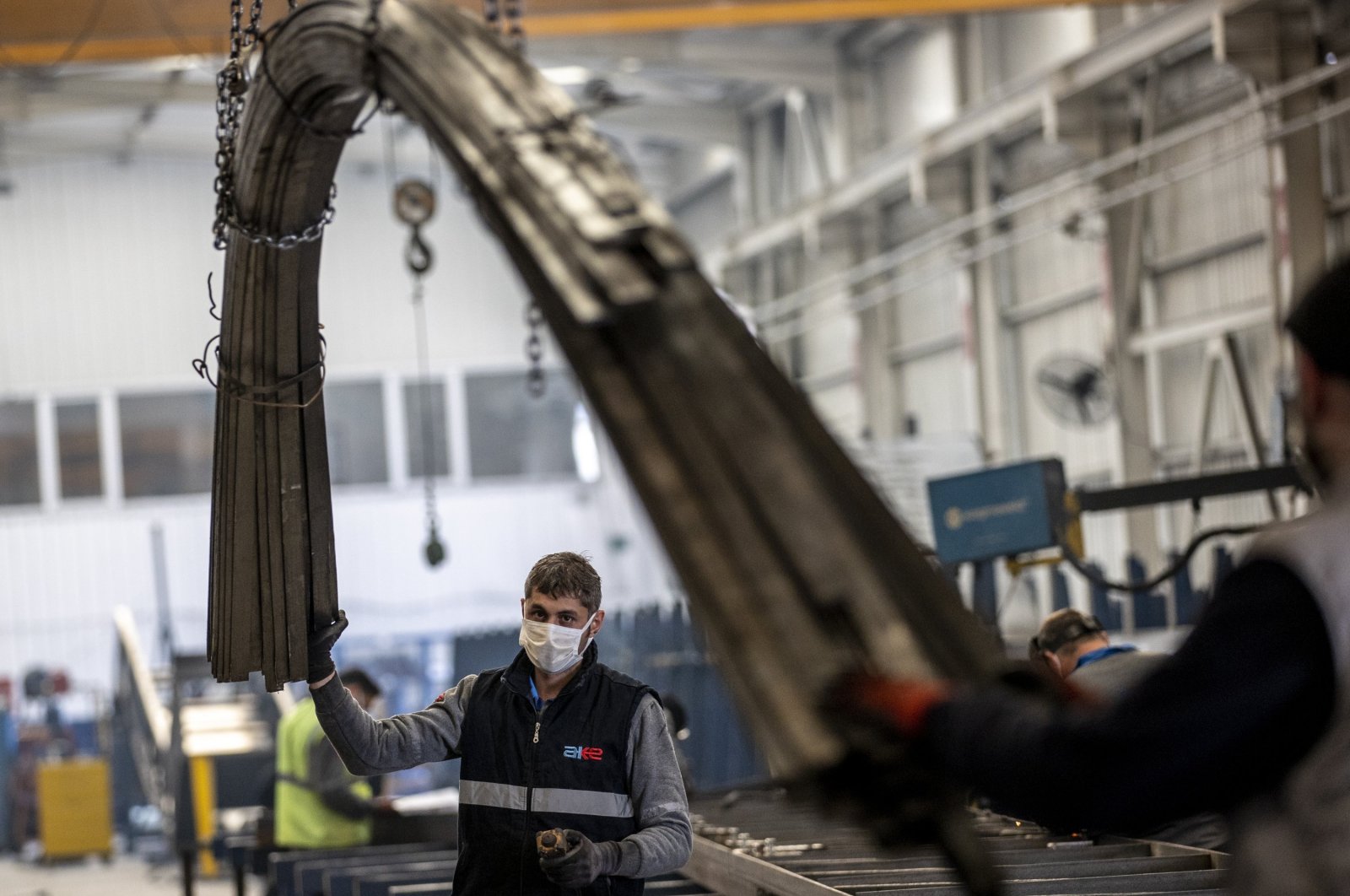 Turkey's calendar-adjusted industrial production soared 23.9% in June from the same month of 2020, the country's statistical authority announced Thursday. With industrial production preserving an upward trend in June, analysts stated that the data points to strong economic growth in the second quarter.

The improvement in the base effect was backed especially by the manufacturing sector sub-index, data from the Turkish Statistical Institute (TurkStat) showed.

The manufacturing index soared 24.8% year-on-year in June, while the mining and quarrying index shot up 24.3%.

Anadolu Agency (AA) finance analyst and economist Haluk Bürümcekçi said that the increase in industrial production in the second quarter was consistent with the increase in national income in the range of 20%-25% on a quarterly basis, and July indicators show that this course may continue in the third quarter.

Electricity consumption from the main sectors increased by 17.3%, while automotive production soared by 6.1%, steel production by 17.9% and white goods production by 20% in June, Bürümcekçi said. He stated that in June, "imports of intermediate goods excluding energy and gold," which are also considered as the primary inputs of industrial production because they are the main inputs of the manufacturing sectors, increased by 47.7% annually on a euro basis.

Bürümcekçi said that there may be significant differences in certain months between the calendar-adjusted and unadjusted raw data due to differences in working days from year to year, but noted that this effect remained at a limited level as the number of working days was the same as last year.

Pointing out that it would be more logical to follow the annual change of the quarterly moving average of the calendar-adjusted index, Bürümcekçi said, “During the first wave of the COVID-19 pandemic, the lowest point was 17.1% in May 2020. Afterward, the recovery began. The index continued with a fluctuating course from time to time, while the recovery strengthened at the start of this year.”

“The recovery reached its highest level in the index's history with an increase of 41.1% in June, the last month of the second quarter,” he said.

Index at its historical peak

Emphasizing that the seasonally and calendar adjusted index reached its historical peak with 136 in June, Bürümcekçi continued by saying that after a 2.7% rise in the first quarter this year, the increase continued, albeit at a slower pace, with 1.6% in the second quarter.

Meanwhile, he explained that the industrial production index increased by 11.1% in the first quarter, however, the increase in added value was 11.7%.

“The increase in the production index seems compatible with a national income growth of 20%-25% in the second quarter, while the leading indicators – exports, consumer confidence, imports of intermediate goods, Purchasing Managers' Index (PMI), capacity and Real Sector Confidence Index for July, the first month of the third quarter – indicated that the acceleration was continuing,” Bürümçekçi emphasized.

Noting that a significant recovery was observed in the service sectors, especially in tourism, Bürümcekçi said that the recovery in foreign demand also continued, so that the national income increase in the third quarter may be positive from quarter to quarter.

While starting the third quarter with an increase in momentum, Bürümcekçi stated that the rapid recovery in domestic demand and the preservation of the strong course of external demand may bring along revisions in growth forecasts.

“Accordingly, we think that the risks on our 2021 growth forecast, which is at the level of 7.7%, are still significantly up,” he added.

Sefer Şener from Istanbul University also stated that the industrial sector continues to be the locomotive of growth, exports and employment.

"An increase of more than 30% in durable consumer goods production and over 28% in intermediate goods will increase the contribution of industrial production to quality and sustainable growth.”

Likewise, he continued, total industrial production, which increased by 2.3% on a monthly basis, reached 12.4% in high technology.

“This is also important in terms of the quality of industrial production. Furthermore, while industrial production is increasing, the fact that high technology, durable consumer goods and the manufacturing industry have the largest share in this increase both annually and monthly shows that the increase will be permanent.”

Şener stated that with the strong industrial data, the growth rate, which was 7% in the first quarter of the year, could exceed 20% in the second quarter and surpass 7% by the end of the year.