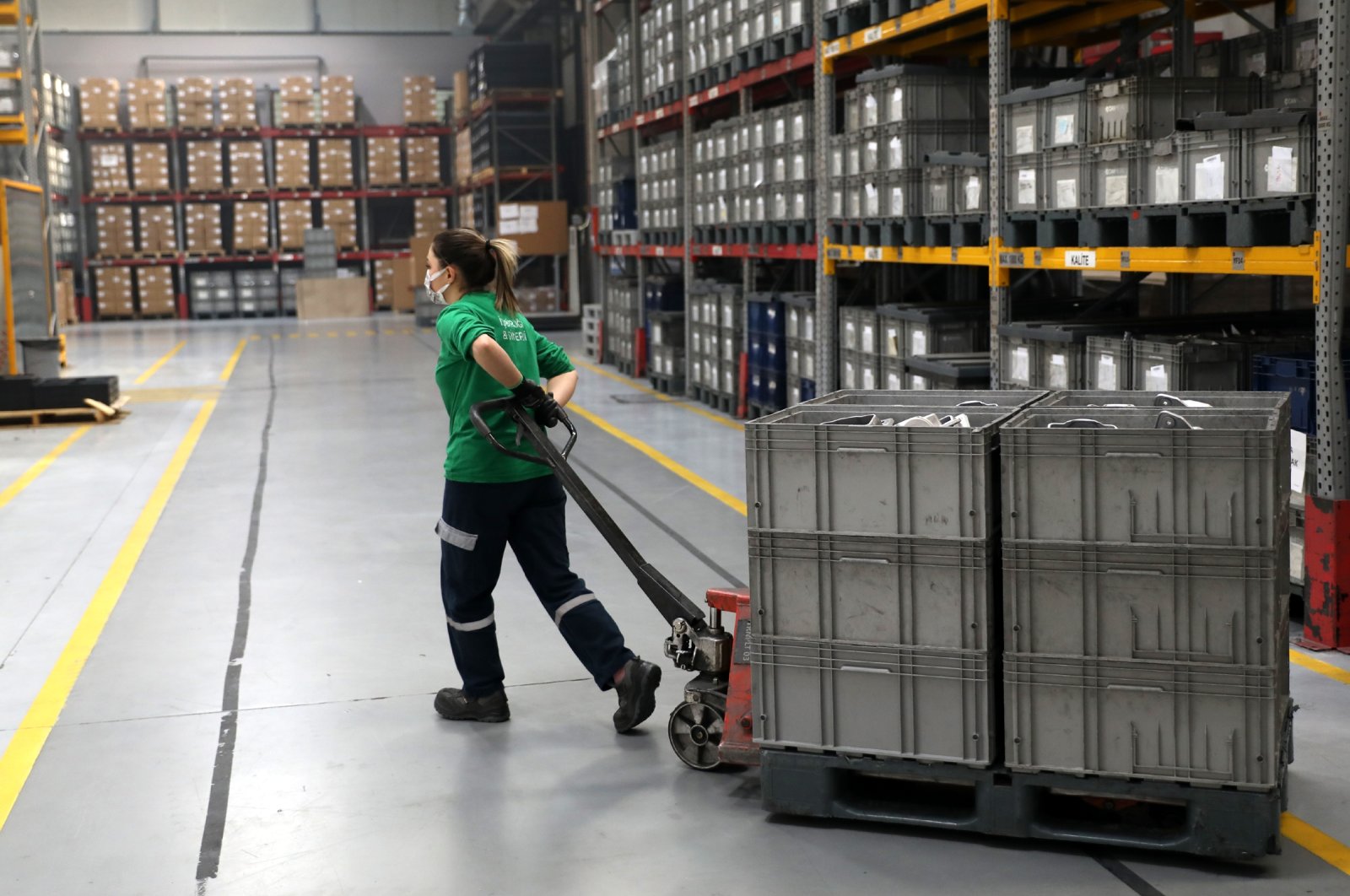 A woman works at an automotive parts factory in Turkey's western Bursa province on March 8, 2021. (DHA Photo)
by DAILY SABAH WITH AGENCIES Mar 10, 2021 10:06 am
RECOMMENDED

The jobless rate in Turkey fell to 12.2% in January and the worker participation rate rose toward 50% from a month earlier, according to official data on Wednesday presented in a new format in line with international standards.

The unemployment rate was down 0.4 percentage points from the previous month, the Turkish Statistical Institute (TurkStat) said.

The jobless rate was 12.6% in December and 12.8% a year earlier before the coronavirus fallout hit Turkey.

The new official data sets included a seasonally adjusted measure of labor underutilization, which has risen four straight months to 29.1% in January, near a peak touched in May of last year during the height of Turkey’s COVID-19 lockdown.

A combined measure of time-related underemployment and unemployment rose to 19.7%, from 17.8% a month earlier, the TurkStat said.

In its adjustment, the institute released single-month data for the first time rather than a three-month period, complying with International Labour Organization (ILO) resolutions and the relevant European Union regulations.

Throughout 2020, unemployment was held down by a ban on layoffs that was on Tuesday extended through mid-May.

The ban was first introduced in April last year for three months to limit the impact of the pandemic on employment and the economy in general.

The Turkish Parliament in July approved a law allowing President Recep Tayyip Erdoğan to extend the layoff ban by at most three months each time until July 2021.

The country on Tuesday also extended cash assistance to its citizens.

Limited to takeaway service for much of last year, restaurants and cafes reopened as of this month as Turkey announced steps to ease pandemic restrictions.