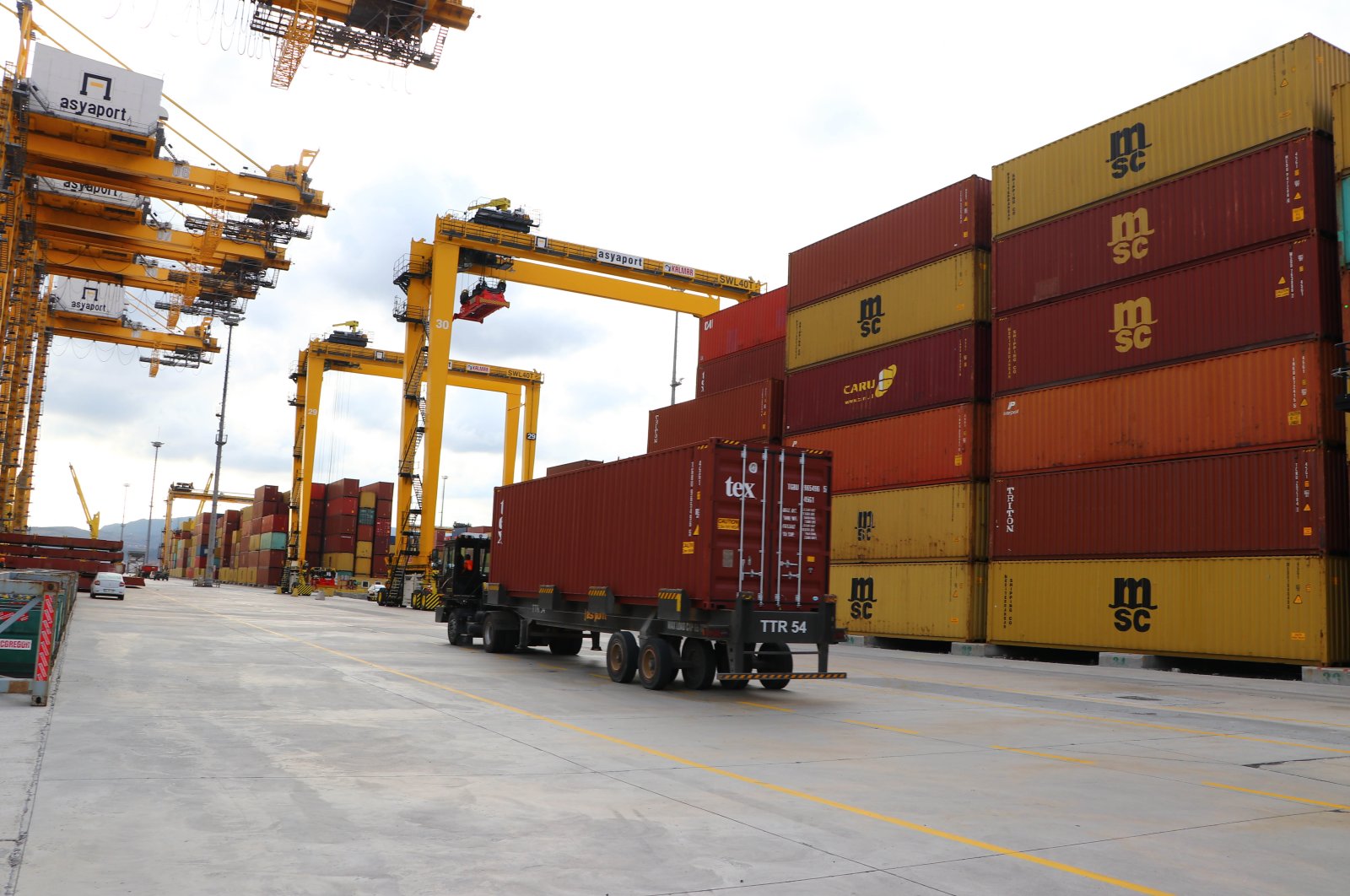 Sales increased by 2.5% year-on-year in the first month of 2021, Ruhsar Pekcan told a meeting in the capital Ankara, revealing preliminary Trade Ministry data.

“This figure shows that the growth process seen in the last quarter of last year continues in our exports,” Pekcan said.

With a fall in imports and a rise in exports, the foreign trade deficit ended up shrinking 32% on annual basis to over $3 billion.

Pekcan said this was a “development that supports the macroeconomic stability of our country.”

The export-to-import coverage ratio increased by 6.5 percentage points to as high as 83% last month. Excluding gold, this figure stood at 87%, Pekcan said.

“The January figures indicate important and successful performance amid the ongoing uncertainty in the global economy, restrictions imposed by our trading partners due to the second wave of the coronavirus, and supply constraints such as delays in delivery times and increases in logistics costs,” the minister noted.

Exporters have left behind a year overshadowed by the coronavirus pandemic that ended up bringing severe contraction in foreign demand in the country’s main export markets, especially the European Union.

Measures to curb COVID-19 have affected key tourism revenues in the country, reliant on imports, eventually causing an increase in the trade deficit.

Sales rebounded in the second half of the year before many countries went on to reimpose lockdown measures to limit the spread of the pandemic.

The month of January followed the highest December exports ever as sales surged by 16% to $17.84 billion.

The outbreak led to a 6.26% drop in exports but did not prevent Turkey from closing 2020 with $169.5 billion in foreign sales, exceeding the target of $165.9 billion in the medium-term program.

Depending on the pandemic, Pekcan said Turkey is optimistic about achieving the export target of $184 billion this year.

Additional supports to be extended

The minister particularly stressed that support for digital marketing activities would be further enhanced in the coming period as well as efforts to boost e-exports, focusing on target countries and export-friendly incentives this year.

Pekcan emphasized they would be maintaining focus on the 17 target countries and five target sectors that were named in the Export Master Plan, announced in 2019.

These countries include the U.S., Brazil, China, Ethiopia, Morocco, South Africa, South Korea, India, Iraq, the U.K., Japan, Kenya, Malaysia, Mexico, Uzbekistan, Russia and Chile. More than 25% of Turkish exports have been going to these markets.

Pekcan said exporters would be extended additional support related to these markets.

She also stated that the Türk Eximbank provided financing – both loans and insurance – worth $45.6 billion in 2020, up 3.6% from the previous year.

The automotive industry was again the export champion among sectors with sales worth $2.3 billion in the month, followed by chemical products with $1.7 billion and ready-made garments and apparel worth $1.5 billion, he added.

Germany, the EU’s largest economy, was the country that received the most of Turkish goods last month with $1.5 billion. It was followed by the U.S. with $933 million, Italy with $864 million, the U.K. with $814 million and France with $737 million.

Exports to the EU, the country’s largest market, were up to $6.5 billion, corresponding to 42.9% of the overall sales in the month.

Near East and Middle East countries received nearly $2.8 billion worth of Turkish goods, while sales to the African continent and Far Eastern countries amounted to $1.3 billion and $1.1 billion, respectively. Exports to North American countries came in at just over $1 billion.

Some 1,457 new companies joined the country’s exporters family as they made their first sales, worth nearly $75.45 million, in January.

Use of Turkish lira on rise

“In January, the positive effect of the increase in the parity was $586 million. We anticipate that the positive outlook for the euro/dollar parity will continue in the coming months,” he noted.

Exporters used Turkish liras in exports to 169 countries worth TL 5.2 billion ($699 million), said TIM head. Gülle emphasized that 6,235 companies used the lira in their export transactions, noting that the upward trend continued over the recent months.

The TIM chairman said the world has started to speak of economic recovery in 2021, recalling the recent upward revision in the International Monetary Fund’s (IMF) forecast for the Turkish economy.

The 190-country lending organization last month said it expects the economy to grow by about 6% this year before settling back to a growth rate of about 3.5% annually from 2022, but it urged Ankara to deploy additional targeted stimulus to address the COVID-19 pandemic needs.

After sinking 3.5% in 2020, the worst year since World War II, the global economy is likely to grow 5.5% this year, according to IMF projections. The new figure for 2021 is an upgrade from the 5.2% expansion the IMF forecast in October and would mark the fastest year of global growth since the 2010 snapback from the financial crisis.

“It makes us proud that our country, which is expected to have become one of the few countries that closed 2020 with growth, will stand out among developing countries with a serious growth rate in 2021,” Gülle said.