In upward revision, IMF sees Turkey growing at 6% in 2021 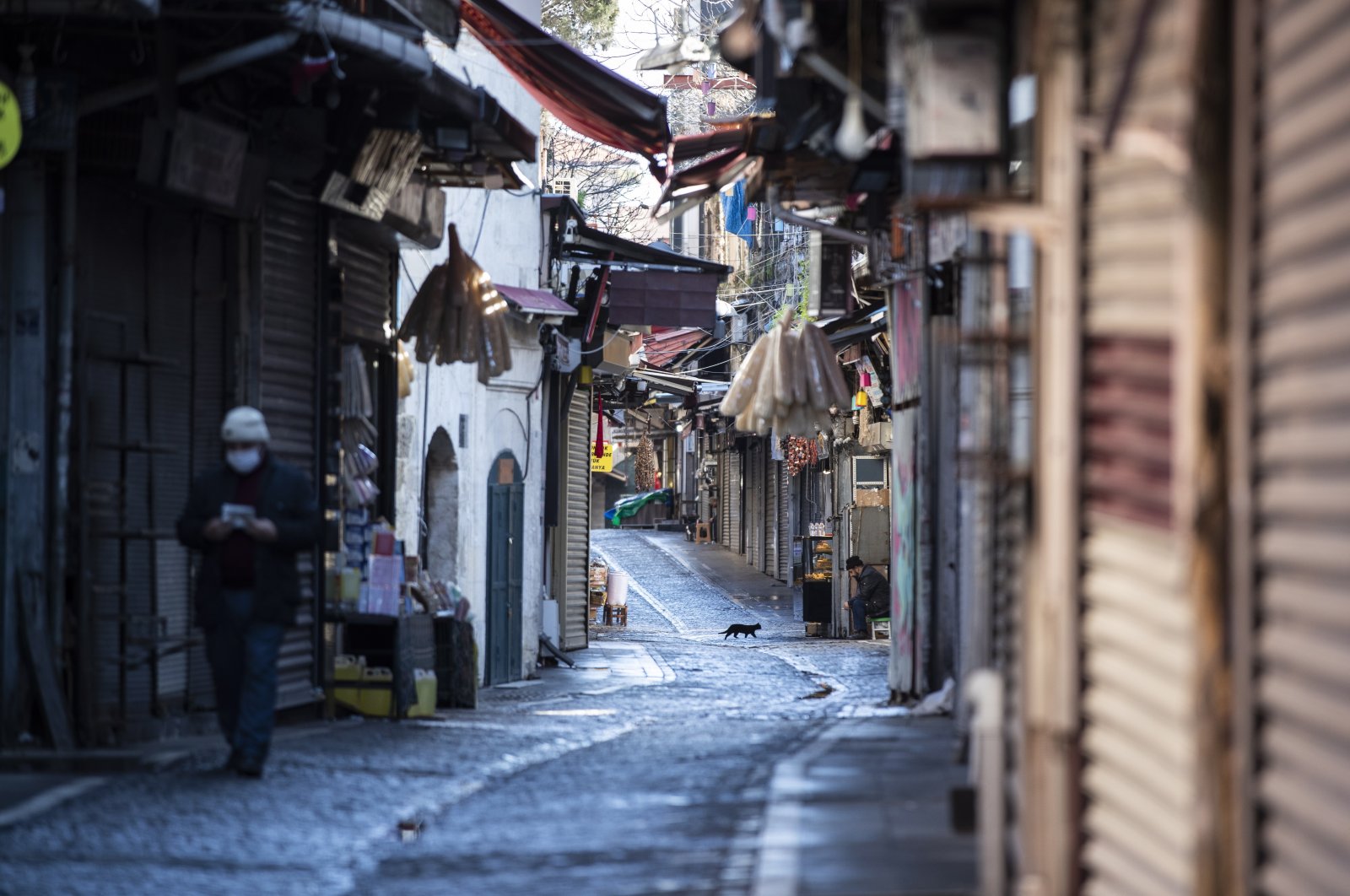 A street vendor sits near closed shops in a deserted street during the lockdown in Istanbul, Turkey, Jan. 24, 2021. (EPA Photo)
by DAILY SABAH WITH AGENCIES Jan 26, 2021 1:14 pm
RECOMMENDED

Turkey’s economy will grow by about 6% in 2021 before settling back to a growth rate of about 3.5% annually from 2022, the International Monetary Fund (IMF) said, but it urged Ankara to deploy additional targeted stimulus to address the COVID-19 pandemic needs.

The spread of COVID-19 vaccines will power a stronger global economic recovery in 2021, it forecast Tuesday.

After sinking 3.5% in 2020, the worst year since World War II, the global economy will grow 5.5% this year, the 190-country lending organization predicted. The new figure for 2021 is an upgrade from the 5.2% expansion the IMF forecast in October and would mark the fastest year of global growth since the 2010 snapback from the financial crisis.

The vaccines should contain the spread of the virus and allow governments around the world to ease lockdowns and encourage a return to normal economic activity.

But the IMF also says economies worldwide will need support from their governments to offset the damage from the pandemic and warns that coronavirus mutations could cloud the outlook for global health and economic growth.

The positive forecast supported the Turkish lira, which fared better than most of its peers in Europe, the Middle East and Africa (EMEA), trading 0.2% higher to the dollar.

Turkey’s GDP soared to a more-than-expected 6.7% growth rate in the third quarter after contracting by 9.9% in the previous three months when lockdowns were imposed to curb the initial COVID-19 wave.

According to the new economic program, announced last September, Ankara projects 2020 growth to come in at 0.3%. It expects a rebound of 5.8% in 2021.

The IMF said the more optimistic forecast is due to the rollout of a vaccine, recovery of trading partner growth and carryover of positive momentum at the end of 2020.

The new shipment added to an initial consignment of 3 million doses, which Turkey received nearly a month ago. It has so far vaccinated more than 1.3 million people, mostly health workers and elderly people, according to Health Ministry data.

The latest shipment is part of a second consignment, which will total 10 million doses.

About 600,000 people were vaccinated in just two days when the vaccine rollout began in mid-January, but the pace slowed as it moved beyond health care workers.

Turkey has recorded more than 2.4 million infections and nearly 26,000 deaths due to COVID-19.

Measures to combat the spread of the coronavirus in spring last year led to a sharp slowdown in Turkey’s economy in the second quarter, and the government has taken a series of measures to ease the burden and revive activity.

Rising COVID-19 cases throughout the country prompted the government to reimpose measures as of November as it adopted lockdowns for weekends and nighttime curfews on weekdays.

In December, President Recep Tayyip Erdoğan announced the grant and rental support for businesses and promised to continue discounts for value-added taxes.

Although the outbreak caused a decline in economic activity and employment in the second quarter of 2020, the IMF said the initial policy response to the pandemic led to a sharp rebound in the GDP.

Turkey implemented direct fiscal measures of around 2.5% of GDP in 2020, mainly in the form of tax deferrals and employment support, but more “targeted and temporary” fiscal support was needed, the IMF said.

The IMF emphasized that these measures helped the economic activity rebound strongly in the third quarter to above pre-pandemic levels in Turkey, which is among the few countries estimated to have posted positive overall growth in 2020.

“Turkey has some fiscal space to expand support in 2021, possibly in the order of 1% of GDP. Additional social transfers to vulnerable households and informal workers would help support those most affected by the pandemic,” it noted.

“Despite some fiscal space, direct fiscal measures amounted to just 2.5% of GDP, mainly in the form of tax deferrals, but also including employment support," it added.

“Employment is expected to continue to recover slowly as the pandemic subsides,” the IMF said.

The country’s unemployment rate stood at 12.7% in October, according to official data.

The IMF staff projected that Turkey’s inflation would fall modestly by the end of 2021 but would remain well above target.

The annual inflation increased to 14.6% in November, according to the official data. Month-on-month, consumer prices rose 1.25% in the month.

The higher-than-expected rise in consumer prices has kept the pressure on the central bank to maintain a tight monetary policy.

The Central Bank of the Republic of Turkey (CBRT) has hiked interest rates to 17% from 10.25% since November and promised even tighter policy if needed as he vowed to decisively battle inflation.

It left its benchmark interest rate unchanged at the first monetary policy meeting of the year last week. It said it would “maintain decisively the tight monetary policy stance for an extended period until strong indicators point to a permanent fall in inflation.”

On the other hand, Turkey’s current account deficit is expected to fall to 3.5% of GDP, in large part, reflecting lower gold imports and a modest recovery of tourism, according to the IMF.