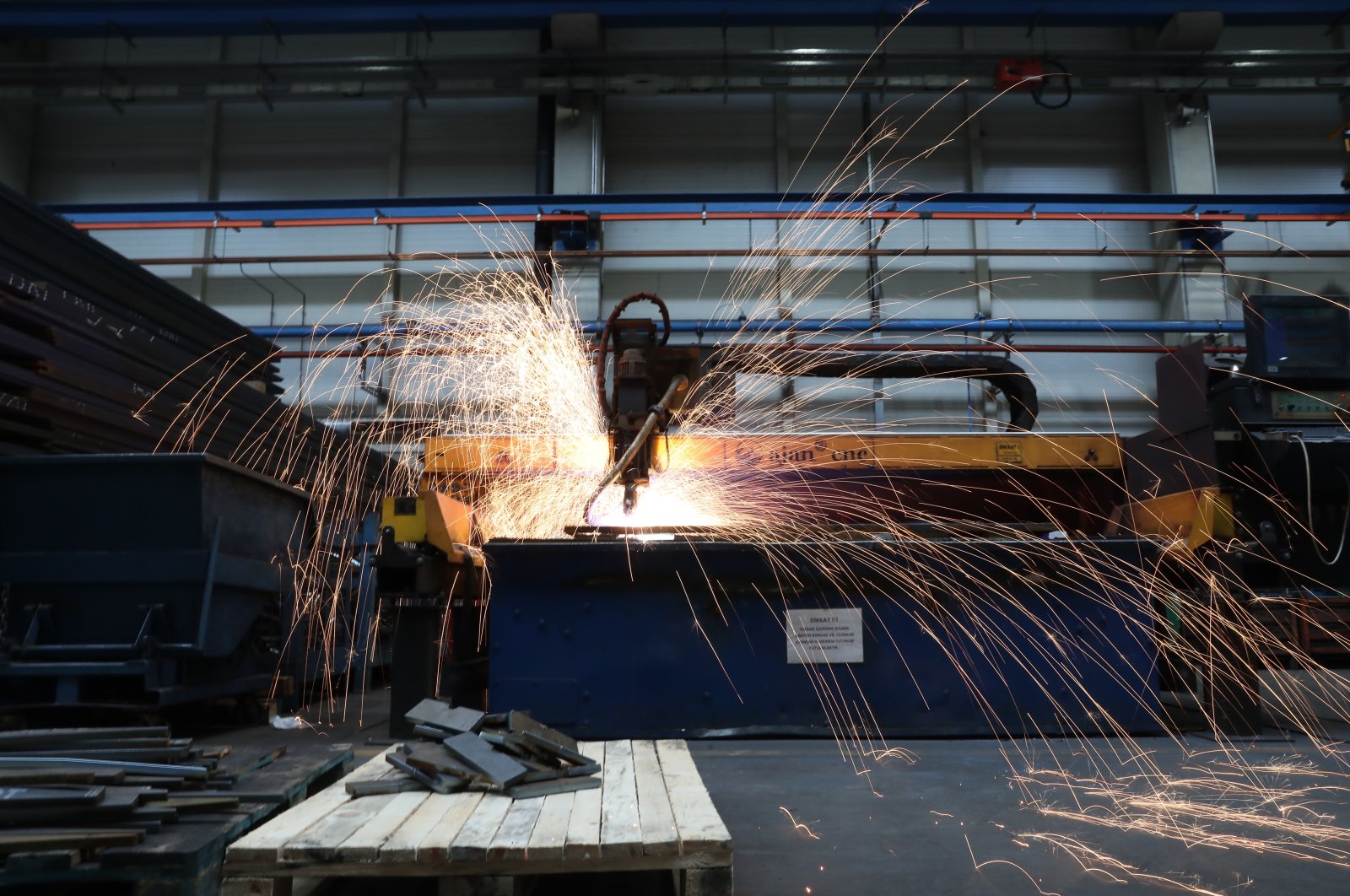 Turkey's manufacturing activity grew in September for a fourth straight month as output and new orders continued to pick up and companies hired more staff, a survey showed Friday.

Growth in activity was slightly slower than the previous month with the Purchasing Managers’ Index (PMI) for manufacturing in Turkey falling to 52.5 in September from 54.1 in August, data from the Istanbul Chamber of Industry (ISO) and IHS Markit showed. A reading above 50 marks growth in activity.

Sustained growth in output and orders signified that business conditions strengthened for another month, the panel said. Firms signaled the first accumulation in backlogs of work in 14 months, despite increased capacity.

Efforts to expand capacity led firms to increase their staffing levels at a solid pace while manufacturers also raised their purchasing activity in line with higher output requirements, it also said.

“Turkish manufacturers were able to build on the recent rebounds in output and new orders ... rising new orders has begun to put pressure on operating capacity despite the fact that firms continued to take on extra staff,” said Andrew Harker, economics director at IHS Markit.

“There were some signs that supply-chain disruption is not as pronounced as earlier in the year, but firms still had to face longer lead times and sharp price rises when attempting to secure inputs. As part of efforts to guard against these problems, stocks of purchases were raised to the greatest extent since the end of 2017.”