Turkish firms to weigh in on new energy, health projects in Libya 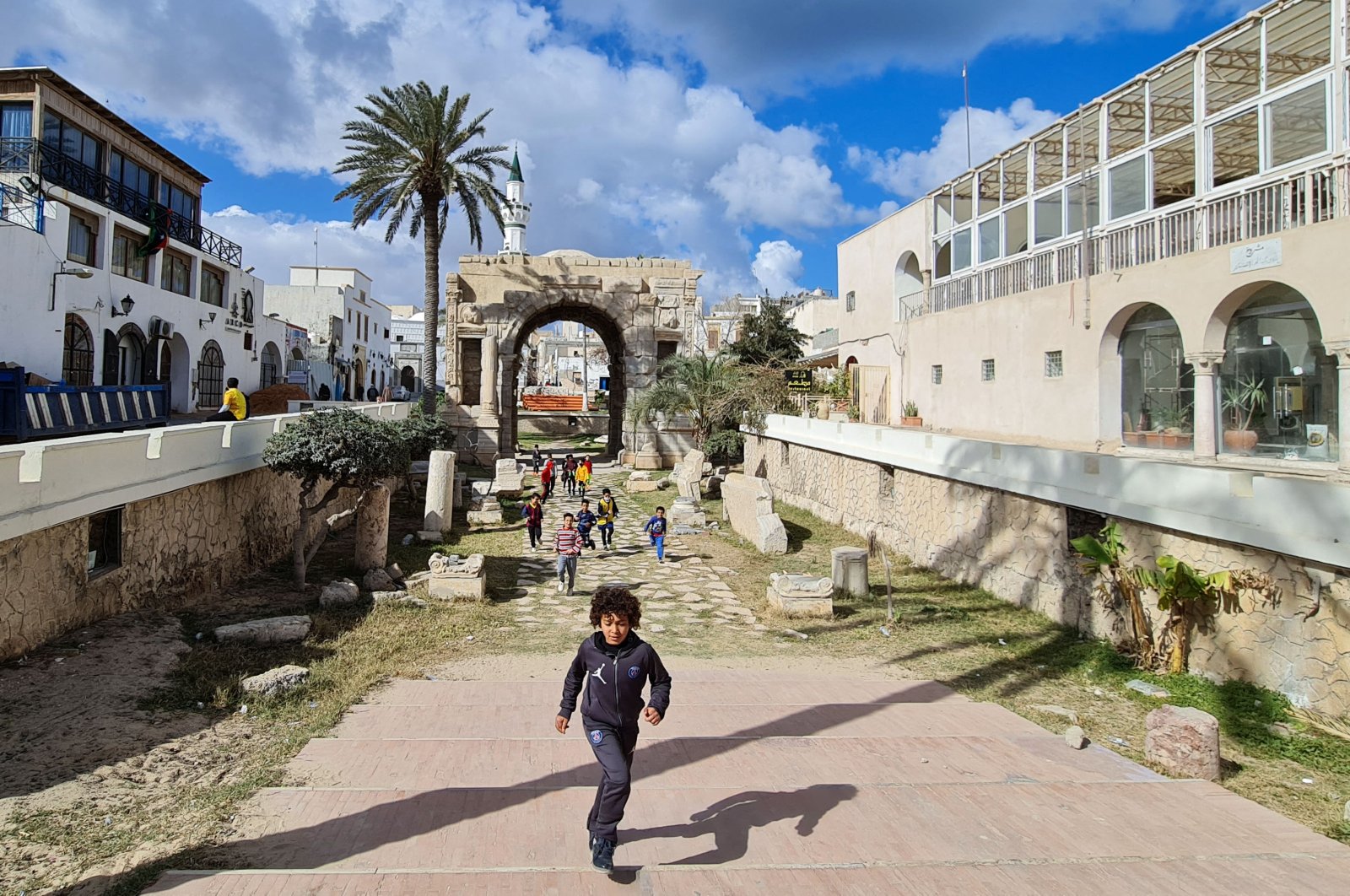 Last week’s visit by the head of Libya’s interim government has provided new opportunities for Turkish businesses in the oil-rich North African nation.

Libya looks to primarily work with Turkey on projects in the energy, health care and construction sectors, according to Foreign Economic Relations Board (DEIK) Chair Nail Olpak.

Erdoğan and Dbeibah oversaw the signing of five agreements, which included the construction of electricity plants in Libya.

Erdoğan pledged support for Libya’s unity and its reconstruction. He said Turkey would provide 150,000 coronavirus vaccine doses to help the North African country battle the outbreak as well as manage a hospital in Tripoli.

Libya’s interim government, which took power last month, is meant to bring together a country that has been torn apart by civil war for nearly a decade and steer the country through a general election on Dec. 24.

Libya been through a rocky decade, DEIK’s Olpak said, but added that the current peace process is promising.

“The fact that the prime minister came with a very large delegation is a sign of the value given to relations with Turkey,” he stressed.

Turkish businesses also welcomed Dbeibah’s remarks following meetings with Erdoğan and other top officials, as he touted boosting ties with Turkey to set an example of what “the relationship with Libya should be.”

Commenting on the outcome of Tuesday’s Turkey-Libya hybrid roundtable meeting, Olpak said the prime minister’s approach was pragmatic as “he is also from the business world.”

“Dbeibah answered all the questions from the businesspeople and dealt with their problems one by one,” he said.

The meeting also covered opening a Libyan Embassy in the capital Ankara and a Turkish Consulate in Benghazi, northeastern Libya, as well as enabling visa-free visits for Turkish nationals and the signing a free trade pact between the two countries, said Olpak.

“The prime minister wants to take prompt action on these issues,” he stressed.

As some projects by Turkish firms were interrupted by the disorder in Libya, particularly construction projects, Olpak said the Libyan government is ready to help facilitate their completion and encourage new ventures.

“Libya prefers to work with Turkish businesspeople for its critical new projects, as it has good experience with us,” he stressed.

A similar Turkish-Libyan meeting, on a sectoral basis, will be held in Libya in May after Eid al-Fitr, marking the end of the Muslim holy month of Ramadan, said Olpak.

Highlighting that last year, the trade volume between the two countries topped $3 billion (TL 24.36 billion), Olpak said investments in Libya's energy sector should be considered as well as construction.

“Libya has an energy shortage. This was one of the important topics discussed during the roundtable meeting,” he said, adding that the country has serious oil-related needs, including refineries that Turkish businesses should invest in.

“Let’s not see the underground resources not on the agenda in Libya as oil alone,” Olpak underlined.

Noting that the Turkish business world sees the rewards of its support and warm approach towards Libya, Olpak said there are more deals in the works, in addition to the five agreements signed in Ankara on Monday to boost cooperation in the field of media, construction and power plants.

“Not only power plant construction but also electricity distribution is on our agenda, as Libya is having problems with this,” Olpak explained.

He highlighted that the meeting also addressed cooperation in the health care sector, saying: “Libya’s health minister will continue negotiations with Turkish companies for both hospital construction and management.”

Olpak added that the two sides wrapped up their meeting with “very positive feelings.”

On Monday, after talks with high-level Libyan officials, Turkish leaders underlined the importance of continued bilateral cooperation, as well as the return of Turkish businesses to Libya as the country regains stability.

Ankara welcomed the appointment of the new government and vowed it would continue to provide all manners of support to ensure security, peace and prosperity in the North African nation.

In 2019, Ankara signed a maritime delimitation agreement with the GNA in the Eastern Mediterranean, a deal that provided a legal framework to prevent any fait accompli by regional states, and a military cooperation accord.

Greece, which opposes the maritime agreement between Tripoli and Ankara, called for the accord to be canceled, as it reopened its embassy in Libya after seven years.

In response, Greece and Egypt signed an agreement in 2020, designating an exclusive economic zone in the Eastern Mediterranean, which Turkey has said infringes its own continental shelf, and which overlaps with the maritime zones it agreed on with Libya.

Dbeibah has said economic deals with Turkey should remain in place.

On the other hand, Libya’s Presidential Council spokesperson later in the day said that the council has no authority to make international deals, adding that the authority belongs to the government led by Dbeibah.