Turkish housing market grows in May as foreign buyers pour in 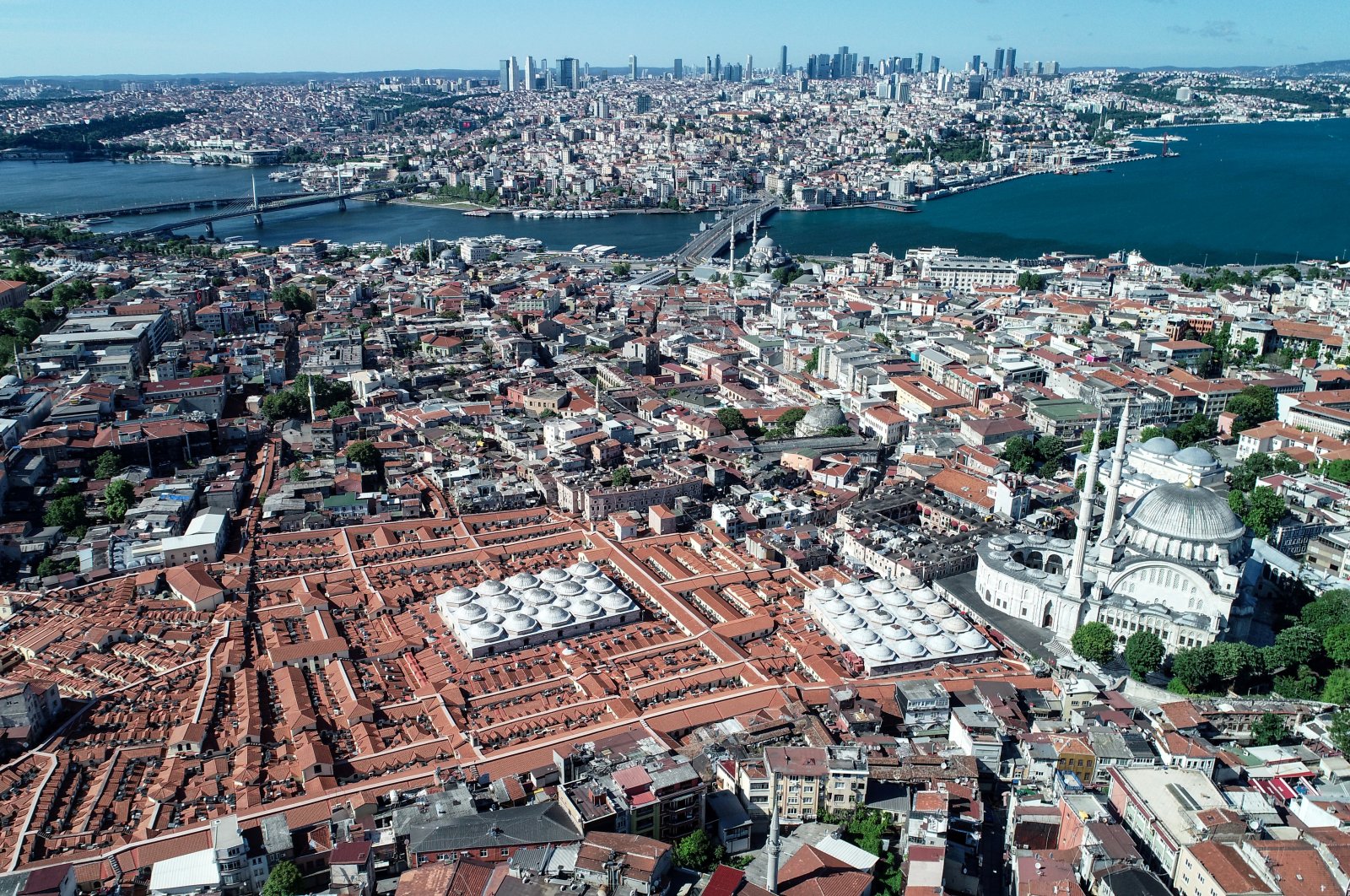 Turkey’s housing market grew 16.2% year-on-year in May, data showed Monday, due to a sharp downturn in the same month last year caused by the initial measures to curb the coronavirus outbreak.

Home sales still marked the lowest level in a year, mostly due to a strict nationwide lockdown in May to curb the rise in daily cases.

Some 59,166 residential properties were sold last month, according to the Turkish Statistical Institute (TurkStat) data. Month on-month sales were down 38.2%.

Sales surged on high demand from foreign buyers, who purchased 1,776 homes in May, a 106.5% year-on-year increase, the data showed.

The rise in borrowing costs from a summer low has continued to weigh in on mortgage sales, which fell 42.9% in May from a year earlier to 10,560 units. They accounted for 17.8% of the total sales in the month.

Istanbul, the country’s largest city by population and one of its top tourist centers, took the largest share of house sales with 19.2%, or 11,356 units.

The capital Ankara and the Aegean province of Izmir racked up 5,653 and 3,298 of total home sales, respectively.

More than half of the residential properties, or 818 houses, bought by foreigners in the month were in Istanbul, followed by the Mediterranean resort city of Antalya with 341 and Ankara with 106.

Iraqi citizens topped the list as they purchased 239 houses. They were followed by Iranians with 231 and Russians with 119 units.

A total of 18,204 homes were sold for the first time, up 8% versus the same month last year. The first house sales had a 30.8% share of all purchases in the month.

Residential properties sold from January through May were down 3.8% year-on-year to 418,079, the data showed.

Foreign buyers purchased 15,740 houses in the five-month period, increasing 24.9% from a year ago.

Turkey imposed curfews, weekend lockdowns and restaurant closures in December. Some of the restrictions were eased in March before a full lockdown was reimposed at the end of April due to surging COVID-19 cases. The country has been gradually easing measures since mid-May.

Sector representatives say sales could maintain the upward trend along with the summer season.

He dubbed an increase in costs as a disadvantage but said home prices were attractive to foreigners.

Özyurt said the rise compelled local investors and that there was a significant increase in construction costs over the last year-and-a-half.

Expectations from the tourist season, which began in June, are high, he noted, adding that they expect an increase in sales to foreigners to continue.

Akkuş Group head Abdülkadir Akkuş said surging prices due to the increase in interest rates and costs have limited the upward trend in house sales.

"Sales to foreigners are on the rise due to the increase in the exchange rates. We need an interest rate cut in order for domestic sales to rise to the levels we desire," Akkuş said.

The Central Bank of the Republic of Turkey (CBRT) has held its benchmark policy rate – the one-week repo rate – steady at 19% during the last two monetary policy meetings and pledged to maintain its policy stance, amid concerns over rising inflation, which came in at nearly 16.6% in May.

Analysts expect the bank to hold the policy rate unchanged this week and wait until the fourth quarter to begin cutting.

Helmann Yapı Chairperson Selman Özgün said the five-month performance of sales to foreigners has strengthened expectations of a record by year-end.

"Sales will increase along with the summer months and we could see figures of 5,000 units again on a monthly basis," Özgün noted.

"The Turkish real estate sector can clearly respond to the demands of foreigners both in the normal period and as well as demands that changed with the pandemic," he noted.

"We believe that foreigners' housing demand will continue to increase in both city centers as well as coastlines."

"By the end of 2021, of course, the developments regarding the pandemic will also have an impact. We expect revenue of $7 billion. On a quantity basis, we think that we will reach 50,000. Our record to date was 45,483 units. We can renew this record," Akbal noted.