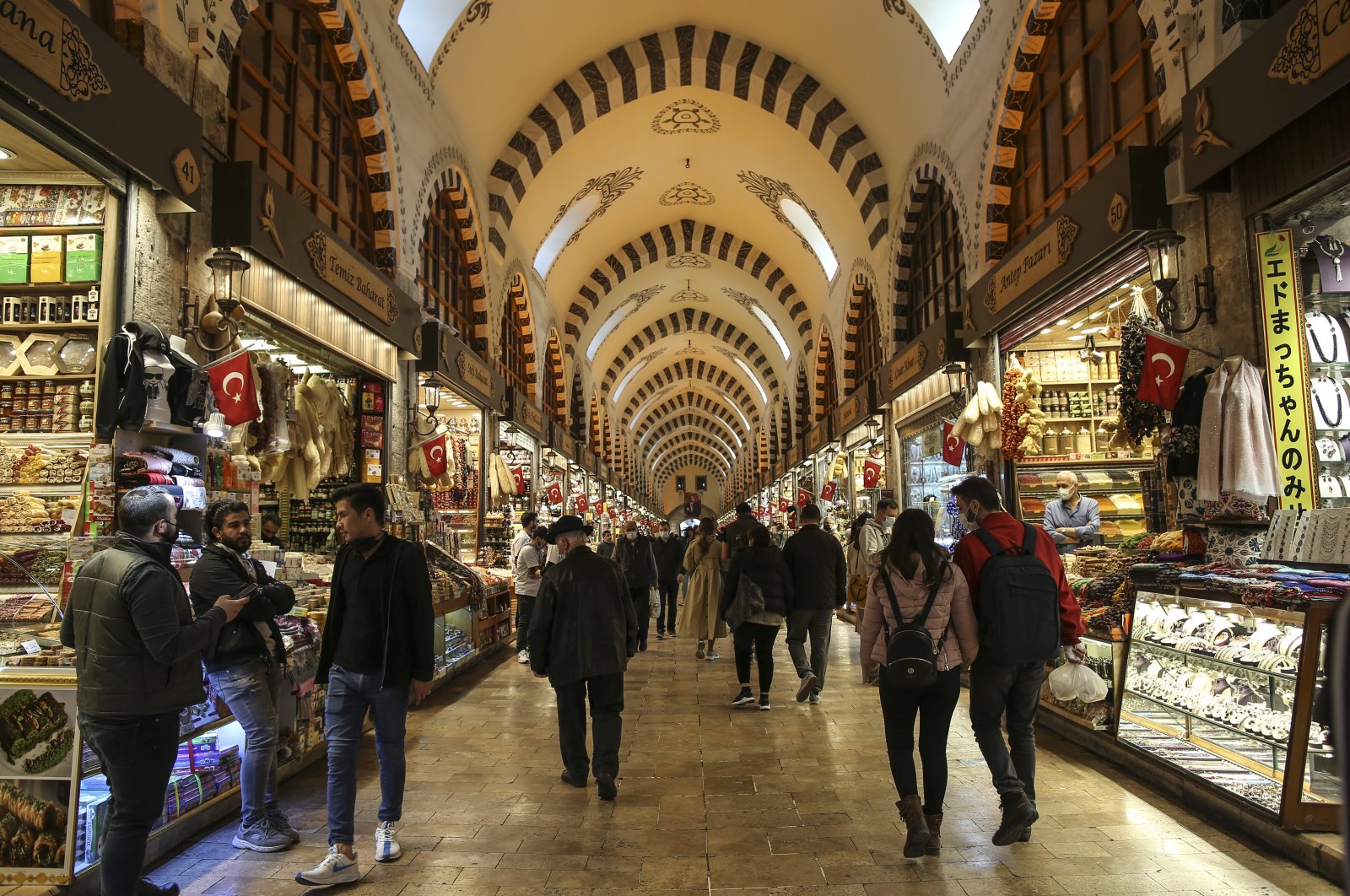 Turkey’s economic growth in the first quarter is expected to come in at around 5% and rise to double-digits in the April-June period due to a so-called base effect, the country's treasury and finance minister said Monday.

“Looking at the leading indicators in the first quarter, we forecast growth of around 5%. In the second quarter, there will be double-digit growth with the base effect,” Treasury and Finance Minister Lütfi Elvan told a televised interview with private broadcaster NTV.

Elvan is again optimistic that “2021 will be more positive” in terms of growth. “It is also clear that in terms of ensuring financial stability, we must act in a very controlled and moderate approach.”

Turkey was one of only a few countries to avoid an economic contraction in last year’s coronavirus fallout and the only country along with China to have registered a growth among G-20 members.

It contracted around 10% in the second quarter but recovered thanks to a burst of state bank lending in the second half of the year.

Elvan said the credit expansion as of the second quarter led to a revival in domestic demand, yet noted the deterioration in the external balance and inflation view.

The growth is expected to surge to 14.9% in the second quarter of 2021 due to a so-called base effect, according to the median forecast in a recent Reuters poll of 34 economists.

Looking at 2021, Elvan said the vitality in the industry continued, also stressing the major potential in exports.

Along with a rebound, inflation is forecast to remain the economy’s main issue.

Elvan said it is among the main priorities of the government’s economic policies.

“We have some structural problems. In an environment with no price stability, healthy growth, investment, production and employment cannot be spoken of,” the minister noted. “Prosperity and employment growth are possible by ensuring price stability. We need to look at inflation from a holistic perspective, it is not possible for us to solve inflation with monetary policy alone.”

The annual consumer price inflation edged higher in March to above 16%, signifying the need to maintain the tight monetary policy, while producer prices surged beyond 31%.

The Central Bank of the Republic of Turkey (CBRT) expects inflation to drop to 9.4% at year-end and has pledged tight policy until it hits the 5% target in 2023.

Elvan also elaborated on the recent discussions regarding the use of the central bank’s foreign currency reserves over the past two years, stressing that the forex transactions were legal.

“The method can be criticized, debated, but accusations such as ‘there is corruption’ are not the right approach,” the minister said.

The main opposition Republican People’s Party (CHP) lawmakers recently questioned what they say was $128.3 billion (TL 1.04 trillion) of the CBRT’s reserves that were sold via state banks in 2019 and 2020, during the period of former Treasury and Finance Minister Berat Albayrak, and how the sales were managed.

Elvan noted that the central bank had not conducted any forex sales transactions since November, when its governor was replaced and also when Elvan was appointed.

The minister noted it would be useful to announce data covering past forex sales, which he said were legal, but added that this was a decision for the central bank.

“To prevent this being used as political material and to get rid of the information pollution, I see a benefit in publishing this data,” Elvan said.

“We are seeing that the central bank conducted these sales-purchase transactions through a corresponding bank on electronic transaction platforms,” he noted.

The main opposition CHP has in recent months demanded to know at what rate the sales took place and to whom.

Elvan said the transactions were legal under a 2017 Treasury Ministry protocol, and mirrored examples in other countries. He said no one could be accused of corruption and dismissed claims that President Erdoğan gave the order for the sales.