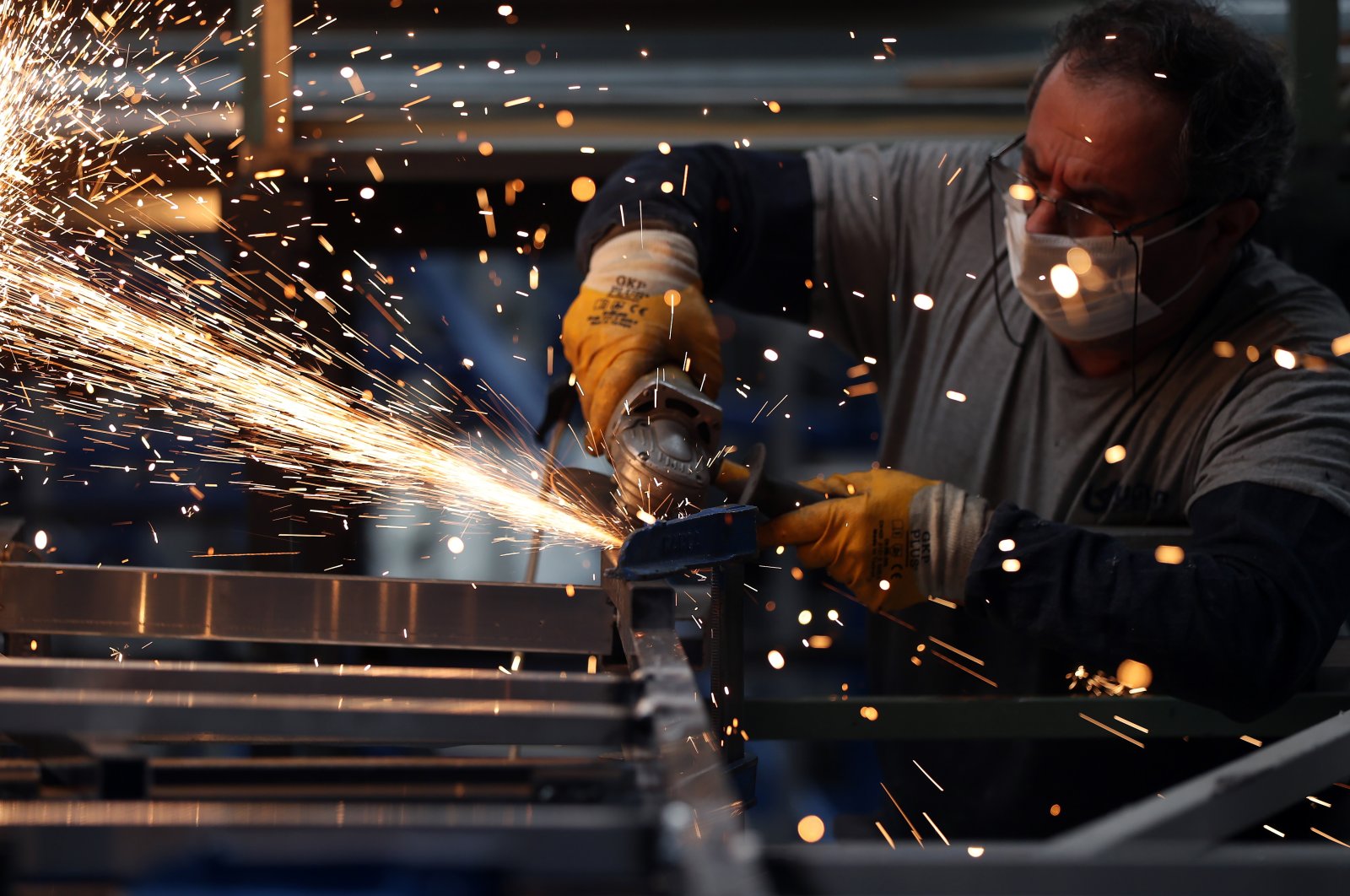 Turkey’s economy likely expanded by 6.7% in the first quarter, better than earlier forecasts, returning to trend after coronavirus pandemic lockdowns were careful to avoid key sectors, a survey showed.

The country’s gross domestic product (GDP) should expand by 5.5% this year, based on the median of a Reuters poll on Wednesday.

Forecasts from 13 economists ranged from 4.5% to 7% for the whole year, while the median estimate was up from 4.5% in a February poll.

For the first quarter, forecasts from 14 economists ranged from 5% to 7.5%.

Treasury and Finance Minister Lütfi Elvan has predicted a growth of 5.5% to 6% in the first quarter.

Stronger than expected activity indicators could be the main engine behind the robust January-March period, analysts told Daily Sabah earlier this month.

The nation’s industrial output jumped 12.3% year-on-year in the January-March period. Industrial production for the most part was exempt from the lockdown measures.

The Turkish Statistical Institute (TurkStat) is expected to announce GDP data for the first quarter on Monday.

The economy grew 1.8% last year, one of only a few globally to avoid a contraction in 2020 despite the pandemic.

While Turkey imposed new coronavirus measures at the end of last year that hit some services, they did not impede manufacturing and other sectors and most were lifted in March.

But the economy is still estimated to log double-digit GDP growth on annual basis due to the sharp contraction last year, when initial coronavirus fallout led to a contraction of 10.3% in the second quarter.

Turkey last week eased restrictions as it emerged from the full lockdown but kept the overnight and weekend curfews in place.

The government looks to lift measures more significantly as of June.

“We aim for normalization by running an intensive COVID-19 vaccination campaign in June,” Erdoğan said Wednesday.

The country has so far administered over 28.38 million doses of COVID-19 vaccines after a mass inoculation campaign began on Jan. 14, according to the Health Ministry data Wednesday.