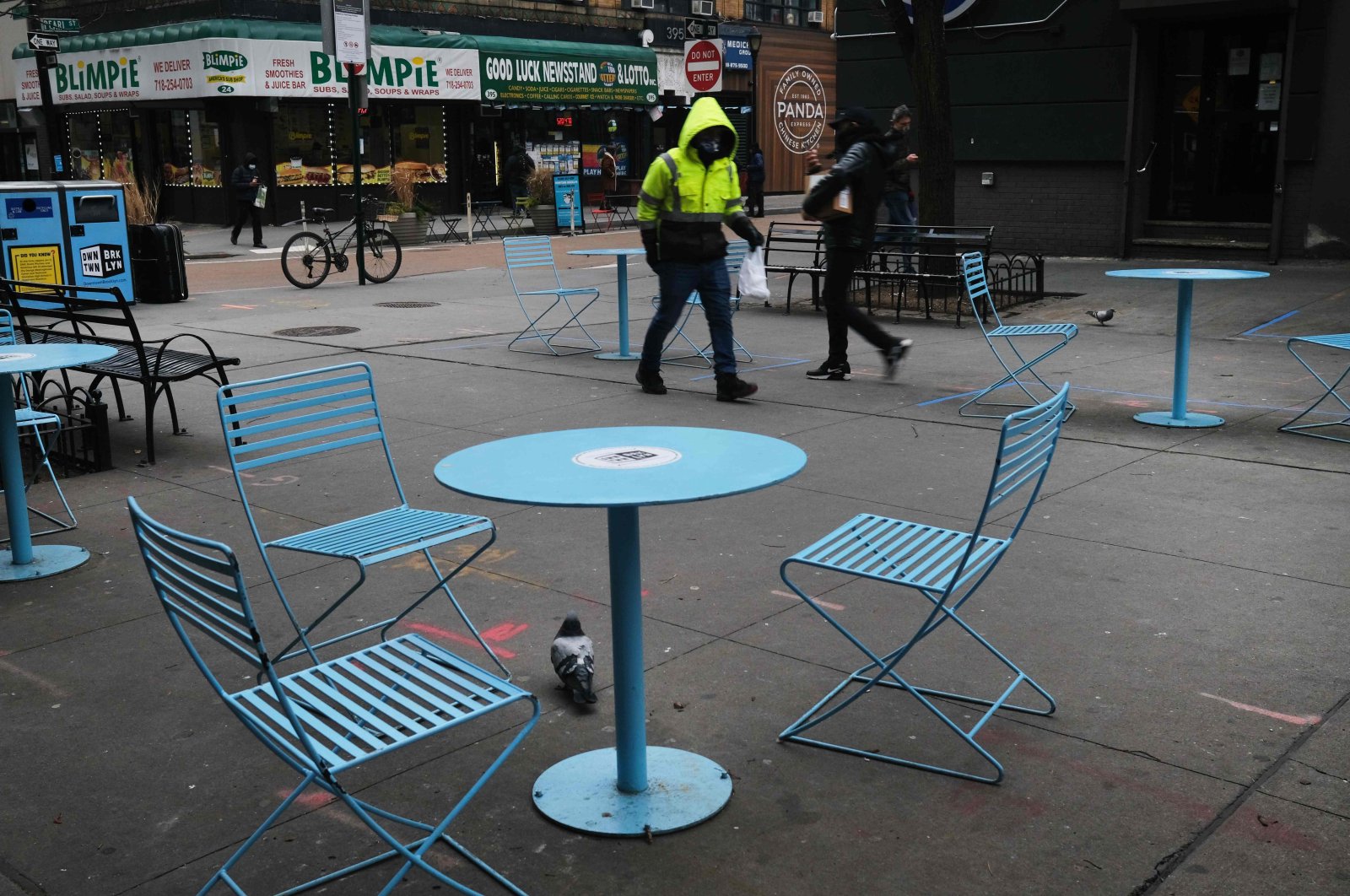 While grappling with the pandemic, the U.S. economy grew at a 4% annual rate in the last quarter of 2020 but still contracted last year, declining at its sharpest pace in 74 years.

For 2020 as a whole, a year when the coronavirus inflicted the worst economic freeze since the end of World War II, the economy contracted 3.5% and clouded the outlook for the coming year. The economic damage followed the eruption of the pandemic 10 months ago and the deep recession it triggered, with tens of millions of Americans left jobless.

Thursday's report from the Commerce Department estimated that the nation's gross domestic product (GDP) – its total output of goods and services – slowed sharply in the October-December quarter from a record 33.4% surge in July-September. That gain had followed a record-shattering annual plunge of 33.4% in the April-June period when the economy sank into a free-fall.

The pandemic's blow to the economy early last spring ended the longest U.S. economic expansion on record – nearly 11 years. The damage from the virus caused GDP to contract at a 5% annual rate in last year's January-March quarter. Since then, thousands of businesses have closed, nearly 10 million people remain out of work and more than 400,000 Americans have died from the virus.

The estimated drop in GDP for 2020 was the first such decline since a 2.5% fall in 2009, during the recession that followed the 2008 financial crisis. That was the deepest annual setback since it shrank 11.6% in 1946 when the economy was demobilizing after World War II. The most catastrophic annual contraction in records dating to 1930 was a 12.9% fall in 1932 during the Great Depression.

The government's report Thursday is the first of three estimates of growth last quarter; the figure will be revised twice in the coming weeks.

The outlook for the 2021 economy remains hazy. Economists warn that a sustained recovery won't likely take hold until vaccines are distributed and administered nationwide and government-enacted rescue aid spreads through the economy – a process likely to take months.

On Wednesday, the Federal Reserve took note of the economic threats. It kept its benchmark interest rate at a record low near zero and stressed that it would keep pursuing its low-rate policies until a recovery is well underway. The Fed acknowledged that the economy has faltered in recent months, with hiring weakening, especially in industries affected by the raging pandemic – notably restaurants, bars, hotels and others involved in face-to-face public contact.

Hiring in the United States has slowed for six straight months, and employers shed jobs in December for the first time since April. The job market has sputtered as the pandemic and colder weather have discouraged Americans from traveling, shopping, dining out or visiting entertainment venues. Retail sales have declined for three straight months.

Last month, the government enacted a $900 billion rescue aid package, and President Joe Biden is pushing for lawmakers to follow that up by approving his $1.9 trillion plan for further economic help. Biden’s proposal has met resistance, however, as many Republicans contend that the cost is too high and some of its benefits are misplaced.

Many economists warn that without further support, the economy risks succumbing to another recession. They note that much of the aid for individuals from the $900 billion package is set to expire in mid-March.

“The economy is still struggling,” said Mark Zandi, chief economist at Moody’s Analytics. “How strong the economy is later this year will depend on how the virus evolves and the effectiveness of the vaccines and mitigation efforts.”

Zandi predicted that the economy will expand at a 4.4% annual rate in the current quarter and achieve annual growth rates later this year above 5%, but he cautioned that his forecast is based on the enactment of further federal economic relief. He expects Biden initially to win congressional approval for only about half his $1.9 trillion proposal.

About 5 million jobs, Zandi estimates, will never return, forcing the unemployed in such industries as restaurants and bars to find work in other sectors.

“We have lost so many low-paying service jobs at restaurants, hotels and in transportation,” said Sung Won Sohn, an economics and business professor at Loyola Marymount University in Los Angeles.