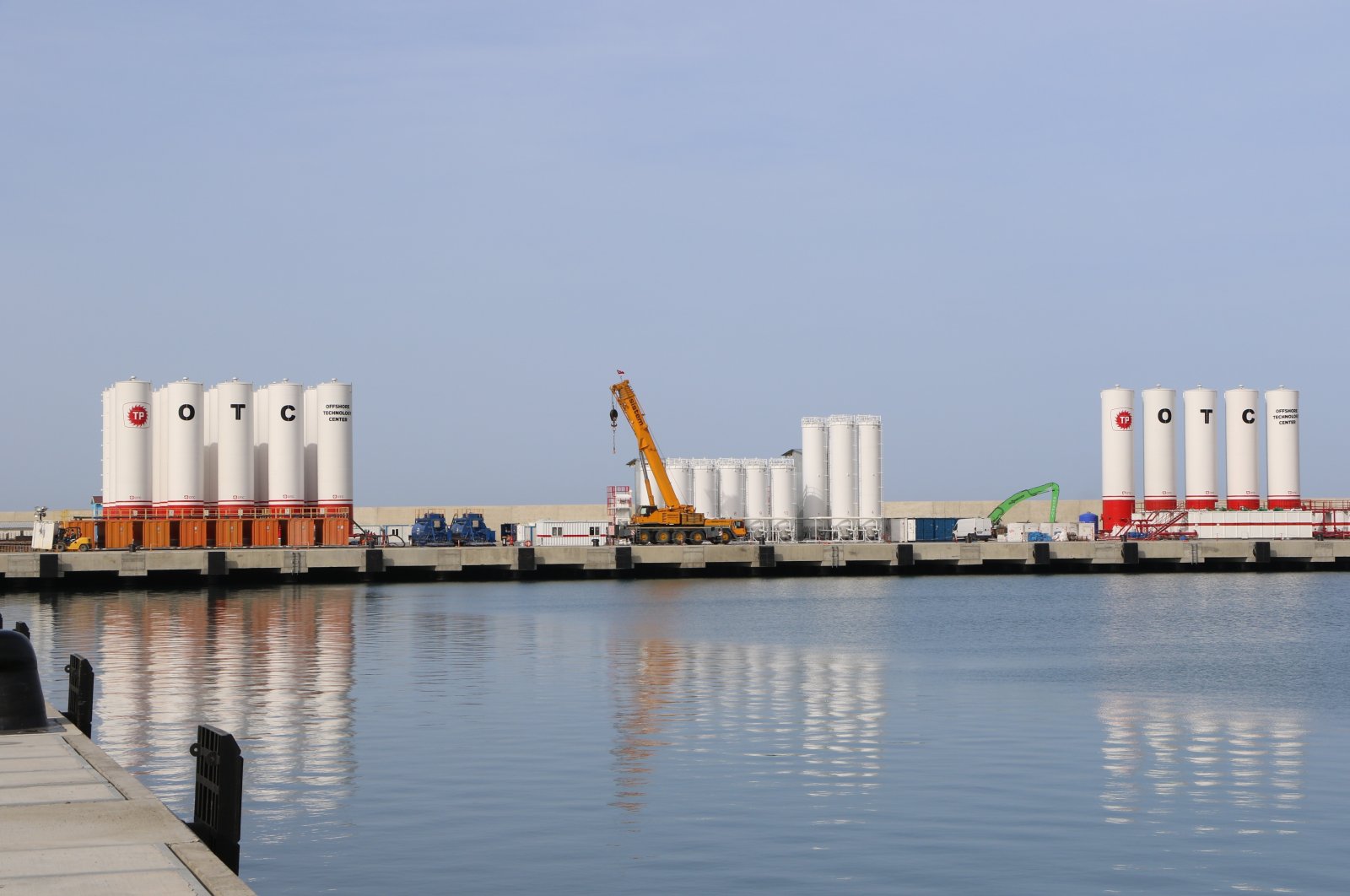 A view of the part of Filyos Port from where Turkey plans to bring its Black Sea gas onshore, Zonguldak, northern Turkey, June 2, 2021. (IHA Photo)
by DAILY SABAH WITH AA Jun 08, 2021 12:57 pm
RECOMMENDED

"That will not only be seen in renewal conversations still to come. It’s already true in current talks with as close a partner as Azerbaijan, for a long-term contract that expired in April and is still yet to be renewed," he said.

The country has invested in the sector in recent years, with projects ranging from onshore storage facilities to floating storage regasification units (FSRU).

The contract for 6.6 bcm of gas imported from Azerbaijan also expired in April. Gas flow from the Caspian country through the Baku-Tbilisi-Erzurum pipeline was cut off, while Turkey's state-owned Petroleum Pipeline Company (BOTAŞ) continues to purchase gas through the Trans Anatolian Natural Gas Pipeline (TANAP). The 1.2 bcm contract with Nigeria will also expire this year.

For the Russian gas, several Turkish companies have already conducted negotiations with energy giant Gazprom. Turkey currently has a contract for 8 bcm of natural gas transported via TurkStream from Russia, 4 bcm of which is imported by the private sector and the rest by BOTAŞ.

Sherman further spoke about Turkey’s Black Sea discoveries. He said they could cover around 12 years of the country’s current gas demand if fully recovered.

Sherman said the continued appraisal of the giant discovery in the Sakarya gas field and new exploration wells by Turkey’s drillships would ensure further resource growth.

However, he advised that Turkey’s strategic focus shift even more from adding resources to developing the volumes already discovered.

"That means consistent progress offshore – with wells and pipelines – and onshore at the gas plant site at Filyos. A 2023 date for first production still looks ambitious, even from the smaller-scale Phase One. Reaping the supply rewards on such an accelerated timeline remains complex and expensive, no matter the political and economic importance," he explained.

Erdoğan said earlier when he revealed the new gas discovery that they plan to bring natural gas from the sea to land in three stages.

The drillship Fatih is currently drilling the Türkali-3 testing well, while another drillship, Kanuni, is carrying out completion tests at the Türkali-2 well.