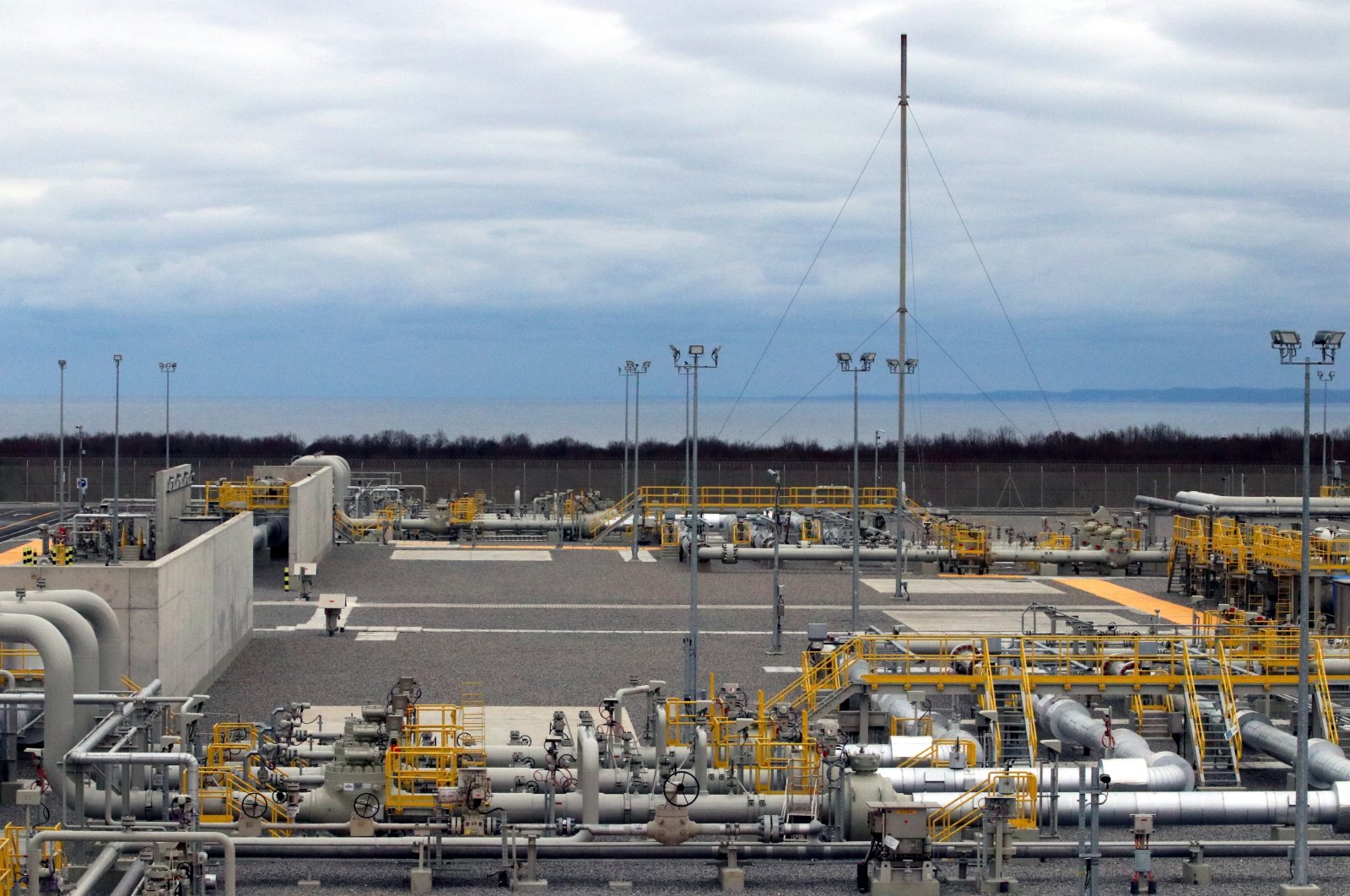 Several Turkish companies seeking to import natural gas from Russia have conducted negotiations with energy giant Gazprom, according to officials speaking to local media, as longtime contracts between the countries expire this year and Turkey awaits competitive pricing.

Turkey currently has a contract for 8 billion cubic meters (bcm) of natural gas transported via TurkStream from Russia, 4 bcm of which is imported by the private sector and the rest is by state-owned Petroleum Pipeline Company (BOTAŞ).

According to a report by Turkish broadcaster HaberTürk, many companies, including Gama Holding, AKSA and Demirören have already started negotiations with Gazprom.

“Talks are being held with Gazprom's trade side managers. Many companies from Turkey are very interested in gas imports,” an official who hasn’t been named was cited by the report as saying.

The question is the import price and the quantity of the gas, the official said.

TurkStream, dubbed a milestone between the two countries and an excellent example of Turkish-Russian cooperation in energy, not only carried gas to the Turkish market but also transported a total of 5.8 bcm of gas to Europe without interruption in a year after the expropriation, acquisition, construction and commissioning operations completed in record time in 2019.

TurkStream consists of two 930-kilometer (578-mile) sea lines extending from the Russian city of Anapa to Turkey's Kıyıköy district in Kırklareli and two separate landlines of 142 and 70 kilometers each. Each line of the TurkStream has a capacity of 15.75 bcm, making the pipeline’s total capacity 31.5 bcm, with one line transferring natural gas to Turkey and the other one to European markets.

Back in December 2020, Russian news agencies also reported that Gazprom was in talks with its Turkish partners to carry natural gas deliveries via the TurkStream pipeline to more European markets.

Turkey, heavily dependent on imports of pipeline gas and liquefied natural gas (LNG) – imports of which have been boosted in recent years to benefit from lower prices – to meet its energy needs, expects to cut better natural gas import deals with countries like Russia since its hand is now stronger with the gas discovered in the Black Sea.

Previously it was reported that thanks to both Turkey’s reliance on domestic production and cheaper LNG imports, Gazprom started losing its share in the once-promising market, recording exports at its lowest level since the 1990s.

Turkish drillship Fatih found 405 bcm of natural gas last year, the country’s largest-ever discovery and the biggest offshore gas find globally in 2020. Engineering studies are ongoing to bring the Black Sea gas ashore. Turkey is determined to connect the gas to the nation’s transmission system by 2023.

Approximately 16 bcm of a total of nearly 58 bcm of long-term natural gas contracts Turkey inked with exporters expire by the end of this year. Turkey meets around 50 bcm of natural gas needs per year, through imports, both oil prices-indexed pipeline gas from Russia, Iran and Azerbaijan and through LNG imported from countries including Qatar and the United States. Natural gas in the spot LNG market is cheaper than prices set in long-term contracts.

The contract for 6.6 bcm of gas imported from Azerbaijan also expired last month. Gas flow from the Caspian country through the Baku-Tbilisi-Erzurum pipeline was cut off while BOTAŞ continues to purchase gas through the Trans Anatolian Natural Gas Pipeline (TANAP). The 1.2 bcm of Nigeria contract will also expire this year.