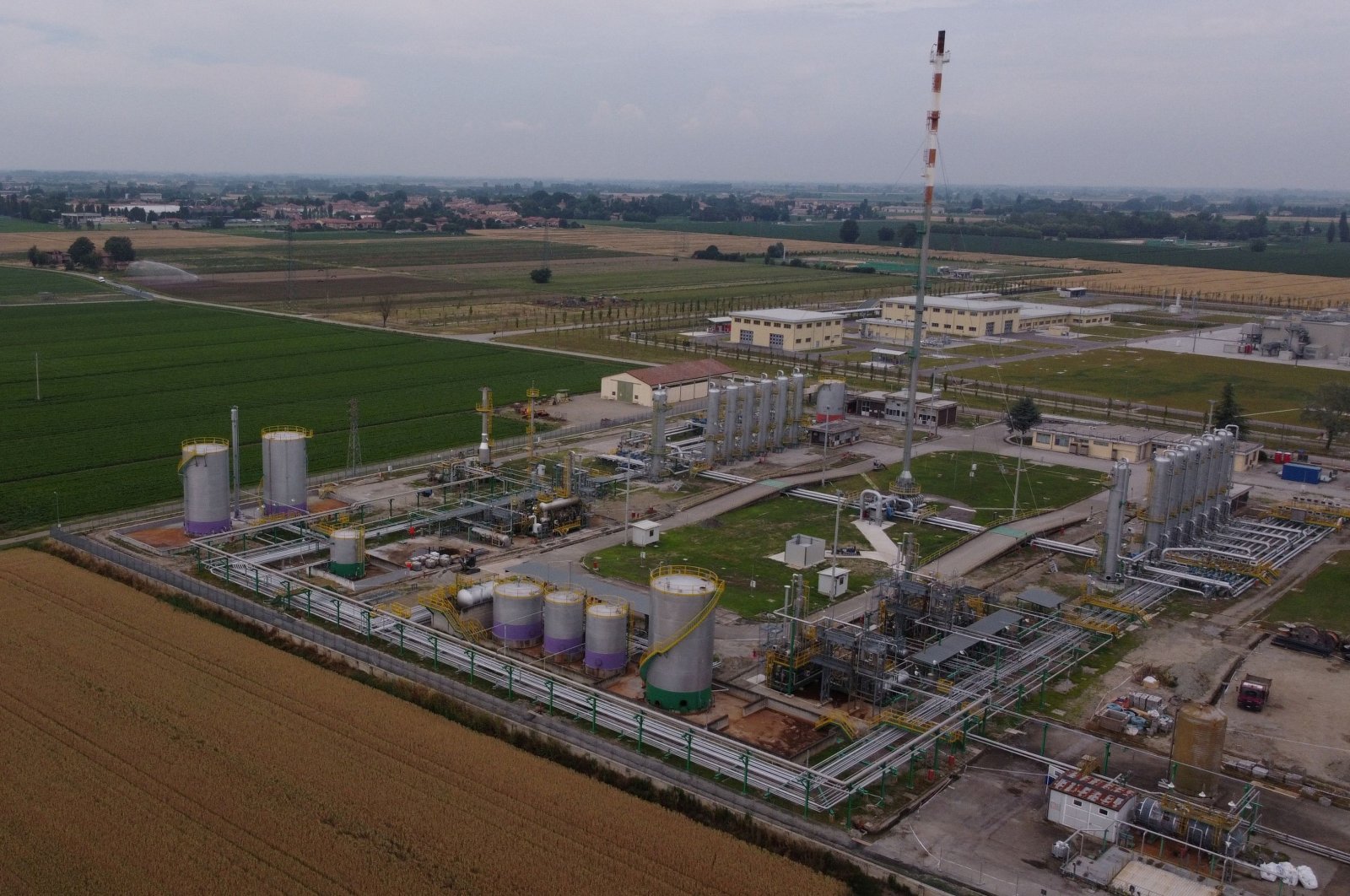 The European Commission is set to propose a system this week to allow European Union countries to voluntarily jointly buy gas to form strategic reserves of fuel, a reform made in response to soaring energy prices, according to a document shared with countries ahead of a summit this week.

European gas prices surged to record highs in October amid tight supplies and high demand from global economies recovering from the COVID-19 pandemic. Prices have retreated from those peaks but crept back up in recent weeks amid cold winter weather and lower than expected imports from Russia.

Soaring energy prices have left governments scrambling to use subsidies and tax breaks to shield consumers from high bills, prompting calls from some countries for an EU system of joint gas buying.

Countries including Spain and France have called for the EU to allow them to jointly buy gas and form strategic reserves to bolster their supplies.

A proposal to update EU gas market rules, which the Commission is due to publish on Wednesday, would set up such a system.

"The proposals will include an enabling framework for the joint procurement of gas strategic stocks by regulated entities on a voluntary basis," the Commission said in a document circulated to countries ahead of an EU leaders summit on Thursday, and seen by Reuters.

The system will "contribute to EU coordinated measures in case of Union wide emergency," it said.

The document did not confirm how the system of joint procurement would work in practice, but said it was part of a push from Brussels to strengthen EU gas storage systems.

"Member States, through joint cooperation at regional level, should be able to rely on storage in other countries in case of needs," the document said.

Storage would become part of EU countries' assessments of their gas supply security risks, including risks related to foreign ownership of storage infrastructure, the document said.

Lower than expected volumes from Russia have led some EU countries and lawmakers to call for a probe into whether Gazprom has withheld supply to push up European gas prices in recent months.

The company has said it meets all its contracted supply obligations, while its major customers have said they have not asked for additional supplies.

Gas imports from Russia to the EU in October-November were 25% lower than in the same period of 2020, while Gazprom-owned storage in the EU is "significantly lower" than last year, the EU document said.

Brussels has said the long-term solution to high fossil fuel prices is to transition faster to locally-produced renewable energy, as planned under the EU's climate change targets.

Benchmark wholesale European gas prices rose by more than 500% this year, hitting record highs in October. While prices have retreated from their peak, they remain high.

EU energy policy chief Kadri Simson has said the reform will include a framework to enable joint procurement of strategic gas stocks.

The Commission document said any joint buying among countries would be voluntary.

The EU has the capacity to store over 117 billion cubic meters (bcm) of natural gas, or roughly a fifth of its annual consumption, according to Gas Infrastructure Europe.

Gas storage sites are typically salt caverns or depleted gas fields. Storage is needed to balance fluctuations in daily and seasonal demand. It can secure the supply of gas in times of disruptions, major outages at infrastructure, or particularly high demand in cold spells.

Storage capacity in the EU is unevenly distributed with large facilities in France, Germany, Italy and the Netherlands, but interconnection by pipelines means member states can use stored gas in neighboring countries.

During the summer months, when wholesale prices tend to be lower, gas is typically injected into storage for use in the winter, when demand goes up and prices rise.

This year was exceptional as storage levels ended the summer season much lower for a variety of reasons, including unseasonably high prices that meant gas was sold rather than stored.

Simply put, countries could jointly buy gas and share their gas storage with one another.

Spain, France and other countries in favor of the idea have said common guidelines on gas storage could "mitigate and smooth price increases," while coordinating countries' gas buying could increase their bargaining power.

The Commission has yet to unveil the details of its plan, and many questions need to be answered, including how countries would access gas stocks and the implications for companies that own them.

Any overhaul of EU rules would need to be negotiated by EU countries and the European Parliament, a process that can take years – although urgent measures could be pushed through faster.

EU countries are responsible for their own energy policies, so individual states have varying energy mixes and gas storage facilities.

EU gas storage is lower than usual for this time of year. EU gas storage was roughly 68% full at the end of November, meaning the bloc would need to import 5% to 10% more in a cold winter, according to the Commission document.

Low storage levels are not the only cause of high prices: Europe competes with Asia for liquefied natural gas supplies, which drives up prices; Russian gas supply has been lower than usual; carbon prices have reached record levels this year; wind output has fallen; and there have been extended infrastructure outages.

Countries have mooted other proposals in response to the energy price spikes.

Spain and France are among the EU countries seeking to change regulation to de-link the price of electricity from gas prices and tie it to the average cost of production in each EU state.

They say the current system, whereby gas plants typically set the price of electricity, means consumers do not benefit from the increasing share of cheaper renewable energy in countries' energy mixes.

Britain can receive and send pipeline gas to Europe. It has no large-scale gas storage site after Centrica closed the Rough facility in 2017, saying that maintaining the 30-year-old plant was too costly.

This left Britain, where around 80% of homes are heated using gas, with storage capacity equivalent to around four-to-five days of winter gas demand, down from 15 days previously.

Should the EU develop a strategic reserve it is unlikely Britain would be included since it is no longer a member of the European Union following Brexit at the end of 2020.