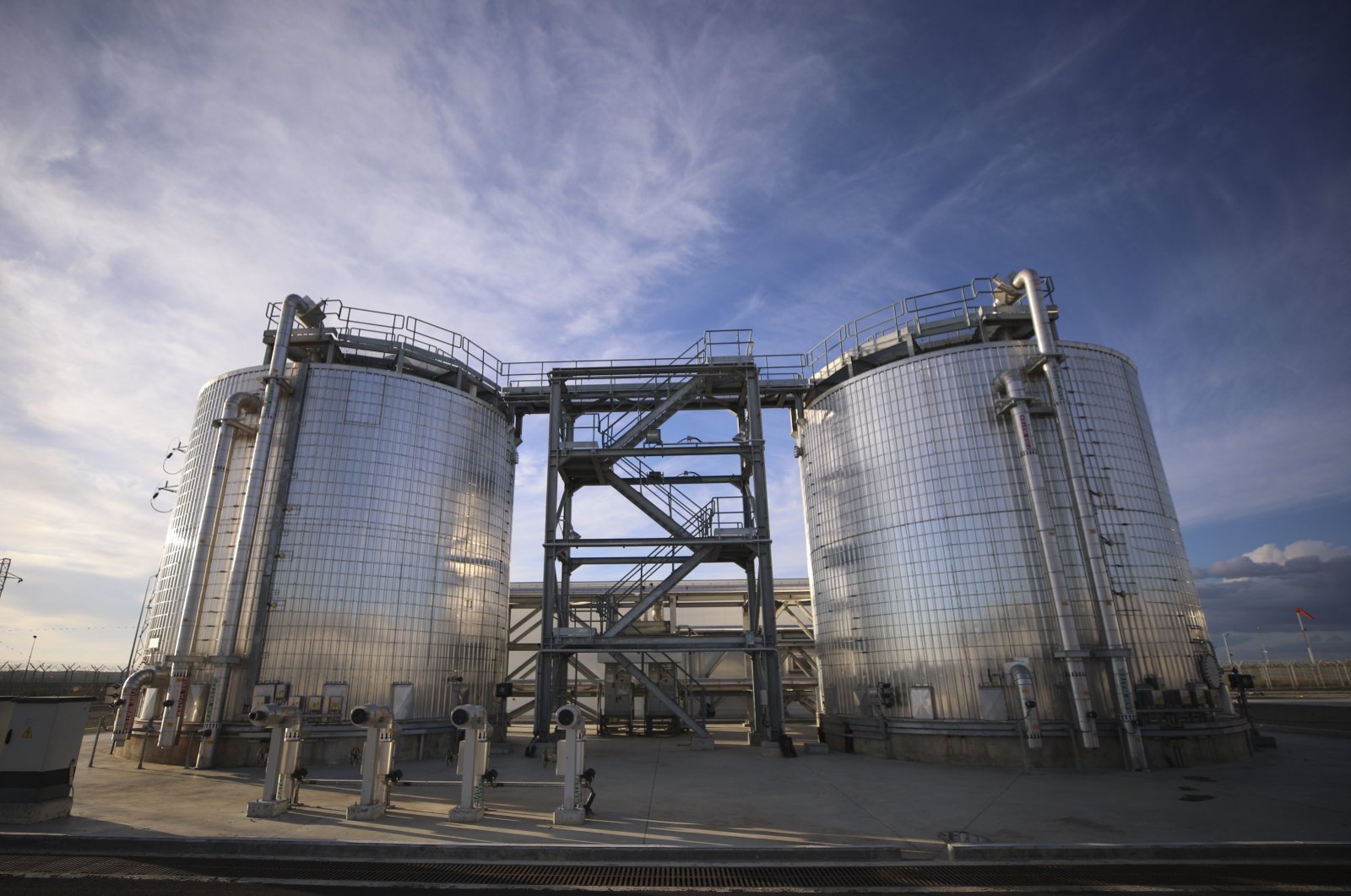 A view of the Trans Anatolian Natural Gas Pipeline (TANAP) measurement station in the Ipsala district of the northwestern province of Edirne, Turkey, Nov. 29, 2019. (AA Photo)
by DAILY SABAH WITH AGENCIES Oct 15, 2021 10:06 am
RECOMMENDED

Turkey has sealed a trade accord with Azerbaijan for additional natural gas supplies that will be delivered through the end of 2024, the country’s energy minister announced Friday.

Under the three-year deal, 11 billion cubic meters (bcm) of gas will be delivered through the Baku-Tiflis-Erzurum pipeline, also known as the South Caucasus Pipeline, Fatih Dönmez said in a statement.

Dönmez lauded the deal as he said Turkey was making “significant” progress in securing additional natural gas supplies in the run-up to the winter season. He dismissed what he said were efforts to create the perception that Turkey was facing an energy problem amid a global energy bottleneck.

“As winter approaches, continuing talks on meeting the probable increase in natural gas demand are progressing positively,” he said.

“Authorities in countries from which we procure gas have declared that they will increase the gas delivered to Turkey,” he noted, citing the deal with Azerbaijan.

“In this context, an additional natural gas trade agreement of 11 billion cubic meters from the Baku-Tbilisi-Erzurum pipeline, which will be valid until the end of 2024, has been signed with Azerbaijan,” the minister added.

Dönmez’s remarks came a day after his Azerbaijani counterpart Parviz Shahbazov said Azerbaijan had signed a new deal with Turkey to supply gas from its giant offshore Shah Deniz I field.

Azerbaijan halted gas supplies from Shah Deniz I to Turkey in April after the contract expired.

Under that agreement, Turkey had annually received 6.6 bcm of gas from the Shah Deniz I in the Azerbaijani sector of the Caspian Sea via the Baku-Tbilisi-Erzurum pipeline.

Azerbaijani gas is also being delivered to Turkey through the Trans-Anatolian Natural Gas Pipeline (TANAP), which stretches from the Turkish-Georgian border to the Turkish-Greek border. One of the biggest energy projects in the region, TANAP was officially launched in June 2018.

Shahbazov said Shah Deniz I will supply 2.5 bcm to Turkey next year when Azerbaijan’s total gas production is seen increasing to 43 bcm. It will supply 3.5 bcm in 2023, the minister said, without providing further details.

“We will be increasing gas supplies (to Turkey) from Shah Deniz I in addition to Shah Deniz II,” he said on the sidelines of an energy conference in Moscow.

Industry sources told Reuters earlier this week that Turkey has renewed one of them, with Azerbaijan, agreeing on a three-year contract to import up to 6 bcm per year, following the expiry of a 15-year contract for 6.6 bcm.

Supplies from Shah Deniz II in the Caspian Sea, which is due to supply Turkey with 6 bcm per year, have not been interrupted.

Turkey still has three natural gas contracts to roll over – two for state and private sector imports via pipelines from Russia’s Gazprom of 4 bcm each, which expire at the end of the year, and 1.3 bcm of Nigerian LNG expiring this month.

It marks a noteworthy rise from 45 bcm to 50 bcm that the country consumes each year and for which it pays between $12 billion (TL 108.02 billion) and $15 billion. Turkey imported 48.1 bcm of gas last year, up 6% from a year before, a third of which came from Russia.

Dönmez also called recent reports “baseless and untrue” that state energy companies Turkish Petroleum Corporation (TPAO) and BOTAŞ will be sold off, stressing such a move was never on the agenda.

“Neither Turkish Petroleum nor BOTAŞ will be sold. There has never been such an agenda. The companies play a key role in Turkey's energy supply security today.”

He also disputed claims that Turkey was buying gas at expensive rates, explaining that significant volumes are being bought through long-term contracts in line with the current indicators on the international market and below the claimed cost of $1,300 per 1,000 cubic meters.

“In fact, compared to Europe, Turkey is among the countries that have the cheapest purchase prices for natural gas and electricity.”