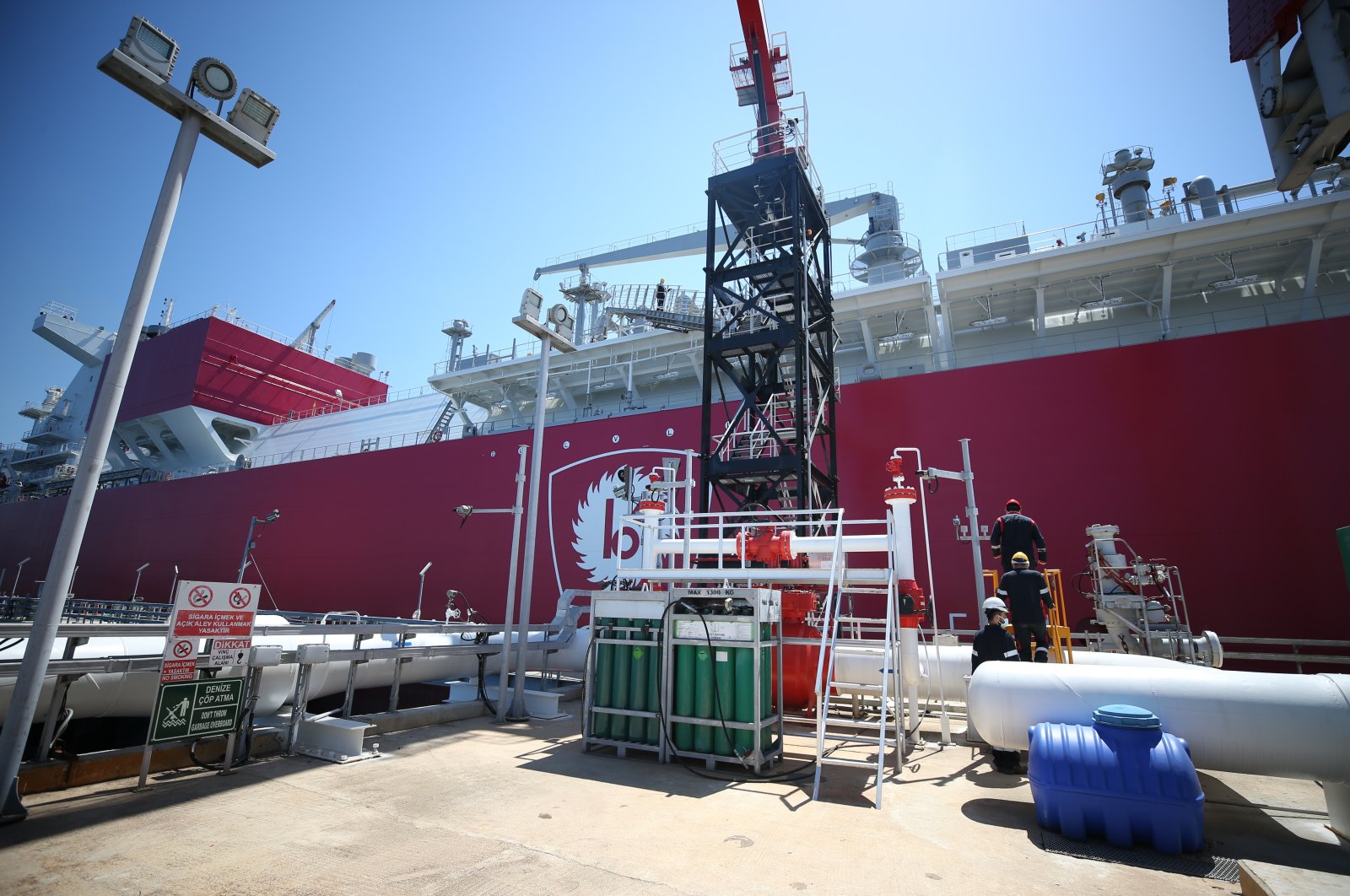 Turkey’s record demand for natural gas this year is pushing it to step up purchases on a surging spot market as it revs up efforts to renew long-term contracts expiring this winter.

One of the largest gas importers in Europe, Turkey depends on pipeline gas from Russia, Azerbaijan and Iran as well as liquefied natural gas (LNG) imports from Nigeria, Algeria and spot markets.

Turkey has renewed one of them, with Azerbaijan, agreeing a three-year contract to import up to 6 bcm per year, following the expiry of a 15-year contract for 6.6 bcm, two industry sources told Reuters on Tuesday.

The new, shorter contract will be for spot imports of gas with prices indexed to Italy’s PSV hub, as opposed to long-term take-or-pay contracts with oil indexed pricing that Ankara wants phased out.

That still leaves Ankara with three contracts to roll over – two for state and private sector imports via pipeline from Russia’s Gazprom of 4 bcm each, which expire at the end of the year, and 1.3 bcm of Nigerian LNG expiring this month.

With time running short, a meeting between the Russian and Turkish presidents ended without a gas deal two weeks ago.

President Vladimir Putin tried to reassure Ankara, saying it was shielded from Europe’s gas crisis by the Russian pipeline supply to Turkey. But Turkey has little gas in reserve to fall back on if the talks drag on.

“All contractually available pipeline gas from Russia, Iran and Azerbaijan has been pulled out and used as of mid-September,” a Turkish industry source said.

In the past, Turkey used LNG to complement more expensive pipeline imports. Hiking the share of LNG in gas imports almost to a third in the last two years, it signaled to its import partners that expensive oil-indexed contracts for pipeline gas needed to become more competitive.

Plans to cover up to a quarter of its consumption from a new Black Sea discovery from 2027 are also expected to strengthen its hand in negotiations.

Yet, a drought this year curtailed hydroelectric power, putting idled gas power plants back online and driving Turkey’s consumption up to an expected record of 60 bcm of gas, just as prices spike in Europe.

With daily peak consumption expected to hit 300 million cubic meters this winter, Turkey will have to renew all expiring contracts with at least the same volumes, and top up its supply with expensive LNG, said industry consultant Arif Aktürk.

Turkey has around 48 bcm/year of import contracts in place, meaning it will have to import a little shy of 13 bcm LNG from spot markets now seeing sky-high prices. Spot LNG imports so far this year stand at 2 bcm, official data shows.

“Turkey could use spot imports of LNG or Azeri pipeline gas to fulfil the shortfall... The only downside would be extra costs incurred from buying on the spot market, but Turkey would most likely not face an availability problem,” said Sohbet Karbuz, director for hydrocarbons at think tank OME in Paris.

Gas use for heating and small-scale manufacturing is subsidized in Turkey where households pay $170 for 1,000 cubic meters of gas. The same volume of gas peaked above $1,000 last week at the Dutch TTF gas hub where prices have quadrupled this year.

That means it could cost Turkey an estimated $5 billion to subsidize spot LNG imports at current market prices in the last quarter, the industry source said.

Whatever the cost, Energy and Natural Resources Minister Fatih Dönmez stressed Turkey would ensure the security of supply.

As the world wrestles with soaring energy prices just ahead of winter, President Recep Tayyip Erdoğan has said the government was revving up efforts to ensure the fallout is only minimally reflected on its citizens and their energy bills.

Some of the demand increase will be met through supplying LNG and some from existing contracts, Dönmez said Friday.

“We will have survived this year without any problems if the suppliers also comply with the shipment schedules,” he stressed.

Dönmez also said Turkey’s Petroleum Pipeline Company (BOTAŞ) and other private institutions are in talks with related countries regarding gas imports within the scope of current contracts.

“So far we have resorted to sourcing LNG from spot markets to meet additional consumption as security of supply is more important than the price,” Dönmez said.