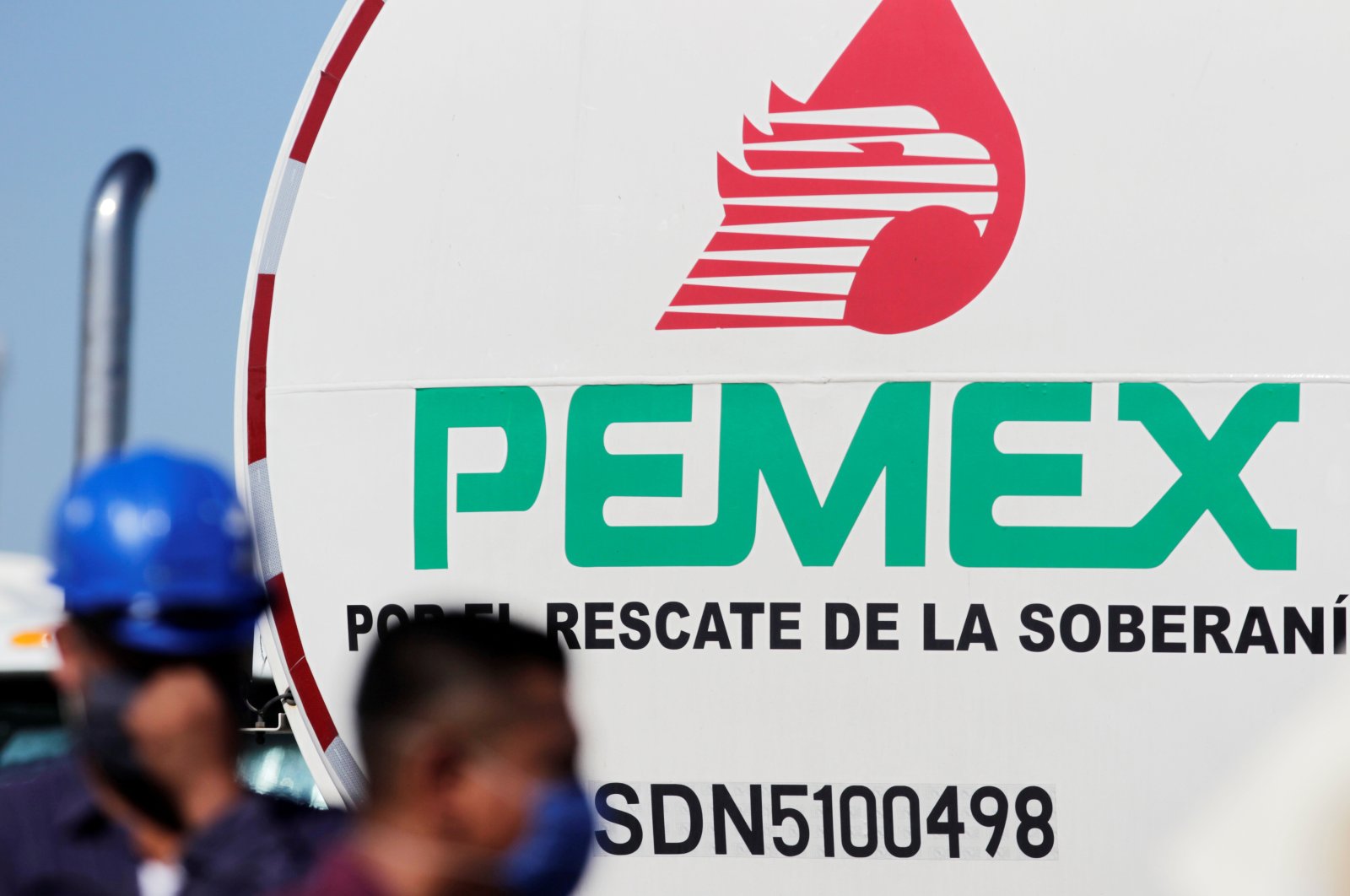 A logo of the Mexican state oil firm Pemex is pictured during a visit of Mexico's president, Andres Manuel Lopez Obrador, at Cadereyta refinery, in Cadereyta, on the outskirts of Monterrey, Mexico, Aug. 27, 2020. (Reuters Photo)
by French Press Agency - AFP
Feb 26, 2021 9:49 pm

Oil major Pemex reported a loss of around $23 billion in 2020 as it grappled with a coronavirus slump in oil demand, the Mexican state giant said Friday.

The company said it had faced "the worst crisis in its history" last year due to COVID-19 sweeping the planet.

It blamed "the unprecedented combination of low prices for crude oil and petroleum products" and "a steep fall in fuel consumption that eroded the cash flows of all oil companies."

Pemex announced an annual loss of 481 billion pesos ($23 billion), an increase of 38% compared with 2019, despite returning to profit in the second half of the year.

For the fourth quarter of 2020, the group posted a profit of 124.2 billion pesos, compared with a loss of 171.5 billion pesos in the same period of the previous year.

Pemex, which returned to the black in the three months to September, said it was the first time in more than four years that it had posted two consecutive quarterly profits.

Leftist President Andres Manuel Lopez Obrador has sought to help the firm regain its footing with a series of cash injections and other measures following years of declining production.