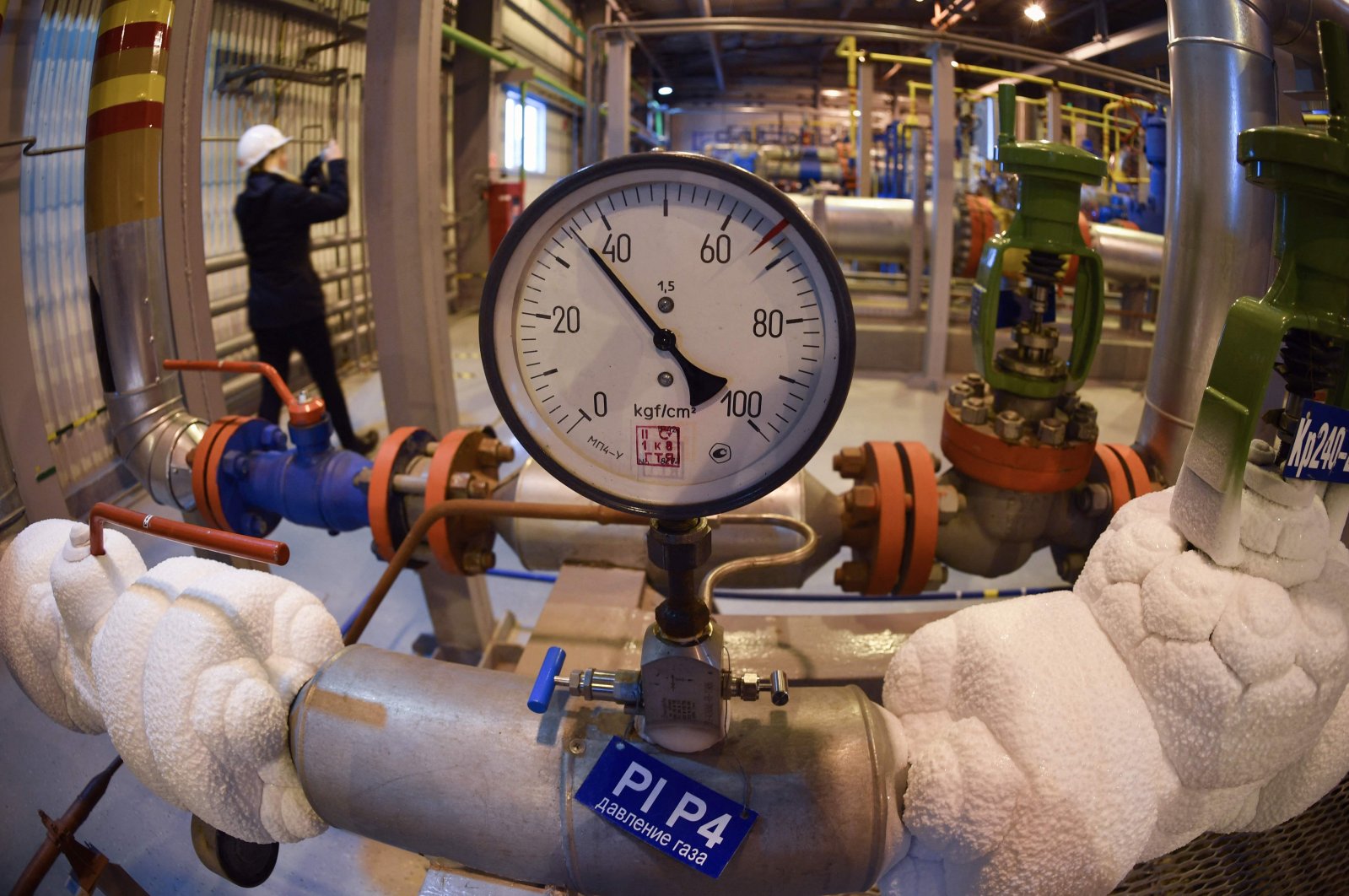 A woman walks along a booster compressor station at the Bovanenkovo gas field on the Yamal peninsula in the Arctic circle, Russia, May 21, 2019. (AFP Photo)
by REUTERS Sep 06, 2021 6:04 pm
RECOMMENDED

The pipelaying work on the Russia-to-Europe Nord Stream 2 natural gas pipeline has been completed with the last section welded into place, its operator said Monday, meaning the two long stretches of the pipe can now be joined to complete the Baltic subsea link.

The $11 billion pipeline, which will double Russian gas exporter Gazprom's capacity via the Baltic Sea, has drawn opposition from the United States, Ukraine and others opposed to Europe increasing its reliance on Russian energy imports.

The project is also seen as allowing Russia to forego piping gas to Europe via Ukraine, thereby denying Kyiv of transit fees.

The Russian pipelaying vessel Fortuna welded the last of the double pipeline onto a stretch of the pipeline in German waters, the project's operator said, adding this would now need to be welded to a long section in Danish waters to complete the project.

"Pipelaying work on the Nord Stream 2 pipeline has been completed," Gazprom announced on messaging app Telegram.

The operator said it aimed to have Nord Stream 2 in operation by the end of the year.

The pipeline still needs to be certified and approved for use. Certification is expected to take up to four months but will only start once all paperwork is complete, which entails checks by the German economics ministry and Gazprom.