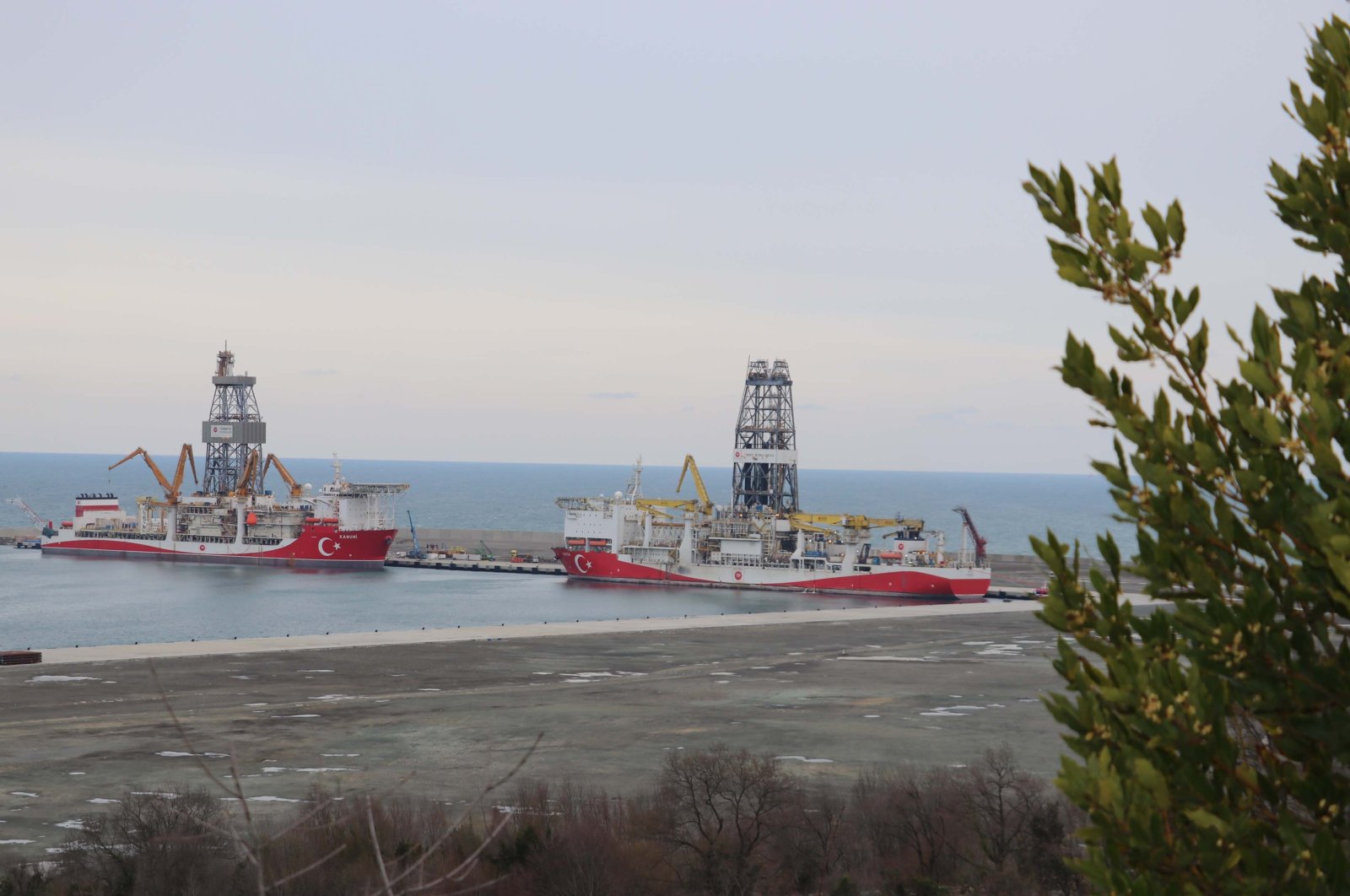 Turkey is about to start well tests for three boreholes in the Black Sea, Energy and Natural Resources Minister Fatih Dönmez said Tuesday, as field development works continue in the Sakarya gas field, where the country made its largest-ever natural gas discovery.

The tests are due as of May and will be initially carried out in the Türkali-2 well, Fatih Dönmez told a virtual meeting of the National Technologies for Petroleum Industry (PEMT).

It will be followed by the Türkali-1 and Tuna-1 wells, located about 100 nautical miles (185 kilometers) north of Turkey’s Black Sea coast.

Fatih carried out drillings at all three wells. The tests will be carried out by a third drillship, Kanuni, Dönmez said.

Kanuni joined the fleet last year and has been anchored at the Port of Filyos in northern Zonguldak where it underwent maintenance works after it set sail from Istanbul in mid-November.

Fatih will drill 10 Türkali wells in the Sakarya gas field over the next two years, each at a diameter of 2 kilometers (1.24 miles).

Dönmez said that the field teams are working hard to ensure that the first gas shipment coincides with the centenary of the Republic of Turkey.

The first gas production from the field will start in 2023, to be delivered to Filyos through an estimated 150-kilometer-long subsea pipeline which will be constructed by Turkey. It will run from the field to the shore where it will connect to Turkey’s national gas grid.

Turkey plans to complete the drilling of 40 production wells by 2028.

The reserve is expected to lessen Turkey’s dependence on Russia, Iran and Azerbaijan for energy imports.

Turkey meets most of its natural gas needs through imports. The discovery is expected to significantly slash the import bill, which totals around $12 billion (TL 97.46 billion) annually.

Dönmez stressed the need to “make energy technologies the new defense industry of Turkey” toward the country’s goal of energy independence.

With this goal, Turkey produced TL 186.5 million ($23 million) worth of oil and gas equipment over the past three years, he said.

“If we had not produced this equipment locally, we would have to pay the equivalent in import costs of TL 263.5 million,” he explained.

Through localization, he said, savings of 41%, equating to TL 76 million, were made in this sector.

The country has developed and produced a remotely operated underwater vehicle, Kaşif, to be used as a drilling observation support vehicle in its hydrocarbon exploration activities.

The vehicle has departed Istanbul and will arrive on Wednesday before it gets assembled to support Kanuni in its works, the Demirören News Agency (DHA) reported Tuesday.

Kaşif 1, the first of the robots, was developed for the Fatih drillship. The Kaşif 2 constitutes 65% of local resources, compared to a 53% share in the first vehicle, according to Can Emre Bakım, general manager of the manufacturer Armelsan Defense Technologies.

Within the scope of PEMT, Dönmez said the country has managed to develop multiple types of equipment used in the land drilling such as a drilling rig, first domestic hydraulic cracking unit, different borehole materials and an above-ground production pump.