Turkey looks to complete 27.5% of Akkuyu nuclear plant by year-end 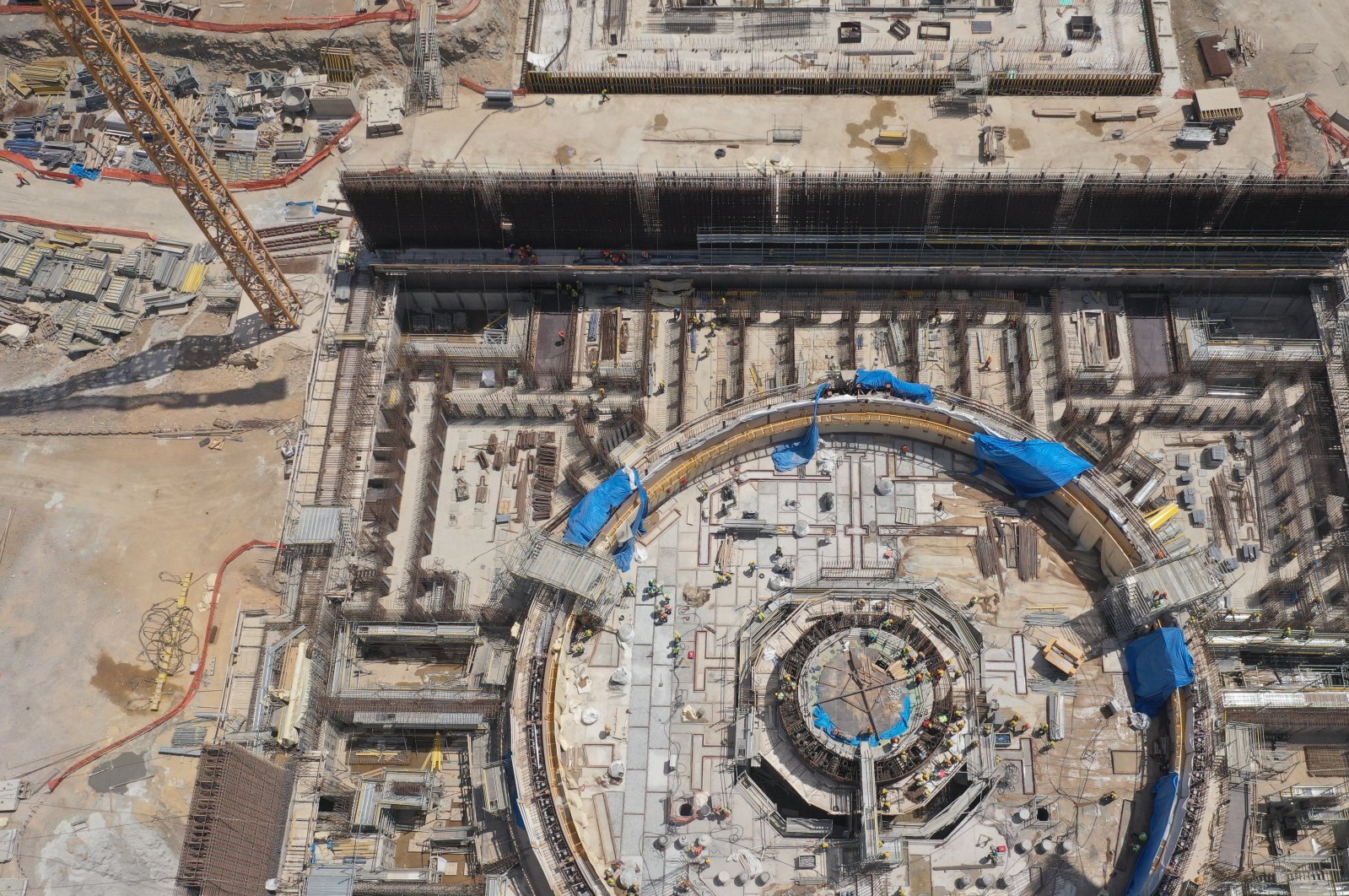 The 2021 Performance Program of Turkey’s Energy and Natural Resources Ministry has drawn a road map for the completion of the country’s first nuclear power plant, the Akkuyu Nuclear Power Plant (NPP), which says 27.5% of the plant will be completed by the end of this year.

The program, which outlines the steps that will be taken in the energy sector this year, determined the country’s targets for the development and coordination of the nuclear power plant and nuclear infrastructure for 2021.

According to this year’s performance program, 16.25% of the plant, including construction, permits, licenses and approvals, was completed at the end of last year. This considers very favorably with the forecast of last year’s program, which estimated progress at less than half of this, at 8%.

For 2021, the performance program last year determined progress at 16%, but this has been revised up in this year’s program to 27.5%.

The start of operation for the first of the plant’s four VVER-1200 reactors is scheduled for 2023. All the remaining three units are due to start operation by the end of 2026, at a rate of one per year to ultimately have a total installed capacity of 4,800 megawatts.

On Jan. 23, 2020, the welding of the reactor cover for the plant was completed, according to Atommash, the Volgodonsk branch of AEM-technology, which operates alongside Russian State Atomic Energy Corporation Rosatom's machine-building division of Atomenergomash.

On July 16, hydraulic tests were made for the reactor pressure vessel of the first unit and on Aug. 24, the shipment of steam generators for the first unit began.

On Sept. 10, the final manufacturing stage of the first reactor started. On Oct. 17, a construction license was granted to begin construction of the plant’s third unit this spring.

An intergovernmental agreement between Turkey and Russia was signed in May 2010 for plant construction. On April 3, 2018, the plant's groundbreaking ceremony was held with the participation of President Recep Tayyip Erdoğan and his Russian counterpart Vladimir Putin via a videoconference call from Ankara.

Once completed, Akkuyu NPP will produce 35 billion kilowatt-hours (kWh) of electricity annually when it is fully commissioned. As a baseload plant, it will play a leading role in reducing dependence on imported energy resources, especially natural gas.

The total amount of investment in the plant has been calculated as $20 billion (TL 141.02 billion).