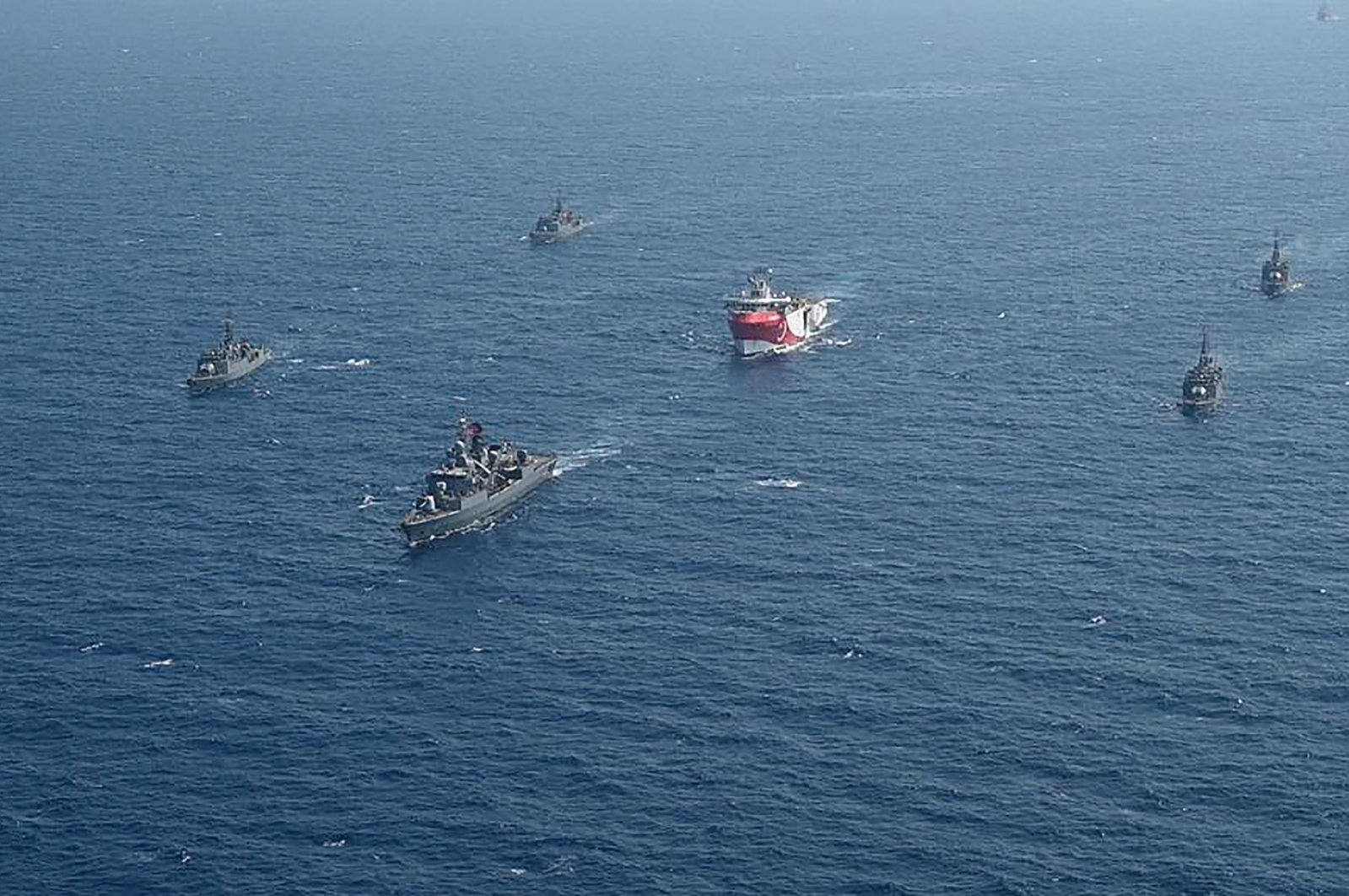 Turkey will continue its activities to explore oil and gas in the Eastern Mediterranean, President Recep Tayyip Erdoğan said Friday.

Turkey has been at odds with European Union members Greece and the Greek Cypriot administration over energy resources and jurisdiction in the region, and tensions flared last year when Turkish and Greek navy frigates escorted vessels exploring for hydrocarbons.

Speaking in the northwestern province of Sakarya, Erdoğan said Turkey had been receiving "signals of natural gas" in the Eastern Mediterranean and vowed to continue defending Turkey's rights in the region.

"Whatever our rights are, we will take them one way or another. And we will carry out our oil exploration operations in the Eastern Mediterranean, Cyprus, and all those seas," he said, without elaborating or providing a timeline.

EU leaders had threatened punitive measures against Ankara over its offshore activities but later froze those plans after Turkey withdrew a research vessel from contested waters.

Ankara has since been working to repair ties with the bloc and Athens.

After Turkey brought its Oruç Reis vessel back to port in November amid threats of EU sanctions, Ankara resumed direct talks with Athens after a five-year hiatus. The two sides have held two rounds of talks since January, but have said no immediate results should be expected.

Erdoğan's comments came a week after the EU promised 3.5 billion euros ($4.14 billion) for Turkey to continue hosting Syrian refugees until 2024. Ankara later dismissed it as insufficient and called on the bloc to take concrete steps to increase cooperation.

Brussels and Ankara also disagree over the divided island of Cyprus.

Turkish Foreign Minister Mevlüt Çavuşoğlu warned Thursday that it would resume operations in the Eastern Mediterranean if the EU and United Nations did not take steps on equitable sharing in Cyprus, after informal U.N.-led talks in April yielded no significant results.

The island has been divided since 1964 when ethnic attacks forced Turkish Cypriots to withdraw into enclaves for their safety. In 1974, a Greek Cypriot coup aiming at Greece's annexation led to Turkey's military intervention as a guarantor power. The Turkish Republic of Northern Cyprus was founded in 1983.